The Unitat de Tuberculosi Experimental (Experimental Tuberculosis Unit, UTE), was founded by Dr. Pere-Joan Cardona in 1997. It is located in the Can Ruti Campus as a unit of the IGTP and it is part of the Clinical and Experimental Research Group (2009 SGR 1485, led by Pr. V. Ausina) and the CRP-TB Consortium of the CIBERES net, funded by the Spanish Government; and linked to the University (Microbiology and Genetics Department, Faculty of Medicine, Universitat Autonòma de Barcelona). 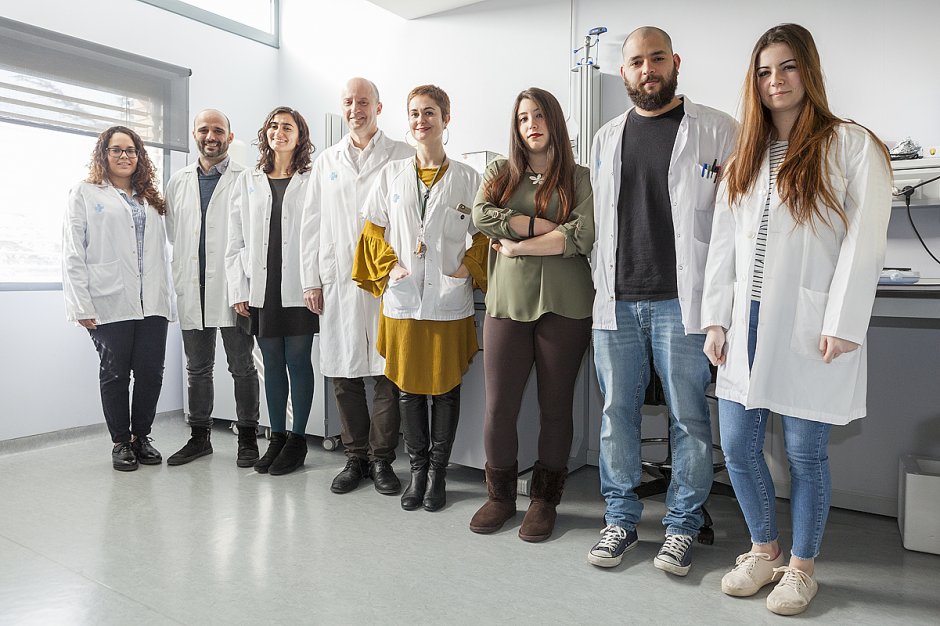 This research line is devoted to the design, develpment and characterization of new experimental models (in vitro, in vivo and in silico) to a) study and better understand TB course: TB infection and progression to active disease; b) to better mimic TB in humans; and c) to study the influence of comorbidities in TB (as does within the H2020 EU-funded Consortia TBVAC2020 (Grant nº643381)).

Evaluation of new prophylactic and therapeutic strategies against TB

The study of the immunopathology of the TB infection led Dr. Cardona to propose a new hypothesis (the Dynamic Hypothesis) to explain the Latent Tuberculosis Infection, and the design, patent and development of RUTI®, a therapeutic vaccine to shorten the chemotherapy of latent tuberculosis infection. RUTI® was evaluated in a successful Phase II Clinical Trial in SouthAfrica, and has also proved both a prophylactic and a post-exposure effect, generating 2 other patents. The vaccine was fully transferred to the biotech company named Archivel Farma S.L. for its manufacture under GMP conditions and further clinical development. Archivel Farma was created by created as a spin-off of the IGTP by Dr. Pere-Joan Cardona, and he was its scientific director during many years. Thanks to the RUTI® project, the UTE has become an international reference to evaluate new prophylactic and therapeutic strategies, particularly vaccine candidates, being contracted by several institutes and biotech & pharma companies (Archivel Farma S.L., Grup Ferrer, GlaxoSmithKline); and included in several international consortia ("Preclinical and clinical evaluation of a post-exposure TB vaccine" Consortium, funded by the Bill and Melinda Gates Foundation GC#12; and 3 european consortia funded by the 7th Framework Program of the EC (STOPLATENT-TB (200999), NEWTBVAC (241745) and NOPERSIST (FP7-SME-2008-1, 232188)).

Depending on the final aim of the contractor, we can provide a wide portfolio of experimental animal models and services to evaluate prophylactic/therapeutic strategies against Tuberculosis, including:

The recent research of the UTE on the evolution from latent infection towards active tuberculosis and the role that inflammation has in it, has led to a new patent and the creation of a new spin-off, Manresana de Micobacteriologia (MANREMYC) for the development of a new therapeutic strategy against TB, a food supplement called Nyaditum resae®. Dr Cardona is the CEO/CSO of this spin-off. For more info please see the Manremyc website.

This research line was created thanks to the Miguel Servet 1 personal contract awarded to Dr. Vilaplana (CP13/00174), and includes:

One of the main aims of the Unit is to collaborate and promote training and dissemination activities. The UTE has trained many people in animal experimentation, research on tuberculosis, vaccine development, knowledge & technology transfer and innovation. We continuously accept degree, masters and other students from very different fields (medical, biomedic, physics, bioengineering), and we often have open PhD positions. Please do not hesitate to check our blogsite from time to time and sending an email for vacancies or other opportunities.

The Unit has organized three successful international Symposia and we are now organizing a TB meeting in Empúries (L'Escala, Costa Brava, Catalonia): "Correlating Clinical and Experimental Pathology" (8-10th June 2016, in collaboration with the TBVI) with the aim to gather basic researchers and clinicians to discuss the contribution of experimental animal models in the TB research field, and how experimental animal models could better mimic human disease.