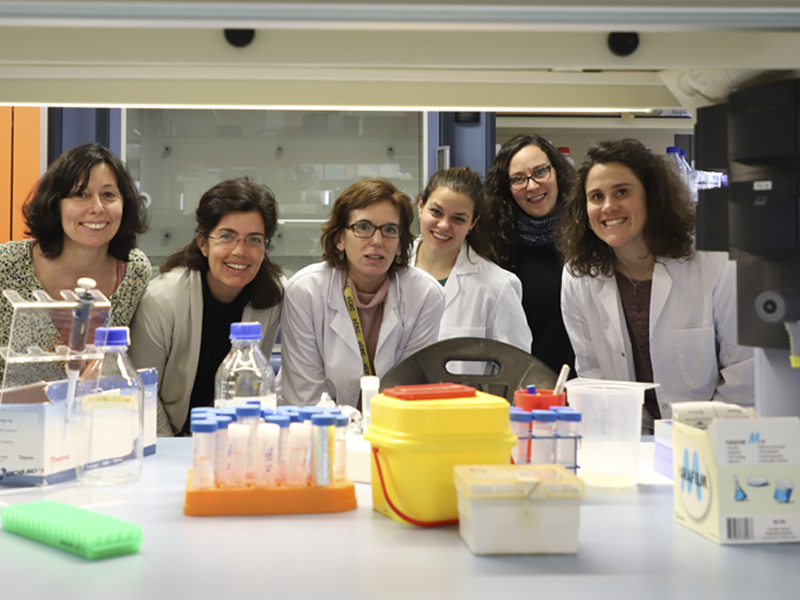 The Innate Immunity Group, led by Maria Rosa Sarrias has published two papers on their work on how cancer cells subtly retrain the body's immune system and subvert its natural defences.  In this case the group has worked on liver cancer, in conjunction with the Childhood Liver Cancer Group (C-Log), Marga Sala (Hepatology Unit, Department of Gastroenterology, Germans Trias Hospital) and doctors from a large number of hospitals, but they believe the mechanism may be important for the prognosis of many different cancers.

Liver cancer is extremely complicated to study.  In most adult liver cancers the organ has already deteriorated due to the effects of the accumulation of fats, infection, or alcohol abuse, or a combination of these. Teasing the biology of the cancer out from the other factors is a serious challenge. On top of this, the group is studying macrophages, important players in the immune system with an ability to change to perform both inflammatory and anti-inflammatory roles according to conditions. Few studies have described the state of macrophages in humans and this has required a preliminary work to categorize them to be able to compare the different states accurately.

Sarrias stresses the contributions of many different players to make the two papers, published in FASEB and Frontiers in Immunology, possible.  "This is a very cooperative research", she says. "Doctors from hospitals in Spain and abroad and members of the Spanish Biomedical Networks (CIBERehD) have collaborated and a great many analyses have been performed, including some by physicists who developed an algorithm for classifying macrophages in their inflammatory and anti-inflammatory stages and the different substances mediating the changes."

The Innate Immunity group study a protein called CD5L, which is involved in the inflammatory response in processes such as infection, atherosclerosis and cancer.  CD5L presence is a marker for increased tumour aggressiveness in liver cancer. The first paper describes how the researchers found CD5L not only in infected liver cells, but also in macrophages in the same tissue, that is to say in the immune cells that are one of the body's defences against cancer.     In liver cells, the CD5L was not interacting with its usual receptor but with a heatshock protein known to have a role in liver cancer.

The second paper describes how CD5L is involved in changing macrophages, switching the cells from their active protective role, when they remove foreign substances and diseased cells to a more pacific one, thereby effectively shutting down the body's own defence system.  The group have produced a way of identifying and categorizing macrophages so what state they are in can be identified and quantified.

Sarrias explains that she is particularly pleased to publish this part of their work now, as their project for "La Marató de TV3", which partially funded the work, as just drawn to a close.  "The TV3 Marathon Foundation is supported by donations from the public and they are always keen to hear what we are doing," she added.  "We want to thank all the doctors, patients and scientists who took part in this study, as well as the fundraisers