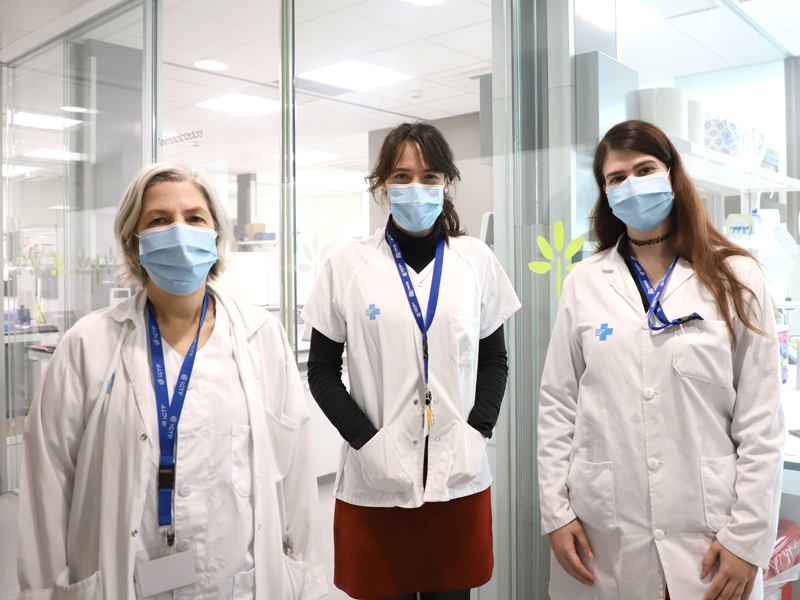 Lewy Body Diseases (LBD) are characterized by abnormal clumps of proteins forming in the brain. They include dementia with Lewy Bodies (DLB) and Parkinson disease (PD). Apart from the Lewy bodies both diseases share characteristics and both cause dementia. However, in other ways they are very different: the age of onset, the changes in brain structure and the speed the disease develops vary a lot. Additionally, treatments are very different and taking treatment for Parkinson disease can accelerate dementia in DLB patients. Currently there are no reliable clinically used markers to correctly diagnose the two diseases and many of the conclusive structural changes are only detectable after death.

The Genomics and Transcriptomics of Synucleinopathies Group led by Dr Katrin Beyer have been researching aspects of LBD for many years. In this study, published in the Journal of Molecular Science, they have focused on the gene coding for alpha-synuclein (SNCA), the protein implicated in the abnormal clumps, and in this work specifically on 5 of the gene's transcripts. Transcripts are small messenger molecules essential to translate the information coded in genes to the parts of the cell that create the proteins coded for. In this case they looked at five SNCA transcripts, all slightly different due to tiny changes in copies of the gene, but all frequently occurring. Importantly these transcripts are found in peripheral blood, so they can be sampled easily without surgery.

The results of the study showed that the transcripts do show different levels in Lewy body dementia and Parkinson, providing a potential means to differentiate between them. Of particular interest is the fact that one of the transcripts, SNCAtv3 has low levels in early DLB and high levels in early Parkinson.  "This makes it a very good candidate to differentiate between these two different diseases in the very early stages," says Katrin Beyer.  "This is absolutely essential for these patients, as they must be treated very differently and their diseases will progress very differently."