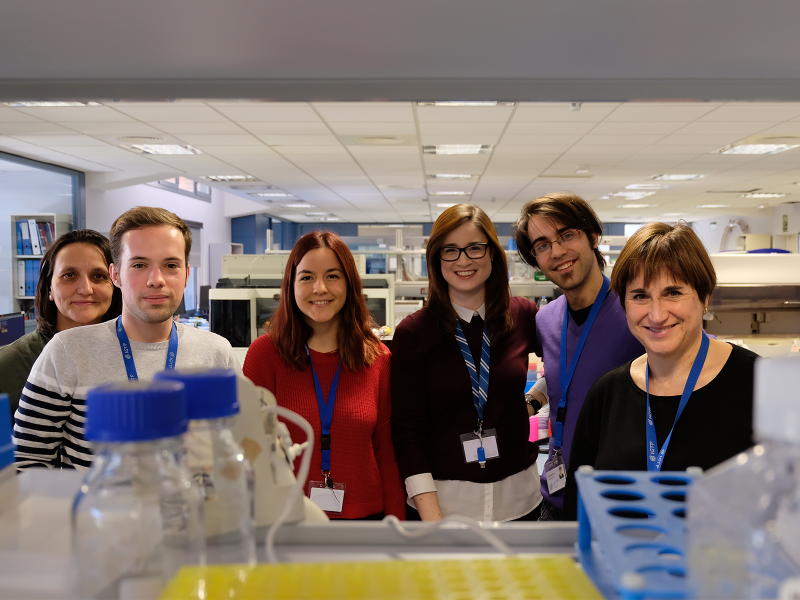 The Immunology of Diabetes Group, led by Marta Vives-PI has shown that levels of 4 subtypes of natural killer (NK) cells in the blood of Type 1 Diabetes (T1D) patients change through different stages of the disease. These cells have a complex role in the immune attack during T1D and have been implicated in both the destruction and protection of insulin-producing cells. This pilot study, published in Frontiers in Immunology, tracks the levels of 4 subtypes of NK cells and suggests that these cells are good candidate biomarkers for disease progression.

In T1D the body's own immune cells destroy the insulin-producing β-cells in the pancreas and the patient's ability to regulate their blood glucose. Researchers have long known about the honeymoon phenomenon in young patients: 60-80% of them often appear to get spontaneously better for as long as two years, cutting down on their need for medication, although usually the T1D later returns. But what are the biological functions that make this temporary improvement of β-cell possible and can predictions be made from blood tests that would help to treat patients better?

The immune system is made up of an orchestra of different cells with different functions and all communicating with each other by chemical signals. Although T cells are the key players in β-cell destruction, many other subtypes of cells are also involved. “It has been shown that levels of NK cells are altered in the blood of people with TD1, but little is known about how they are contributing to different stages of the disease”, says Laia Gomez-Muñoz, who carried out much of the work in the study. “We have run a pilot study to see if we can use these cells as biomarkers for the progression of T1D in children”, she adds.

In fact there are 4 different subtypes of NK cells in the bloodstream. All carry protein markers on their surfaces containing different levels of two subtypes of protein: CD56 and CD16. The different quantities of the two proteins on the cells may reflect the different functions that have been reported, including the destruction of the body's own cells and communications between cells, but also protection against auto-immune attacks.

The group took blood samples from young T1D patients when they were diagnosed both at Hospital Germans Trias i Pujol and Hospital Parc Taulí, when the honeymoon period started and in those who showed no improvement after 8 months, and a final sample after 12 months. They looked at the quantities of the different subtypes of NK cells, and also at the total amount of CD16 detected, and how this differed in patients who experience a honeymoon and those who didn't.

The results showed complex variations in the levels of the 4 different subtypes of NK cells during the initial stages of the disease. The team also saw that the overall level of CD16 fell over time. “This and other studies indicate that the role of the different NK cells is far from simple. They move in and out of pancreatic cells and at different times have a destructive or protective effect”, says Marta Vives-Pi. The varying levels in the blood indicate different biological processes that take place as the disease progresses. “This would make them ideal as biomarkers to map the progress in individual patients from a simple blood test”, she adds. The NK cells also lose CD16 as they interact with more and more cells, the lower levels indicating their exhaustion. This is the first step in the study of these specific biological processes. If we can measure them, we should be able to find out why the honeymoon happens, why T1D returns for some people and not others and what mechanisms are reversing T1D, with a view to harnessing them.