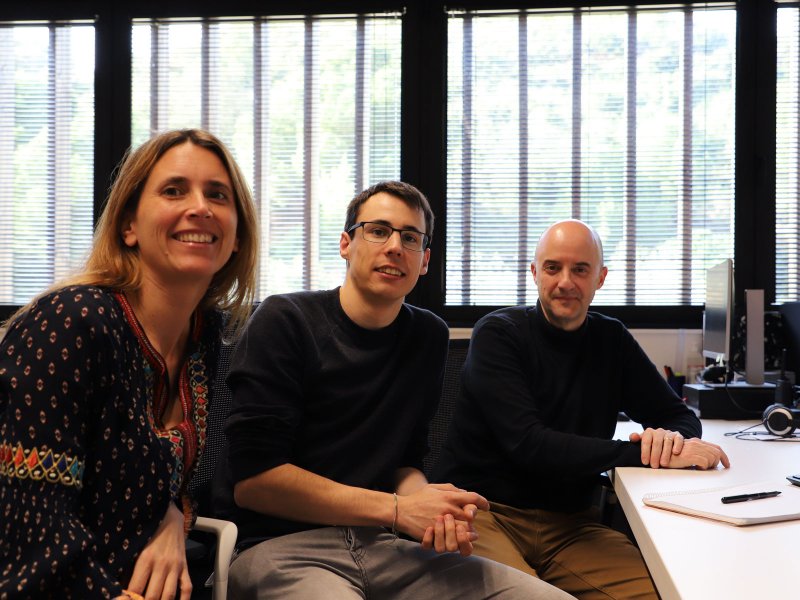 A team of researchers from the Computational Biology and Complex Systems research group (BIOCOM-SC) of the UPC and the Centre for Comparative Medicine and Bioimage (CMCiB) of the Germans Trias i Pujol Research Institute (IGTP) with the support of "la Caixa" Foundation, have developed a mathematical model to follow up the epidemic of COVID-19. The report that they have produced for the Strategy Office of the European Union is updated every day and includes predictions for Catalonia, Spain and the European Union. The model also serves to analyze the efficiency of the measures being established by different countries.

The research team, formed by Clara Prats; Sergio Alonso and Daniel López Codina of the Computational Biology and Complex Systems research group (BIOCOM-SC) of the Universitat Politècnica de Catalunya, BarcelonaTech (UPC); Martí Català of the Centre for Comparative Medicine and Bioimage Centre of the Germans Trias i Pujol Research Institute (CMCiB-IGTP) and Pere-Joan Cardona of the IGTP, have been analysing the data of incidences of COVID-19 in several countries for weeks. They have developed a mathematical model that allows them to quantify the situation for different zones (for example autonomous communities) and countries and produce a prediction of evolution over the next three days. The report, which they update and produce daily is sent to the Director General for Digital Excellence and Science Infrastructure of the European Commission led by Thomas Skordas. Researchers of the European Centre for Disease Prevention and Control from the Joint Research Centre and Imperial College London are also included in the team.

The mathematical model resulting from the work has been working for the last two weeks, making short term predictions for different European countries with a confidence level of 99% and therefore a correctly adjusted success rate for nearly all the predictions. Soon, when they are sure it is working, predictions for the following week will be included. The results of the model are included every day in the report on the situation sent to the European working group.

The report aims to provide a global picture of the situation of the pandemic of COVID-19 in European countries and to predict the situation for the coming days. Using an empirical model, checked against the number of confirmed cases in the countries where the epidemic is on the point of coming to an end, which includes all the provinces in China, the model does not predict the evolution of cases, but it does evaluate the quality of the control measures in place in each country and make a short term prediction.

It is important to bear in mind that the effects of measures implemented on one particular day are not seen until approximately five to seven days later. In line with this, for the Spanish case it is important to have the tool ready and working this coming weekend when it will be six days since the declaration of the State of Alarm. The availability of reliable tools like this can help in decision-making now, and above all help to manage future situations.

An updated version of the report with graphics and predictions for Catalonia, Spain and the European Union can be found daily at: https://biocomsc.upc.edu/en/covid-19

About the research team

The team that has elaborated this model is a multi-disciplinary group made up of bio-physicists and doctors, who work mainly on the incorporation of mathematical models to study the evolution of infectious diseases, the also use them as an alternative model to animal research.