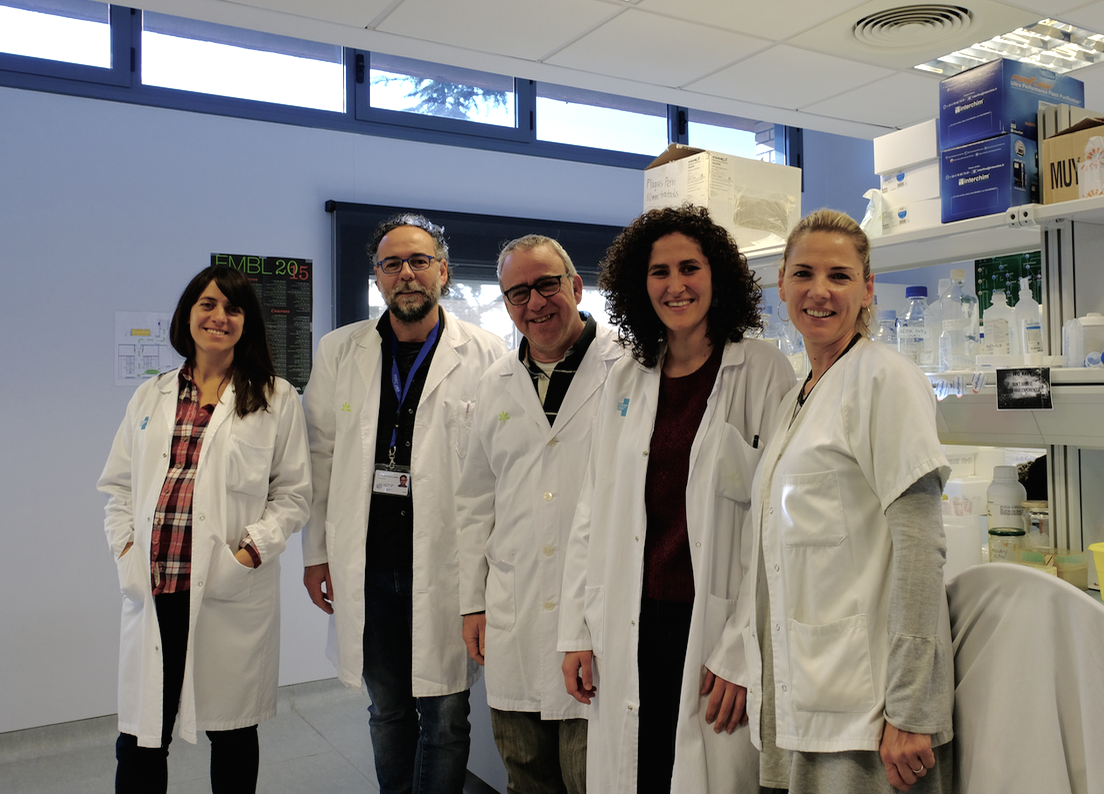 Researchers from the Germans Trias i Pujol Research Institute (IGTP) have described a new mechanism of mesenychymal stem cells for the modulation of the immune response seen in vitro and in a translational model for heart attack in pigs.

The study is the fruit of a collaboration between two research groups at the IGTP: IVECAT (Innovation in Vesicles and Cells for Application in Therapy), led by Dr. Francesc E Borràs and the Heart Disease Research Group (ICREC) , led by Dr. Antoni Bayés, member of CIBERV, the Networked Biomedical Research Centre for Cardiovascular Disease.  The results of the study have been published in the open access journal Frontiers in Immunology.

This work builds on previous studies by the ICREC group in which they showed that applying a patch of engineered tissue directly to a heart damaged by a heart attack enabled regeneration of heart tissue. "We knew that stems cells from the patched tissue were mediating the improvement," comments Marta Monguió Tortajada, researcher at the IGTP and first author on the paper, "and now this study helps explain why it works." The presence of stem cells is known to modulate which response the monocytes will have and this study shows how they determine this response.

To confirm these results, experiments were carried out in pigs that had had heart attacks and were then treated with stem cells delivered within engineered tissue patches, like a band-aid covering the dead tissue. The stem cells from the patch interacted with the monocytes in the tissue, inducing them to have an anti-inflammatory effect. These animals showed less damage to the heart and more repair than untreated pigs.

"This work is a very important step towards being able to repair the hearts of patients who have had a heart attack," says Monguió. "We need to do more work before we can use this in humans, but we are on the path towards being able to surgically apply patches of stem cells to damaged heart muscles in order to stop cells from dying and even to stimulate repair." At the moment, immune responses mean that patients can react badly to transplants and this can lead to rejection or auto-immune diseases.  Here we are on the path to using a patient's own stem cells to guide the immune system towards an anti-inflammatory and healing effect, leading to recovery from a heart attack.