The care and treatment provided to people who suffer an ischemic stroke can improve thanks to a technology developed in Catalonia. This is the purpose of Time is Brain (TiB), a start-up that arose from a scientific project carried out by the Hospital and the Germans Trias I Pujol Research Institute (IGTP), which has just received an investment by the European Union of almost 6 million euros in order for the hospitals to count on a pioneering device to manage acute ischaemic stroke.

Such device, which is called BraiN20®, is a non-invasive medical tool able to monitor continuously the brain viability of every patient from the very beginning of the symptoms of the acute ischaemic stroke and during the treatment. Its operation is based on the discovery of an electric signal that has been identified as a brain viability biomarker and that is registered using electrodes placed in the patient's fingers and head. The fact that it is based on a method that allows recording and analyzing the data rapidly and in real-time, at the patient's bedside, is one of the main strengths of the device.

BraiN20® determines which patients with this type of stroke -which is usually caused by a blood Clot in the brain- are most likely to benefit from a mechanical thrombectomy, the gold-standard treatment in these patients. It also reduces waiting times, which is crucial in these cases as a rapid action reduces brain impairment. Moreover, it helps detect early intra- and post-operative events, which has a positive impact on patient's prognosis.

The 5.8-million-euro economic injection by the European Innovation Council Accelerator of the European Commission (EC) aims to speed up the process so that the device can soon become a market reality. Namely, three Catalan hospitals will benefit from it this year: the Germans Trias, the Vall d'Hebron, and the Josep Trueta hospitals. In the upcoming months, a validation clinical trial will be carried out in these three hospitals, which is a necessary step for the device to enter the EC market. After that, by next year, the use of the device could be spread to other interested hospitals. 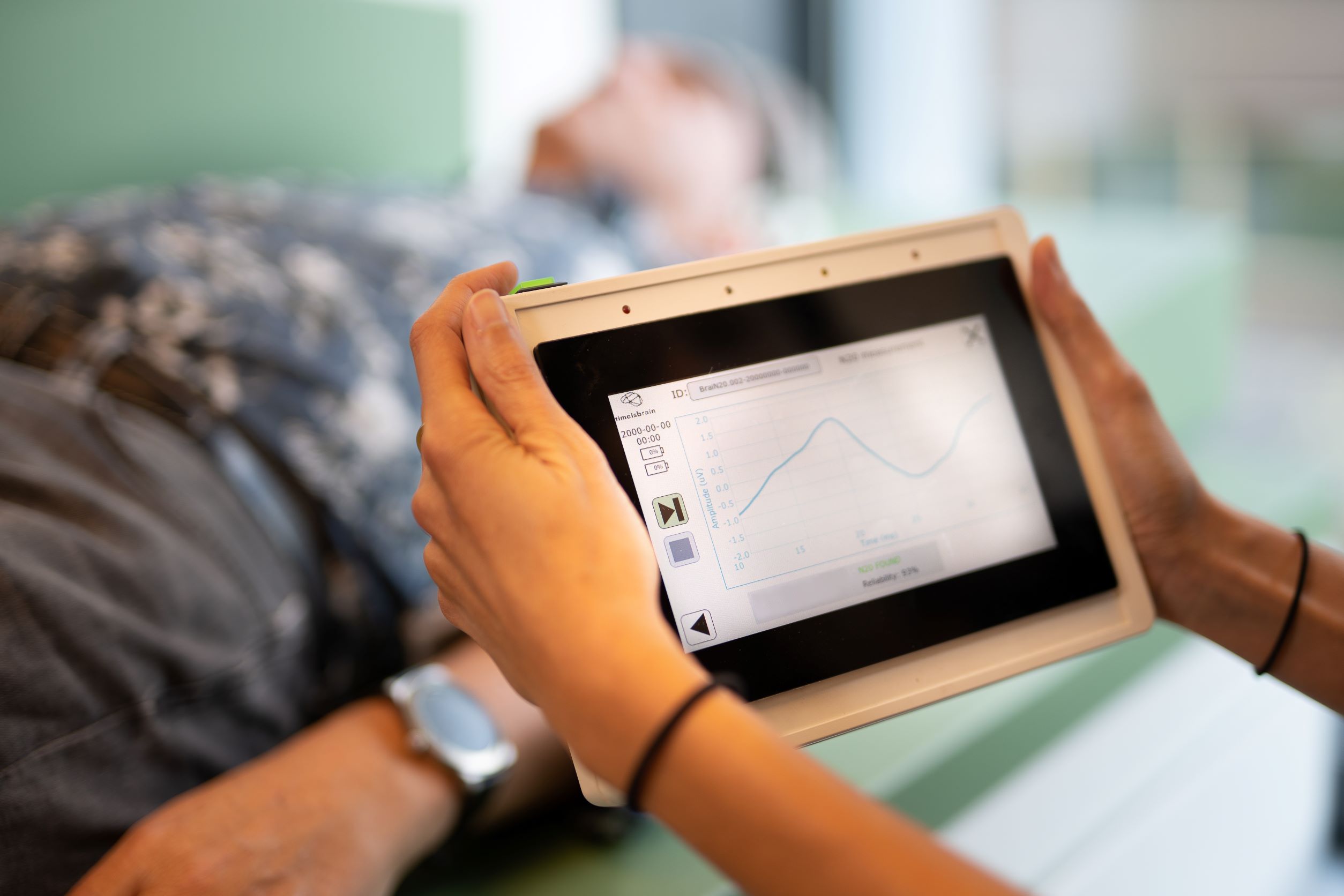 An 'electrocardiogram' for ischaemic stroke

Its development, clinical validation, and the final European authorization regarding its commercialization are the steps that will now be speeded up thanks to the economic injection received. This device will also improve the still limited efficacy of thrombectomy: 50% of people who suffer a stroke remain affected by a disability that prevents them from resuming their daily activities.

Much of this is explained by the lack of appropriate technologies that would permit "monitoring patients adequately and facilitate the decision-making before, during, and after the thrombectomy", assures Alícia Martínez Piñeiro, neurologist in the Germans Trias and CEO of the company. For her, BraiN20® is "like an electrocardiogram for stroke, because it allows monitoring and evaluating the electric activity of the brain in real-time since the very moment it occurs".

Antoni Dávalos, former clinical director of Neurosciences of the Germans Trias and international figure in the field of ischaemic stroke, and Jaume Coll also participate in this spin-off as cofounders. Indeed, this team hopes now to obtain the success that was worldwide reached years ago thanks to the clinical approval of thrombectomy, whose efficacy Dávalos had already demonstrated.

The long road TiB has travelled to get this close to the commercialization of BraiN20® has been full of activity and acknowledgement. Thanks to the support of the Fundació La Marató de TV3, it was decided to perform a clinical study between 2018 and 2020 to validate the technology on which the device is based in more than 200 real patients. It was then concluded that it is a better tool than the currently available ones to help in the decision-making at every moment when someone suffers an ischaemic stroke. Moreover, it has allowed the development of three prototypes that have been validated, with good results in more than 50 people.

Regarding the acknowledgements, before receiving this European fund, it had already been granted with others: private investment in a venture capital fund in 2021, the CaixaResearch call for Research and Innovation, the BStartup Health program of the Banc Sabadell, and the NEOTEC and Torres Quevedo-CDTI programs of the Spanish Ministry of Science and Innovation.

Every year, 80 million people suffer a stroke worldwide, with 84% of them being ischaemic. It constitutes the second cause of mortality and the leading one of disability in the world. In financial terms, it represents a cost of 45,000 million dollars and of 38,000 million euros yearly in the USA and the European Union, respectively. The TiB team assures that the use of BraiN20® could entail 7.2 more years of quality of life per patient and, only in Europe, savings of 2,600 million euros yearly.