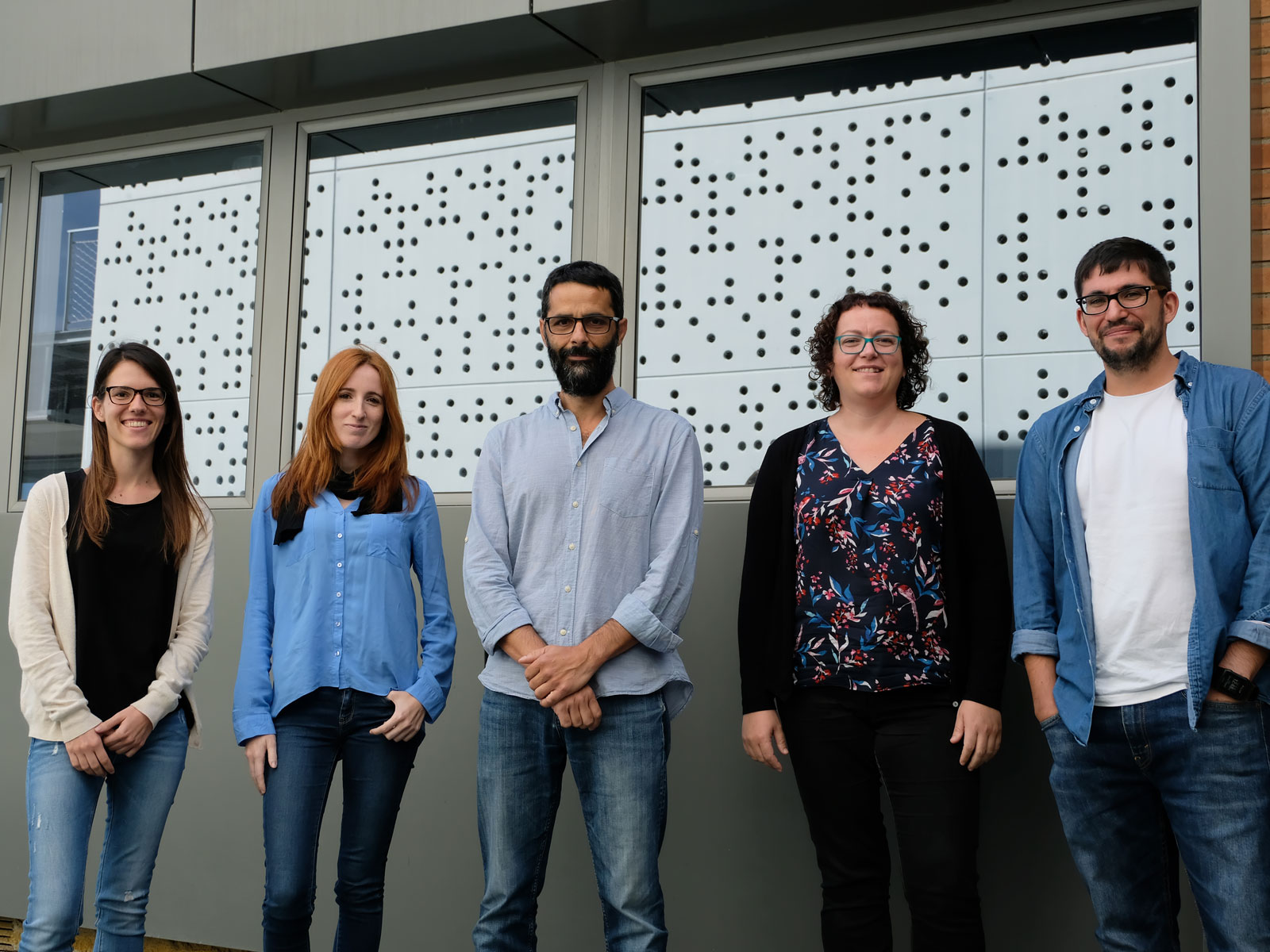 An International consortium discovers various genetic markers associated with infection by SARS-CoV-2 and the severity of covid-19. The IGTP forms part of the consortium with the GCAT|Genomes for Life Project, a population cohort of 20,000 people from across Catalonia. The GCAT has contributed the analyzed data of 5,000 participants to the study.

The genetic make-up of an individual contributes to the susceptibility and response to viral infections. In March 2020 thousands of researchers from around the world united to respond to an urgent and complex question: what are the genetic factors that that mean that some patients with covid-19 develop serious disease that threatens their lives and requires hospitalization, while others present with mild symptoms, or are asymptomatic?

A comprehensive summary of their findings to date, published in Nature, reveals 13 loci, or locations in the human genome, that are strongly associated with infection or severe COVID-19. The researchers also identified causal factors such as smoking and high body mass index. These results come from one of the largest genome-wide association studies (GWAS) ever performed, which includes nearly 50,000 COVID-19 patients and two million uninfected controls from 61 cohorts from 25 countries. Amongst these is the GCAT|Genomes for Life, a strategic project of the Germans Trias i Pujol Institute (IGTP), which has contributed the genomic and clinical information of 5,000 volunteers. Only two other centres in Spain have contributed data for this first study, they are el GENYO (Granada) and l'IDIPAZ (Madrid).

This global effort, called the COVID-19 Host Genomics Initiative, was founded in March 2020 by Andrea Ganna, group leader at the Institute for Molecular Medicine Finland (FIMM), University of Helsinki and Mark Daly, director of FIMM and institute member at the Broad Institute of MIT and Harvard. The GCAT joined in April 2020, right at the start of the project. "From the very beginning we saw the need for cooperation between groups from different countries to provide rapid solutions to this global problem.  The GCAT has been an example of how to achieve this," explains Dr Rafael de Cid, Scientific Director of the GCAT at the IGTP. The initiative has become one of the most extensive collaborations in human genetics and currently includes more than 3,300 authors from 25 countries.

To do their analysis the consortium pooled clinical and genetic data from the nearly 50,000 patients in their study who tested positive for the virus, and 2 million controls across numerous biobanks, clinical studies and direct-to-consumer genetic companies such as 23andMe. Because of the large amount of data pouring in from around the world, the scientists were able to produce statistically robust analyses far more quickly, and from a greater diversity of populations, than any one group could have on its own.

Of the 13 loci identified so far by the team, two had higher frequencies among patients of East Asian or South Asian ancestry than in those of European ancestry, underlining the importance of diversity in genetic datasets. The researchers highlight one of these two loci in particular, near the FOXP4 gene, which is linked to lung cancer. The FOXP4 variant associated with severe COVID-19 increases the gene's expression, suggesting that inhibiting the gene could be a potential therapeutic strategy. Other loci associated with severe COVID-19 included DPP9, a gene also involved in lung cancer and pulmonary fibrosis, and TYK2, which is implicated in some autoimmune diseases.

From the consortium, based at FIMM scientists have prioritized communication as the scientists analyzed data, immediately releasing results on their website after they had been checked for accuracy. The researchers will continue to study more data as they come in and update their results through the "Matters Arising" format at Nature. They will begin to study what differentiates "long-haulers", or patients whose COVID-19 symptoms persist for months, from others, and continue to identify additional loci associated with infection and severe disease.

"We'd like to aim to get a good handful of very concrete therapeutic hypotheses in the next year," said Mark Daly, one of the founders of HGI. "Realistically, we will most likely be addressing COVID-19 as a serious health concern for a long time. Any therapeutic that emerges this year, for example from repurposing an existing drug based on clear genetic insights, would have a great impact."

Beyond the battle with covid-19, the findings published by the consortium could help to find targets for future therapies and they illustrate the power of genetic studies, while at the same time learning more about infectious diseases.

GCAT: An active cohort that is constantly growing

The researchers in the consortium have been able to find strong genetic signals thanks to the efforts put into collaborating and data sharing in the context of an emergency in which the whole world faced a common threat at the same time. Altogether this has been possible by combining data from cohorts such as the GCAT at the IGTP, which describes the genomic information of a population of 20,000 people in the region of Catalonia in a standardized way, making it possible to connect genetic and environmental factors and study all types of diseases. "The GCAT data has been used in dozens of studies of diseases such as cancer, cardiovascular and respiratory disease or diabetes," explains Rafa de Cid. "With the arrival of covid and with the support of volunteers we were able to rapidly update the GCAT cohort with various projects that have allowed us to complement the data with information associated with covid". This is one of the values for which the GCAT has formed part of this international consortium from the early weeks.

During 2020 the GCAT participants were contacted and invited to respond to a first questionnaire with questions about the infection, their life habits and how the virus has affected them along with the confinement measures for them and those surrounding them (COVICAT study: covid-19 cohort in Catalonia, coordinated together with the Institute Global Health in Barcelona (ISGlobal)). During 2021 contact was renewed with the participants through new follow-up questionnaires to update and learn more about any changes brought about by the covid-19 disease during the coming years (COVICAT-CONTENT-Cohort covid-19 in Spain). This study includes serological studies to understand the degree of infection and the dynamics of immunity to the SARS-CoV-2 virus.

"The information collected and structured within the framework of the GCAT project is of enormous scientific value. It is highly relevant for participation in studies both at national and international level and this has been shown by the participation in this international consortium," comments Dr Jordi Barretina, director of the IGTP. "Global research is focussing on what is called precision medicine and the genetic composition of individuals will be key to advance in this direction. This is why dynamic cohorts like the GCAT are such an asset for research," he adds.