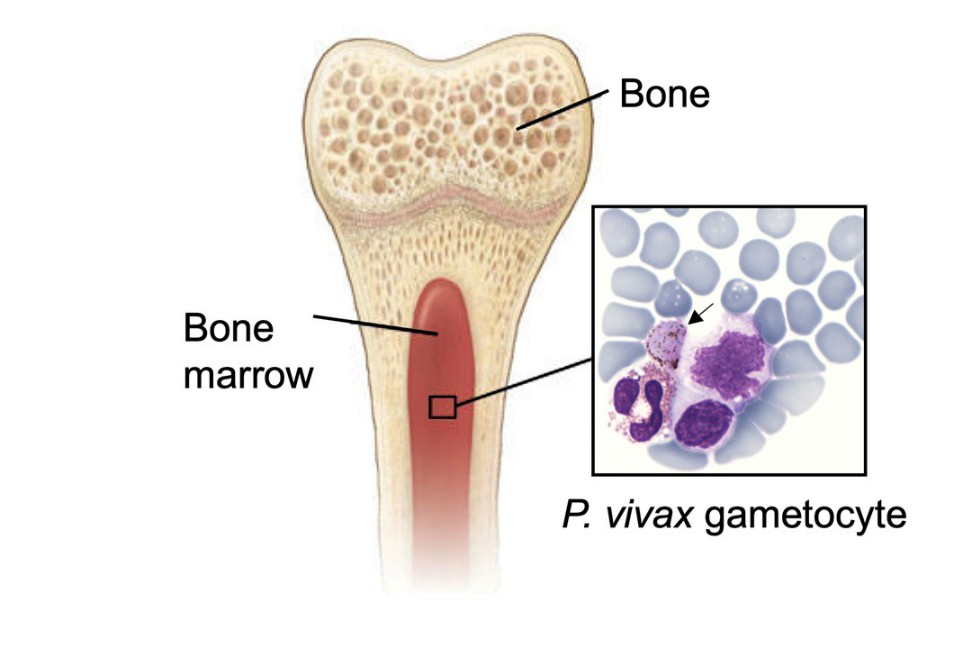 Three groups from the IGTP have collaborated on a study of the parasite Plasmodium vivax with several Brazilian groups. The paper published in the Journal of Infectious Diseases provides proof of the presence of P. vivax in bone marrow during infections, something which has been controversial until now. They also showed that it disrupts normal red blood cell production, as well as altering the immune response.

Hernando A del Portillo, ICREA Research Professor and Carmen Fernández, both at ISGLobal and co-leaders of the IGTP Plasmodium vivax and exosome research (PVREX) group; Maria Pilar Armengol of the Translational Genomics Facility and Lauro Sumoy, of the High Content Genomics and Bioinformatics Facility all contributed to the paper published in the Journal of Infectious Diseases. The PVREX group have published several works on P vivax in the spleen, but its presence in bone marrow had not been demonstrated unequivocally before. Plasmodium vivax is found in many countries and is responsible for 7 million cases known cases of malaria every year, in some cases causing severe disease or death. It has a complex lifecycle and can evade the body's defences; immature forms hide in the liver and re-emerge to cause a relapse, so much of the time it is not detectable in blood. More detailed knowledge of how behaves in human bone marrow could also provide clues to ways to combat it.
In the study bone marrow from 7 patients was studied during an acute attack of malaria and 42 days after its treatment with drugs. The team extracted cells and carried out studies to identify if the parasite was present and how it was affecting the functioning of genes in the bone marrow cells, which produce red blood cells, amongst other functions.
What they found was that the parasite was indeed present in bone marrow during infections and that it was affecting the function of genes required for the normal production of red blood cells, so fewer were being produced. It was also affecting genes responsible for a correct immune response.
"This is an elegant study to demonstrate something that has been much debated since 1894," explains del Portillo, one of the two researchers who planned the research. "We have shown that the P. Vivax parasite is indeed found in the bone marrow during infections, as well as the parts of the body that we already knew about, and that it is disrupting the normal functions of this tissue. This is another place where it can evade detection and treatment, something that now should be addressed," he concluded.