The malaria parasite ‘P. vivax’ can remain in the spleen upon expression of certain proteins

This could represent an additional challenge for eliminating the parasite 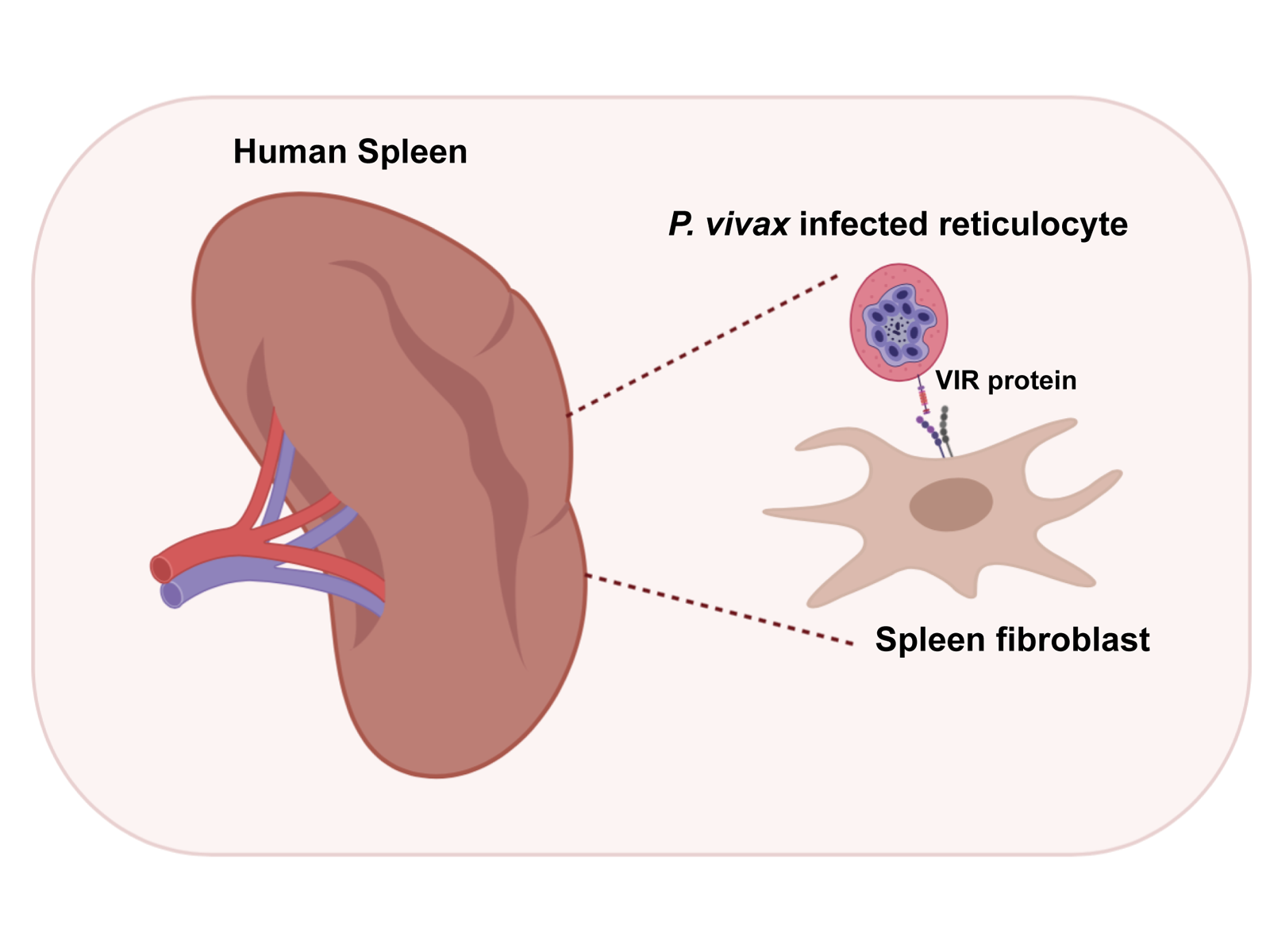 The malaria parasite Plasmodium vivax can adhere to human spleen cells through the expression of so-called variant proteins. These are the conclusions of a study led by the Barcelona Institute for Global health (ISGlobal), an institution supported by "la Caixa" and the Germans Trias i Pujol Research Institute (IGTP). The results, published in PNAS, suggest that this could represent an additional challenge to eliminating the disease.

Malaria by P. vivax is the most widespread form of the disease outside the African continent and is responsible for 7.5 million cases every year. Even if it is considered les lethal than P. falciparum malaria, it can cause severe symptoms and even death. One of the enigmas of P. vivax infection is its capacity to cause severe symptoms despite low levels of parasites circulating in the blood. Recent studies suggest this could be due to the parasite 'hiding' in the spleen, challenging the dogma that the organ's sole function is to eliminate red blood cells infected by the parasite.

In this study, the team led by Carmen Fernandez-Becerra and Hernando A del Portillo investigated the spleen's role in P. vivax infection. To do so, they infected monkeys that lacked - or not - a spleen, and compared the expression of over 5,000 genes in parasites recovered from these animals. They identified 67 genes that were only expressed in the presence of a spleen. Most of these genes belonged to variant protein families. The authors then showed that one of the genes belonging to the VIR family promotes parasite adherence to human spleen cells, but not to lung cells. The authors also demonstrated that these proteins are recognised by our immune system. They found antibodies against these proteins in serum samples from 383 children from Papua New Guinea diagnosed with the disease. Moreover, antibodies against one of these proteins (HYP1) were associated with protection against clinical episodes during the follow-up period.

"These results suggest that the spleen plays a double role in malaria pathology," explains Hernando A del Portillo, ICREA researcher at ISGlobal. "On one hand, it destroys infected red blood cells; on the other hand, it represents a niche where infected red blood cells can adhere, thereby explaining the low number of circulating parasites in malaria vivax. These findings can also help us find new vaccine targets and exposure markers," he adds.

"This also means that, together with the bone marrow, the spleen is another organ where the parasite can hide, thereby challenging the elimination of these cryptic infections," says Carmen Fernández-Becerra, first author of the study.