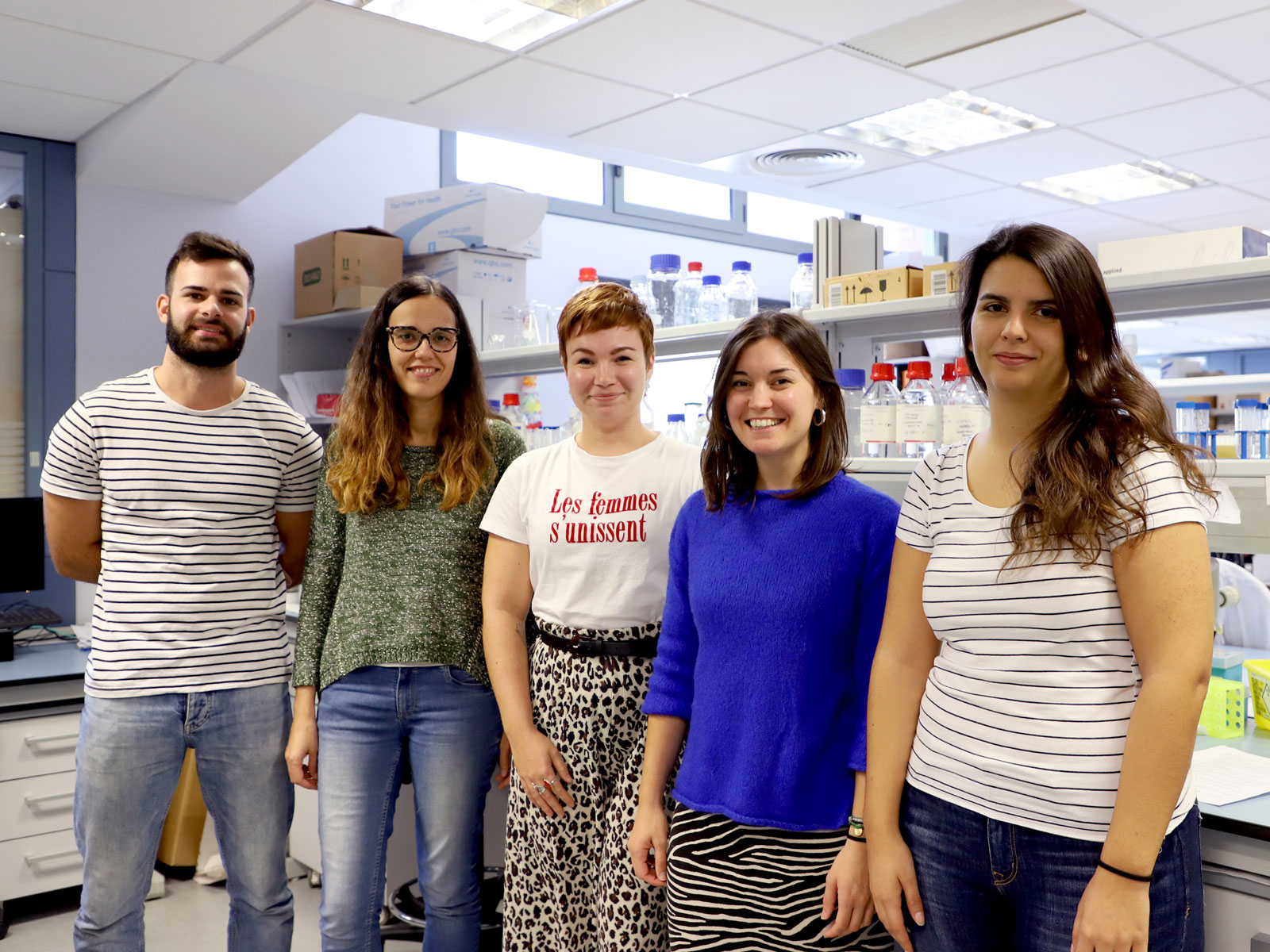 The Neuromuscular and Neuropediatric Group at the IGTP, led by Gisela Nogales-Gadea have identified a subset of patients with an atypical type of myotonic dystrophy type 1 (MD1), which develops later and with more severe symptoms than usual. This has important implications for diagnosis of these patients, who can be misdiagnosed or not given the correct prognosis. It is also vital for managing the disease correctly in patients and their families. The study has been published in Human Mutation.

The Neuromuscular and Neuropediatric Group at the IGTP, led by Gisela Nogales-Gadea have identified a subset of patients with an atypical type of myotonic dystrophy type 1 (DM1), which develops later and with more severe symptoms than usual. As DM1 is a genetic disease and carried in families it is important identify the mutations that lead to the onset of the disease and understand the exact type patients have to help them manage the effects and provide genetic counselling for other family members.  The study recently published in Human Mutation provides more information on the complexity of diagnosing DM1 and identifies a group of people who could develop DM1 later in life than expected with very severe symptoms that leave them severely disabled. Patients with this type can be misdiagnosed as having a different neurological condition, or as it has been generally thought that this form of the disease was associated with mild symptoms.

DM1 is a genetic disease passed from parents to children and the cases of DM1 tend to get more severe in families carrying the mutations. Typically the first cases diagnosed are of older people who have milder symptoms, the next generation have inherited more mutations and tend to develop more severe symptoms at earlier ages, often when they already have young children, who are usually the most severely affected of all.

The disease is caused by mutations on the DMPK (myotonic dystrophy protein kinase) gene, in which part of the genetic code, CTG, is repeated, usually in a continuous chain. In general the more repeats a person has the earlier the onset and the more severe the symptoms.  However, there is a group of people for whom the CTG repeats in their genes are not in a continuous chain, but interrupted by other bits of code, this type of the disease is called interrupted DM1. The general thinking has been that patients with interrupted DM1 generally have milder symptoms than cases of uninterrupted DM1. Until now there was not much information on these different mutations and how they can be used to predict the symptoms an individual will develop.

"Our aim is to refine our understanding of how different mutations affect how the disease progresses so that doctors make better diagnoses and can help these families manage the disease and also take important life-changing decisions," explains Alfonsina Ballester-Lopez who carried out much of the work.

The team studied 49 patients, including some with interrupted DM1, whose symptoms had been carefully described, five of these patients were from a single family. Researchers used different techniques to examine the fine detail of their mutations.  The study revealed that the disease in this family did not progress as predicted for typical DM1 and some members developed the disease later than expected and with more severe symptoms. "Research shows that there are many different variations of this disease, which can have devastating consequences for families," says Nogales-Gadea. "This study identifies a type that was previously often not diagnosed as a neurological condition, or not identified as DM1 because it did not have the typical symptoms. This family provides evidence that although this was thought to be milder form with fewer symptoms, this is not the case, the symptoms are severe, they just start later in life.  We believe this work will have important implications for the way DM1 is diagnosed and how individuals and families are advised by their doctors."

What is myotonic dystropy type 1?

Myotonic Dystrophy type I or Steinert disease is a rare disease, but the most common form of inherited muscular dystrophy in adults, it affects one in every 8,000 people. It affects a wide variety of functions in the body and symptoms include muscle weakness, stiffening of muscles (myotonia), respiratory failure, heart problems, cataracts and hormonal imbalances. There are five sub-types categorized by the phase of life when symptoms appear: congenital (under one month), childhood (1 month - ten years), juvenile (10-20), adult/classic (20-40) or late onset (over 40). The congenital and childhood forms can mean that individuals have severe learning difficulties and extreme disability.

In classic DM1 the symptoms are more severe the younger the patient when the symptoms appear so in general it was thought that cases occurring in older people were usually milder.

DM1 is caused by large numbers of repeated bits of code in the genetic material. Because the mutations affect eggs and sperm cells the repetitions can increase at each generation, so in general the disease appears earlier and in more severe forms in successive generations. This makes it a particularly cruel disease in that three generations can be diagnosed more or less at the same time, with the youngest members being worst affected.

This research by Gisela Nogales‐Gadea  and  Alejandro  Lucia  has been  funded  by  the Instituto  de Salud Carlos  III (grant numbers PI15/01756, PI15/00558,  and  PI18/00713) and co‐financed  by Fondos  FEDER from the European Union.  Gisela  Nogales‐Gadea has a Miguel Servet research contract (ISCIII CD14/00032, ISCIII CPII19/00021 and FEDER) and a Trampoline Grant #21108 from AMF Telethon. Alfonsina Ballester‐Lopez is funded by an FI Agaur fellowship ref. FI_B 01090 from the Government of Catalonia and Emma Koehorst is funded by the "La Caixa" Foundation (ID 100010434, fellowship code LCF/BQ/IN18/11660019), which is co-funded by the European Union's Horizon 2020 research and innovation program under the Marie Skłodowska‐Curie grant agreement n°713673. Ian Linares‐Pardo is funded by CP14/00032. Judit Núñez‐Manchón is funded by AFM Telethon Trampoline Grant #21108.  Giuseppe Lucente is supported by a Rio Hortega contract (ISCIII CM16/ 00016 and FEDER). Gisela Nogales‐Gadea is a member of the Spanish Biomedical Network for Rare Diseases CIBERER.