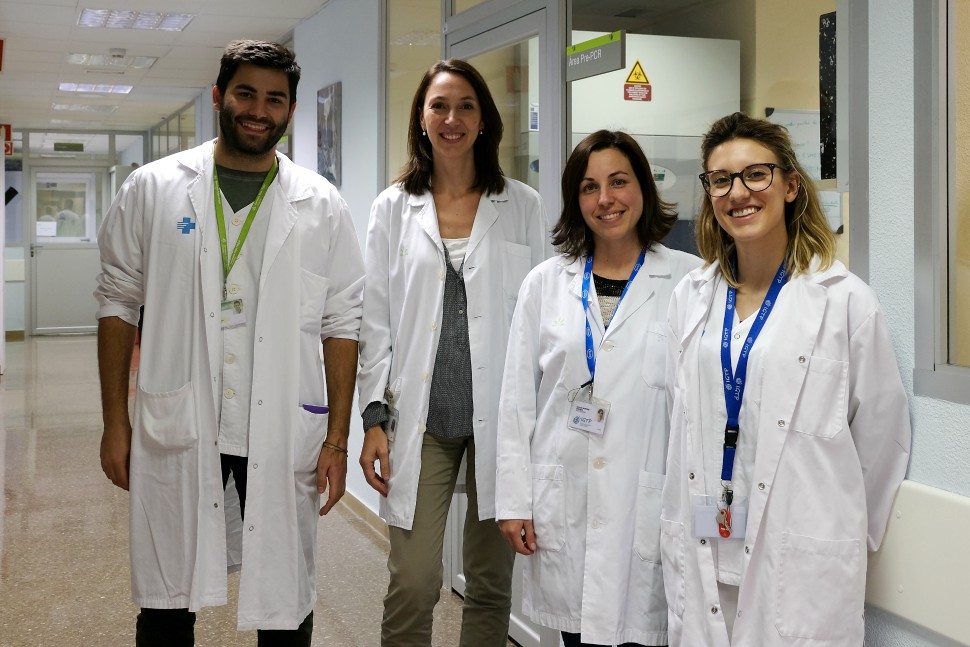 Researchers from the Germans Trias i Pujol Hospital and Institute have developed and successfully validated a new one-step screening method to diagnose active hepatitis C virus (HCV) infection in people who inject drugs. The new method  will permit better planning of future more effective actions to improve diagnostics and treatments for this vulnerable group. The study also estimated the prevalence of HCV infection in this community and showed that many people tested do not know that they are infected.

In previous work the team developed an assay to detect HCV RNA from minimally invasive samples (a few drops of capillary blood obtained from a finger prick and dried on a paper card). In this study they have validated their method as a means to test for viremic HCV infection in a single step (removing the need for previous antibody screening).  This method is easier to administer to people who inject drugs who attend harm reduction services than the current standard two-step diagnostic method (rapid antibody screening followed by referral to care for HCV RNA after confirmation by a venous blood test). They have also estimated the overall viremic HCV infection rates for people who inject drugs in the harm reduction services in the Barcelona province of Catalonia, Spain, which was previously unknown, and discovered that a large proportion of those infected do not know that they are. 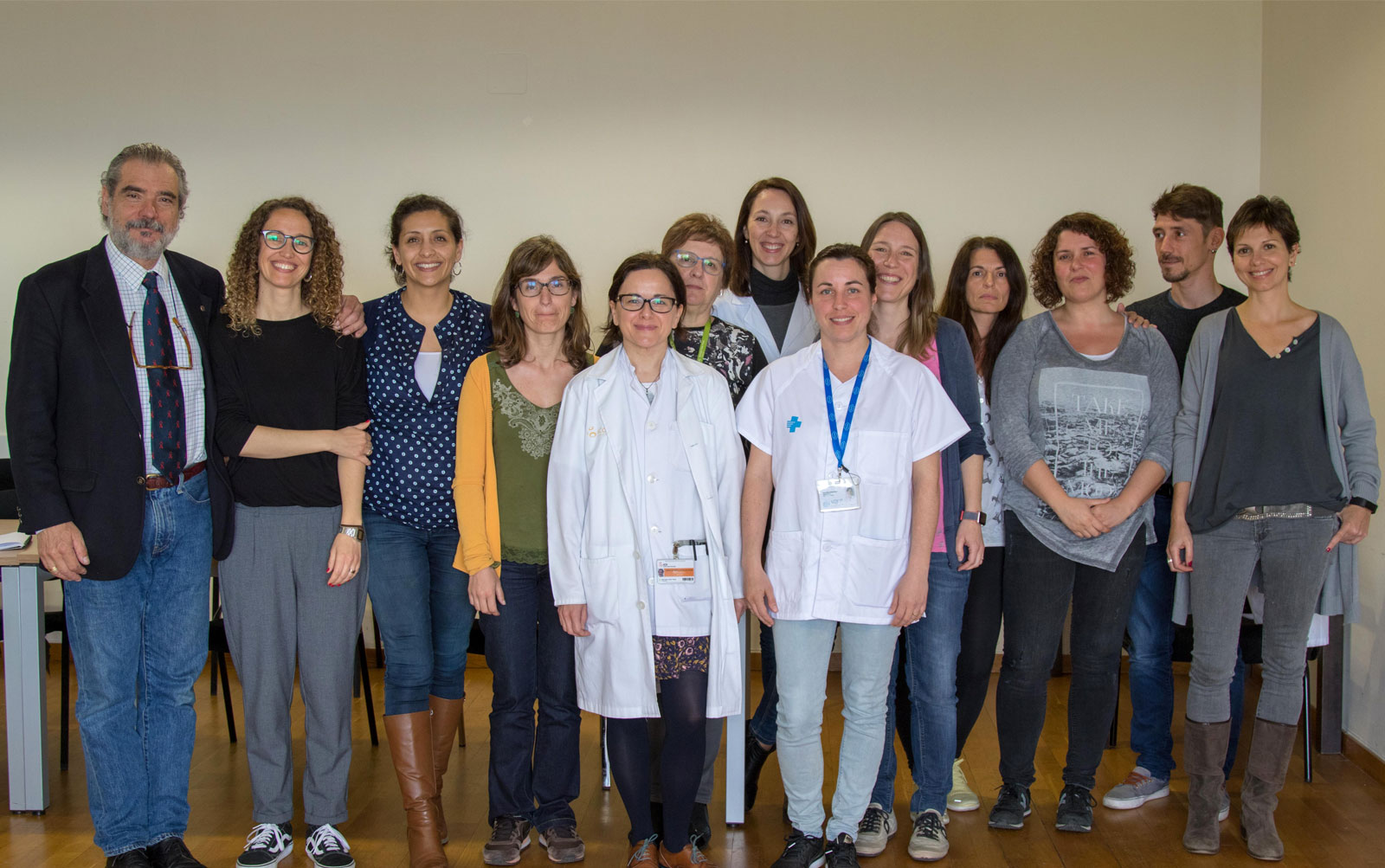 Verónica Saludes from the Clinical Virology and New Diagnostic Tools Group at the IGTP is the first author of the study. Elisa Martró, leader of the group, explains, "This is another step in our continuing work to reach the World Health Organization's target of 90% diagnosis and 80% treatment by 2030 to eliminate HCV infection as a major public health threat. This work is coordinated within the first Plan for the Prevention and Control of hepatitis C in Catalonia, designed in 2017 and recently approved. It has been made possible by the collaborative work of Group 27 of the CIBERESP Network, with researchers from the Department of Microbiology of the hospital and the Centre for Epidemiological Studies on Sexually Transmitted Infections and HIV/AIDS of Catalonia (CEEISCAT). Cinta Folch, a CEEISCAT researcher, is the second author on the paper and has carried out the epidemiological analysis. The work was also supported by the Public Health Agency of Catalonia (ASPCAT).

People who inject drugs usually attend the network of harm-reduction services, where they can obtain sterile injection materials and get access to other services. The new test means that they can give a blood sample by a non-invasive finger prick test. The blood is dried on a special paper card  and the cards are shipped to the laboratory for testing;  the results can be delivered at a second visit at the harm reduction centre. This is much easier to administer than the standard test currently being used in healthcare centres because capillary blood samples are easier to obtain than venous blood ones, they do not have to be taken by professional nurses and they do not have to be refrigerated to send to the laboratory.

"Even more importantly it is only one step," says Saludes, "The standard two-step diagnostic method  requires a blood test to look for antibodies against HCV infection, and for those cases that test positive for the antibody a second test is carried out to confirm if there is currently virus in the blood of the patient. As we have observed that about 8 out of 10 people who inject drugs are positive for antibodies; with the new validated testing strategy we look for the virus directly, which will tell us if the person needs treatment or not in a single step."

HCV infection can be successfully treated and cleared with the right treatment, but this requires an efficient diagnosis. People who inject drugs face many problems including not having access to regular healthcare. If they do attend, they often fail to return for results and either do not receive or do not complete their treatment. To reach the World Health Organization's global targets it is very important to tackle all sectors of the population, including this group of particularly vulnerable people, who are particularly affected by this and other blood-borne infections. Making the test less invasive and easier to take is key to getting risk groups, such as people who inject drugs, to take it.

"The study has produced three important conclusions," says Martró. "Firstly that this one-step method performed as well as the standard two-step method currently being used and fulfilled the WHO's guidelines on requirements for tests offering an improved access to diagnosis. Secondly, for the first time we have estimated the prevalence of viremic HCV infection among people who inject drugs in Catalonia at 58.5% and this is essential to plan programmes to eliminate it. Thirdly, we have identified that many people infected did not know that they were, meaning that they would not seek treatment. This will help us plan future campaigns to diagnose and treat this infection more effectively in the future in Catalonia. Additionally, this new test will be useful to monitor our progress towards the elimination of hepatitis C in people who inject drugs."

The HepCdetect II Study was partly funded by the competitive Fellowship Program from Gilead Spain (grant number GLD16-00135, 2017-2018), but Gilead had no other role in the study. It was also funded by the Instituto de Salud Carlos III/FEDER, European Union (grant number PI15/000284, 2016-2018). Elisa Martró was funded by a Miguel Servet position for researchers in the Spanish National Health System (Instituto de Salud Carlos III/FSE, European Union, grant number CPII15/00028, 2016-2019).