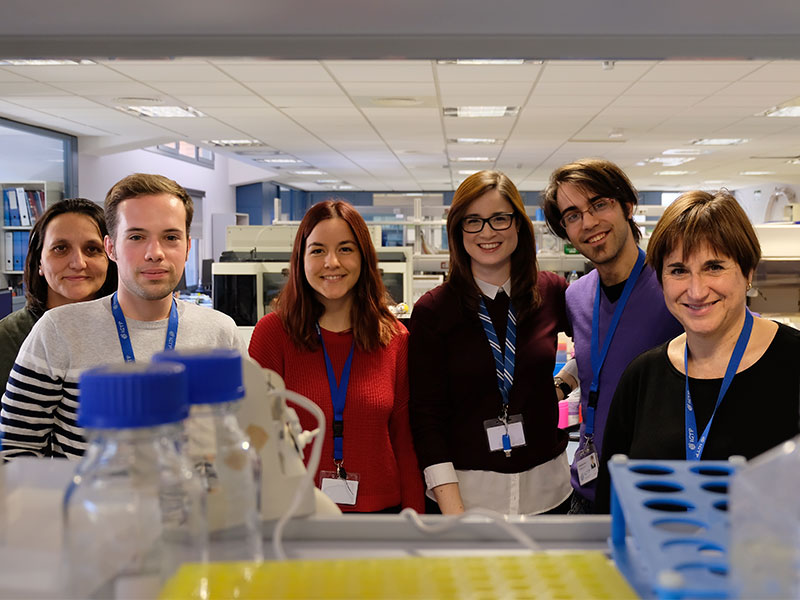 The Immunology of Diabetes Group at the IGTP has published its first results for their new research line on type 1 diabetes (T1D) in children, focused on the mechanisms of the re-establishment of tolerance in children at the start of the disease and the definition of new biomarkers for its remission. In a preliminary study, published in the journal Translational Research, the researchers have tried to identify new biomarkers that indicate the immune-regulatory changes during the first two years of progression of paediatric T1D and the phases of remission. The development of this line of research is funded by DiabetesCERO Foundation, founded by a patients' association.

One of the recognized characteristics of diabetes type 1 is what is known as the partial remission phase, also called the honeymoon. Patients experience a reduction in the need for the administration of insulin and this typically occurs between six months and two years after diagnosis, that is to say, when the patient starts treatment. During this partial remission, the need for insulin can drop by up to 50% and this can mean it is confused with a misdiagnosis of the disease. Although the mechanisms of this partial remission are little known, it is probable that it is due to metabolic changes and a partial recovery of immunological tolerance.

The current study, led by Dr Marta Vives-Pi and Adrian Villalba, has identified alterations in the levels of molecules related to the immunological and endocrine systems and other changes in immune-regulating cells circulating in the blood. "These changes probably reflect an attempt to recover self-tolerance in the initial stages of T1D in children," explains Villalba, "Eventually, they could serve as potential biomarkers to characterize the progression of T1D." They have identified five candidate biomarkers in a cohort of paediatric patients from the Germans Trias Hospital.

The next steps are to widen the cohort and include big data in the study. Starting with the honeymoon period, the objective will be to identify biomarkers that will be able to differentiate between the different phases of T1D. Some clinical trials for this disease fail because it is not yet possible to stratify the patients and separate out those at different stages and the initial remission stage may help to improve the precision." Because of this," says Villalba, "the new biomarkers could be the key to identifying new patients suitable for clinical trials."