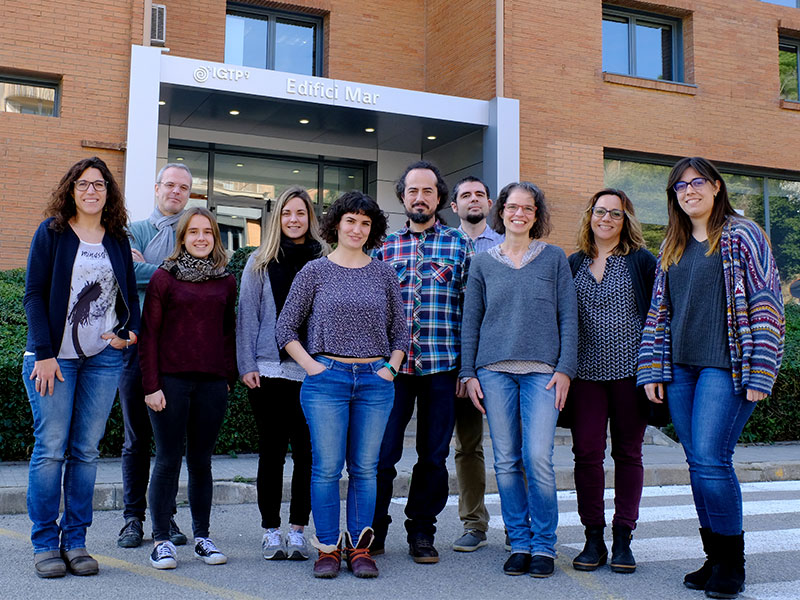 The Hereditary Cancer Research Group at the Germans Trias i Pujol Research Institute (IGTP) on the Can Ruti Campus, Badalona has generated induced pluripotent stem cells from tumors from people with the hereditary disease Neurofibromatosis type 1 (NF1) for the first time. The work has been carried out in conjunction with Angel Raya of the Centre for Regenerative Medicine of Barcelona (CMRB) and published in Stem Cell Reports, the official journal for the International Society for Stem Cell Research (ISSCR).

iPSCs are stem cells capable of giving rise to most other types of cell in the body.  It is quite normal to generate stem cells by reprogramming skin cells extracted from patients with hereditary diseases such as NF1 to study them as a model for the disease, but the IGTP researchers have now generated iPSCs for the first time as a valid model for NF1 from cells from tumors.  "Instead of using skin cells, we have reprogrammed cells from tumors from patients with NF1 in order to have a model of cells genetically identical to the tumor cells," explains Eduard Serra, leader of the work at the IGTP.

One of the difficulties of studying these pathologies with cells obtained directly from benign tumors is that they are finite, but "now we have achieved a cellular model which will not run out because, due to their characteristics, we can culture these iPSCs indefinitely and then convert them into the same cells that make up a tumor," Serra adds.  The work has invested most of the efforts in converting these iPSCs into Schwann cells, which are cells which make up plexiform neurofibromas, typical of NF1. The resulting cells have the same capacity to proliferate as the original tumor cells.  "As iPSCs are an endless source of cells, we have been able to generate the resource we needed.  Now we can test drugs that inhibit proliferation, study the mechanisms by which these tumors develop and try to stop them developing into malignant tumors," explains Meritxell Carrió, first author of the article.

The Hereditary Cancer Research Group at the IGTP has been studying Neurofibromatoses for many years, this includes NF1, a minority disease that affects 1 in every 3,000 people in the world. It is a hereditary disease, which brings a high predisposition to develop tumors in the peripheral nervous system. One of these types of tumor is the plexiform neurofibromas.  It is a tumor that appears at birth, or in the first years of life, and forms on major nerves in the body, disorganizing and thickening the tissue surrounding the nerve and forming a tumor mass that can reach great dimensions.  These tumors can impede functionality and disfigure the part of the body where they appear, which can be on the extremities or even on the face.  Additionally, there is a risk that these tumors progress to become malignant; a sarcoma of the peripheral nerve sheath.

Although they start as benign tumors, we do not have drugs to put the patient into remission.  To develop effective drugs for this type of tumor we need cellular models that are faithful copies of the tumor and that do not run out, this is the model that now has been achieved.

Available to the scientific community

The cell lines generated have been deposited in the Carlos III Stem Cell Bank at the node kept at the CMRB in Barcelona.  They are available to other researchers in the world who want to study this disease and these tumors.

This work, led by Eduard Serra at the IGTP and carried out in collaboration with Angel Raya at the CMRB and in which other institutions have participated, such as the Catalan Institute of Oncology (ICO) and the Germans Trias Hospital participated, has been financed by the NTAP Program, a program to accelerate therapies for neurofibromatoses at the Johns Hopkins University in Baltimore in the United States.  They have also had the support of the Spanish and Catalan Associations of Neurofibromatosis Patients.