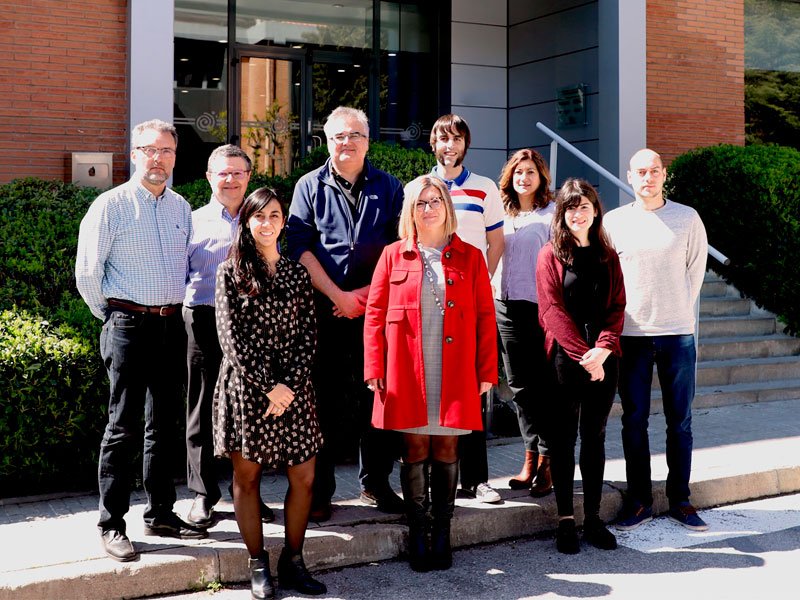 The Neurogenetics Research Group at the Germans Trias i Pujol Research Group, led by Dr Antoni Matilla has found the mutation and described the molecular mechanism that causes the sub-type of ataxia SCA37, which they first described in 2013.  This find means that all the families with this alteration can be diagnosed before symptoms appear and that carriers can receive genetic counselling.  It is also the first step on developing personalized therapies.   Ataxia is a rare disease that affects about 1000 people in Catalonia and 8000 in Spain.

The study, the results of which have been published in the prestigious journal Brain on 24 June, was led by Dr Antoni Matilla and the predoctoral investigator Marc Corral, in collaboration with the neurology professionals of the Neurosciences Department in the Germans Trias i Pujol University Hospital (HUGTP); the Neurology Area of the Internal Medicine Service at the Sant Joan de  Déu Hospital, Martorell; the Mataró Hospital; the Virgen del Rocio Hospital in Seville and the Centre for Research into Neurological Diseases (CIEN) in Madrid. Dr Carme Serrano and Dr Victor Volpini also participated in the study to identify and describe SCA37.

It was already known that all SCA37 patients had a genetic alteration on the short arm of chromosome one; this was described by the same researchers in an article published previously in the scientific journal JAMA Neurology, in which they identified this type of ataxia for the first time.   After studying the gene believed to be involved they have found the mutation and have been able to describe the molecular mechanism causing the disease.

"In the earlier work we identified the gene DAB1 involved in the migration and positioning of neurones in the cerebellum in SCA37 as the most likely candidate to be involved in the illness.  In the last year we have shown that a complex mutation in this gene causes this type of ataxia," explains Dr Matilla.  He added, "Now, the discovery of the specific neuronal mechanism that provokes the disease has allowed us to identify two therapeutic leads and open the door to the design of a new treatment for this type of ataxia."

Finally, another finding of the study has been that in this ataxia neurodegeneration starts years before the appearance of symptoms.  "It was key to this study to include both previously identified families and the new ones we have studied to reach this conclusion," Matilla assures us.

The four families studied in this project all come from the same geographic area in the province of Huelva indicating a common ancestral origin for the mutation.  The groups of neurologists in the different centre collaborating in the study studied members of the four families living in Barcelona, Madrid, Salamanca, Seville and Huelva.

Research into illnesses of the brain have the added complication of difficulty or impossibility of access to samples from the affected organ.  In this case the collaboration established previous to the study between clinical and research groups and the affected families has been especially important.  It resulted in the donation of brain samples and has permitted neuropathological studies to be developed.  The coordination and collection of these samples has been possible thanks to Dr Alberto Rábano, Director of the Bank of Neurological Tissues of the CIEN Foundation in Madrid.

Ataxia is caused by various different genetic alterations which is why it has many sub-types.  Until now more than 100 subtypes of different ataxias have been identified, the first of which by Dr Antoni Matilla Dueñas in 1993.  Now the IGTP researchers have concentrated on the sub-type SCA37, which they identified in 2013.  The group have been studying ataxias for more than a decade and are an international reference in research of this type of neurodegenerative disease.

Ataxia is a rare disease in which the cerebellum atrophies, this is part of the hindbrain that coordinates movements in the human body, amongst other functions.  When it atrophies it causes disturbances in movements and as it develops patients tend to suffer from frequent falls and problems swallowing.  Progressively, most patients will need a wheelchair.