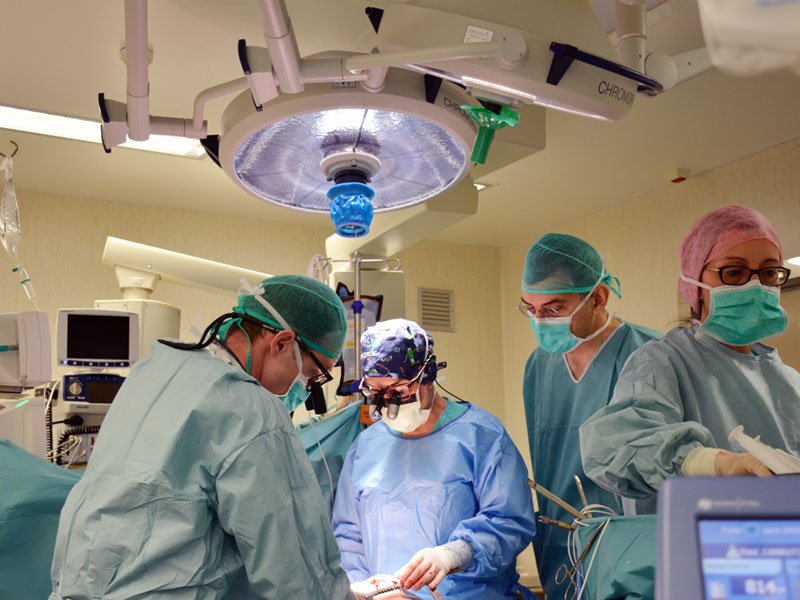 After a myocardial infarction (heart attack) the heart loses strength to beat because cells in the damaged area die when they stop receiving blood from the coronary arteries. Depending on the severity, this fact can affect the patient's ability to carry out day to day activities, their quality of life and life expectancy. One of the aims of the Heart Disease Research Group (ICREC) at Germans Trias, led by Antoni Bayés-Genís is to help the heart regain the strength to beat and last May they introduced a new therapy into clinical practice that consists of fixing a bio-implant of stem cells directly on the heart of the patient.

The bio-implant is made of decellularized human pericardial tissue enriched with mesenchymal stem cells obtained from umbilical cord blood. The researchers who developed the implant have given it the name PeriCord, in honour of the two components; pericardio and cord. The mesenchymal stem cells have great plasticity and important immune-modulating and anti-inflammatory properties. The latest pre-clinical studies in pigs have shown that this type of bio-implant is able to significantly reduce the size of the infarction and improve cardiac function. In 2013 the group demonstrated the capacity of the stem cells to form small blood vessels in the infarcted area in the hearts of mice and re-oxygenate them.

"It has been a long road since the first pre-clinical tests," explains Bayés. "If we confirm the regenerative capacity in humans we can reduce the typical complications caused by these scars, such as heart failure," he adds.

At the end of 2018 the Spanish Agency for Medicines and Medical Products (AEMPS) approved the PeriCord for human use. The medication is produced in the clean rooms of the Blood and Tissue Banc and implanted in the operating theatres of the Germans Trias Hospital. They had to wait until May 2019 to be able to implant the new therapy in the first patient in a procedure coordinated by the Cardiac Surgery Service led by Christian Muñoz.

It is the first surgical intervention of this type in the world, and as such must follow evaluation and safety procedures for a new therapy, which is half way between conventional surgery and organ transplant. The first patient to have the operation has regular check-ups in the Cardiology Service of the hospital and is progressing very favourably; the first results using magnetic resonance show a reduction in the size of the infarction scar three months after implantation.

This project has been made possible thanks to the support of the Ministry of Health of the Government of Catalonia through the PERIS grants, the Instituto de Salud, Carlos III of the Spanish Government and "la Caixa" Foundation.

Stem cells to repair tissue
One of the challenges has been to find the best way to introduce the stem cells to the infarcted area. Previous studies showed that with direct administration by injection the cells died before they had time to provide a benefit, or they went indiscriminately to organs other than the heart. This is why the researchers at Germans Trias have incorporated the cells into a matrix of pericardio tissue as a vehicle, allowing them to apply the cells directly onto the infarcted area.

The big challenge has been to transform the 2cm2 prototype used in pre-clinical models into the PeriCord bio-implant of 16cm2 that complies with all the safety regulations and rules for human use. This project has only been possible thanks to the intense collaboration between the professionals of the Germans Trias Research Institute, the Blood and Tissue Bank (BST) and the Bioengineering Institute of Catalonia (IBEC). 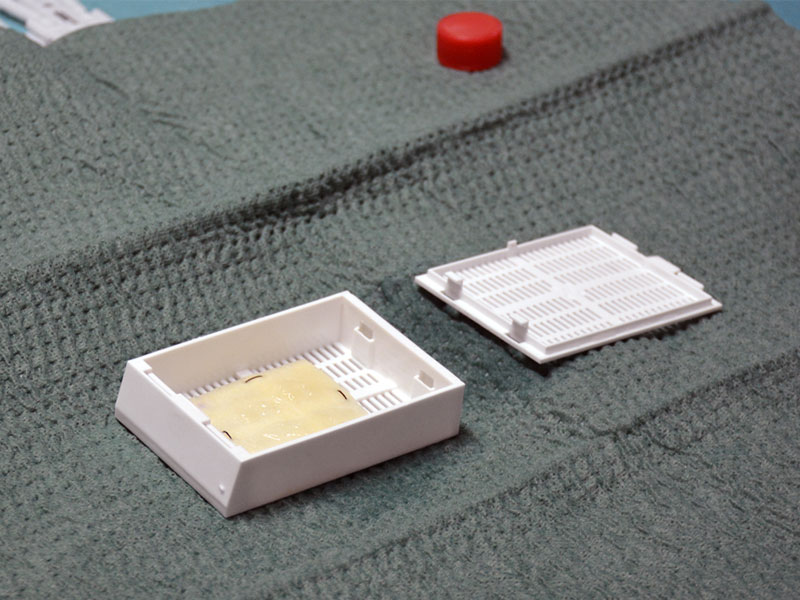 A research line of more than a decade
The mesenchymal stem cells are pluripotent, which mean that they have the capacity to become many different types of cell in the human body. Since 2007, the same researchers at Germans Trias knew of the existence of these cells in cord blood and they proposed their possible therapeutic use in cardiology. They have worked on this line of research since then until they have arrived at this first clinical translation of the technique.

Infarction and the need to regenerate the heart
When there is an infarction the blood stops circulating and nourishing the cardiac muscle cells properly; as a consequence the cardiac cells die and create a permanent scar, which does not contract and affects the ability of the heart to beat. In extreme cases, where damage is extensive, the patient may need a heart transplant. However, the most frequent scenario that a residual scar remains and dilates the heart, leading the patient to develop heart failure. It is this type of patient that can benefit significantly from the new bio-implant developed at Germans Trias.