20,000 healthy people from across Catalonia participate in a macro research project to better understand the risk factors for the most common diseases 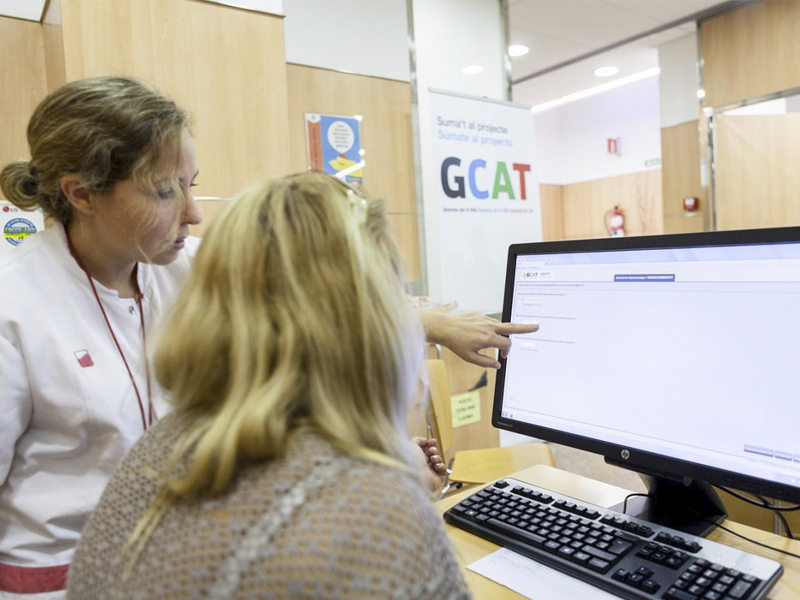 The Genomes for Life Project (GCAT) has closed the first phase, in which it collected health information for 20,000 people from across the Catalan area, and is now starting the second phase.  This ambitious biomedical project, of scientific, medical and social relevance, studies the genetic and environmental factors that lead to the appearance of chronic diseases in the population.

The 20,000 individuals are healthy volunteers of between 40 and 65 years of age, all resident in Catalonia as it is a cohort centred on a specific geographical region.  Since the project started in 2014 until now, a blood sample, which will be used for genetic analysis, and health and clinical data has been collected for each volunteer.  The objective is to reach conclusions on the roles of individual genetic factors on health. "GCAT is more than a sample bank, it is a living project in which health data for individuals will be updated in time tracing a story with the help of a genome map," says Dr Manuel Perucho, Director of the GCAT.

The GCAT Project is based at the Germans Trias i Pujol Research Institute (IGTP) at Campus Can Ruti in Badalona within the Program for Predictive and Personalized Medicine of Cancer (PMPPC).   The director of the project is Dr Manuel Perucho and the Scientific Director is Dr Rafael de Cid.  The recruitment of volunteers was carried out in collaboration with the Blood and Tissue Bank using their territorial networks and 10 Catalan Hospitals participated as recruitment centres. From the beginning the project has been supported by the Ministry of Economy and Industry and the Ministries of Health and Business and Knowledge of the Generalitat de Catalunya.  A descriptive article, with preliminary results of the GCAT Project has been published in the journal BMJ Open.

Dr de Cid has qualified the close of the first phase as very positive, "The size of the cohort, 20,000 individuals, and the genomic data collected make this unique in Spain."   But the project does not end with the initial collection, "Now we are starting the second phase, a long period of follow-up which will last 20 years and will allow us to add value to the genetic data obtained," he explains.

Follow-up of Evolution and changes in health of 20,000 people

Now we are starting the task of contacting the volunteers to renew the questionnaire on health habits, this way we will build up the story of the changes in state of health for each individual.   Altogether, this data will help us to fulfil the principle objective of the study, which is to research the so-called common diseases which affect the population such as: diabetes, cardiovascular disease, respiratory, neurodegenerative diseases and cancer, amongst others.

The follow-up questionnaires are designed to identify changes in state of health, lifestyle (tobacco, physical activity, alcohol consumption etc), eating habits, medication, working day and working environment, amongst other things, explains de Cid.   We will do a new questionnaire every two years for 20 years.   The first will be sent out in May this year.

One Resource for Many Projects

The information collected by the GCAT project forms a data collection of special interest.  It is geographically located, which has already given rise to research projects and collaborations, some of which are already running.   The data complies with international standards, making it suitable for inclusion in studies of variation in diseases between the populations of different countries for example.

GCAT data has already been used for developing new research horizons, such as the case of the study of environmental exposure EXPOSOMA based on advanced computing techniques, in collaboration with researchers of ISGLOBAL, Barcelona.