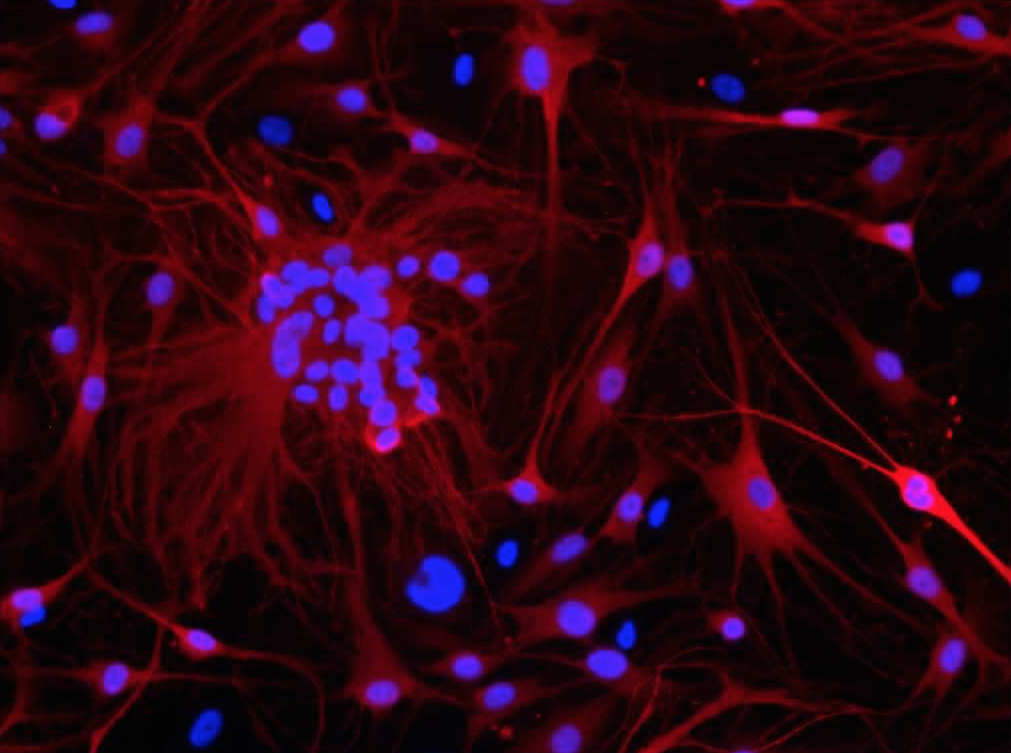 Researchers at the Germans Trias i Pujol Research Institute (IGTP) have confirmed, in genetic studies, what dermatologists on the team have long suspected. Skin plaques in young children can be used to identify and diagnose NF2 patients long before their symptoms appear. Symptoms do not usually appear until adolescence, but this study confirms there is a chance of managing the disease and monitoring patients before they develop if the patient can be diagnosed early on.

The study, published on January 10 2018 in JAMA Dermatology, is the work of the multidisciplinary team of the Reference Centre for Phakomatoses in the Germans Trias I Pujol Hospital-ICO Badalona. "This is good news for patients and families," comments Dr Ignacio Blanco, Coordinator of the Reference Centre for Phakomatoses, "A simple skin check in young children can help us to identify NF2 patients, and this allows us to provide a care plan and ultimately improve their quality of life."

Observations by the dermatologist on the team, Dr Isabel Bielsa of the Germans Trias Hospital, have been confirmed in the laboratory by researchers in the Hereditary Cancer Group of the IGTP. Elisabeth Castellanos, of the Hereditary Cancer Group of the IGTP, who led this study explained how they needed to confirm that these plaques can be used to reliably diagnose NF2. "One characteristic of the condition is that not all the cells in a person's body need to carry the mutation for the disease to develop", explains. People with cells of different genetic make-up in their body are known as mosaics and this condition is frequent for NF2 patients. This means that a standard blood test or biopsy does not always detect NF2 as the sample might miss the faulty cells.  "Our works shows that the cells in part of the skin plaques always carry the mutation and by testing them we can identify patients that have the disease, including the ones that could be missed by standard genetic testing", she says.  The plaques are a more reliable way to test for NF2 than previous methods and as they appear in young children this test can be carried out much earlier. 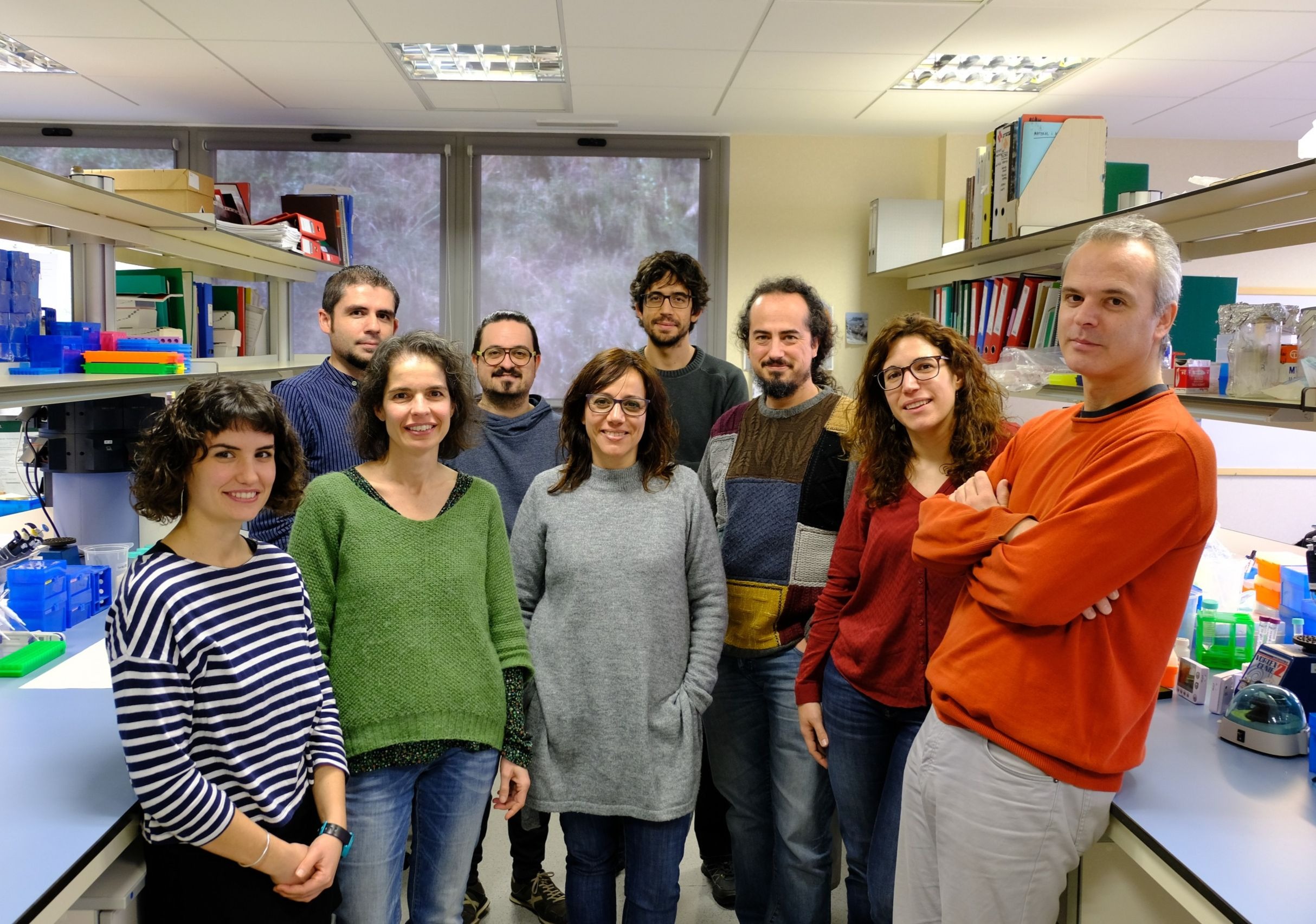 The study includes a recommended protocol for NF2 testing for other centres who wish to adopt this method of diagnosis. It highlights the value in working in multi-disciplinary teams; in this case involving seven departments in the hospital and a research group from the IGPT, which in turn works in tandem with scientists from the Catalan Institute of Oncology (ICO), both groups are part of the Spanish network CIBERONC.

Neurofibromatosis type 2 is a genetic condition that occurs in one person in 33,000 worldwide caused by mutations in the NF2 gene, which changes its function. Patients with NF2 develop multiple tumours of the nervous system, the covering of the brain and lesions of the eyes and skin and have a shorter life expectancy. A hallmark of the disorder are tumours of the ears, which cause deafness in more than 90% of patients. As tumours do not usually form until adolescence, there is a chance of managing the disease and monitoring patients before they develop if the patient can be diagnosed early on.

The Reference Centre for Phakomatoses in the Germans Trias i Pujol Hospital-ICO Badalona is a state recognized centre of excellence for treating the genetic disorders Neurofibromatosis 1 (NF1), Neurofibromatosis 1 (NF2) and Schwannomatosi, amongst others. It is coordinated by Dr. Ignacio Blanco of the Genetic Counselling Service at the hospital, and includes doctors from the Departments of Dermatology, Pathology, Nose and Throat (Otorrhinology), Neurosurgery and Neurology Departments as well as Paediatric Oncology, Genetic Counselling, doctors and genetists from ICO's Hereditary Cancer Program  and from  IGTP's  Unit of  Genetic Diagnostics on Hereditary Cancer. Phakomatoses are rare hereditary illnesses affect multiple parts of the body, such as the nervous system, ears and skin and can be implicated in the development of cancers.   Patients can visit the reference centre and see all the specialists in programmed visits on one day.  This avoids multiple visits to the hospital with all the attendant waiting, making it much simpler and more pleasant for the patients and allows the specialists to meet and discuss all aspects of each case also on the same day.   Research scientists also attend the clinical meeting so they can work directly with the doctors on designing research to solve clinical problems.  This study is a perfect example of genetic studies confirming the suspicions of the dermatologists leading to a new treatment protocol.