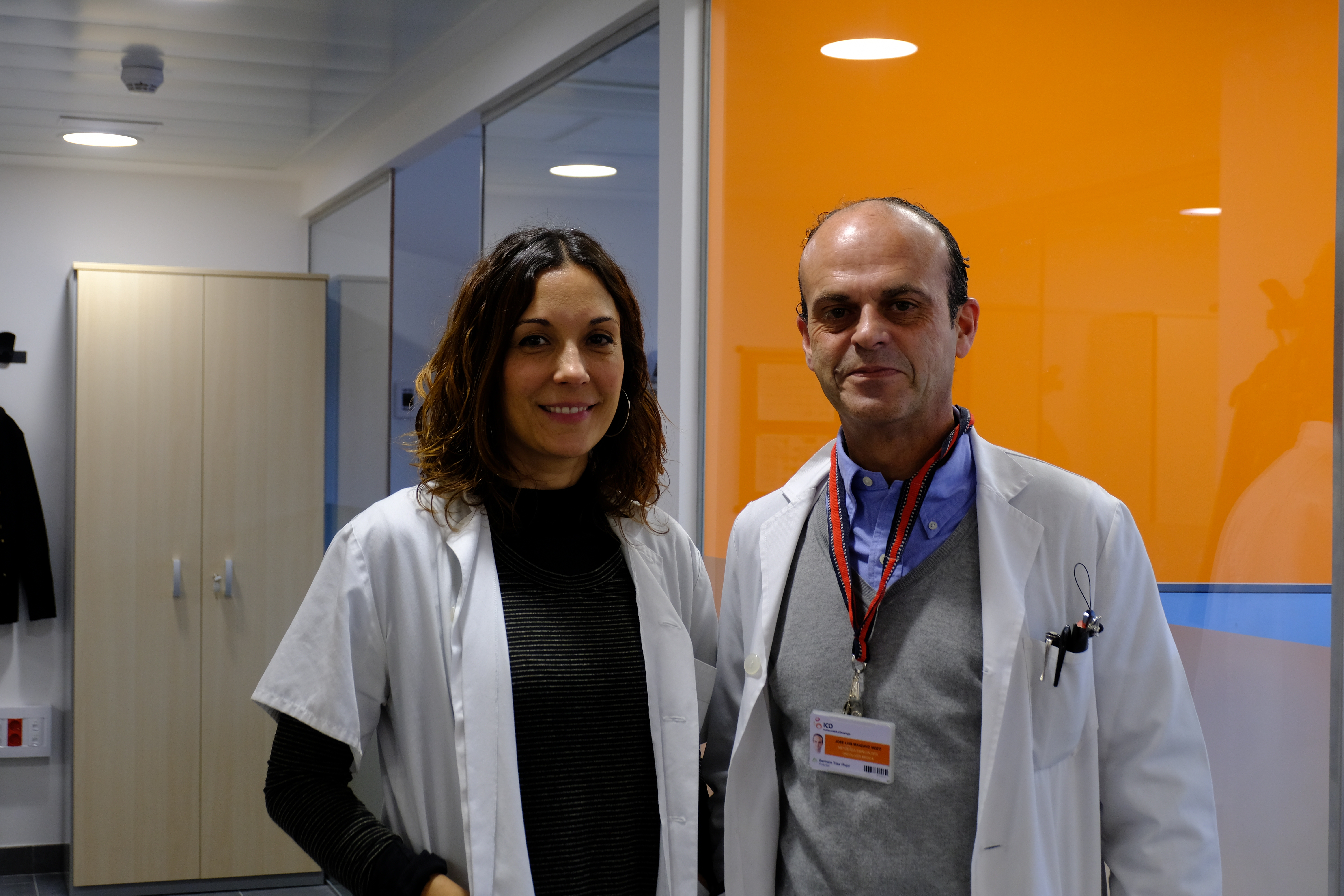 The study, published in 'Annals of Oncology' aimed to demonstrate that choosing the treatment regime based on genetic variants could improve the prognosis of patients with advanced colorectal cancer. Although this primary objective was not achieved, the trial did show that a blood test can be used to predict the most efficient treatment to reduce metastasis.

The study was led by Eva Martinez Balibrea of the Resistance, Chemotherapy and Predictive Biomarkers Group of the ProCURE Programme and the Catalan Institute of Oncology (ICO) and the IGTP and the oncologist Albert Abad of the ICO-IGTP. Researchers from 30 centres throughout Spain participated in the trial, which was sponsored by the Spanish Group for Digestive Tumour Treatment (TTD).

Genetic variations that alter the effects of chemotherapy

The fact that individuals can be different for the same trait is determined by variations in the genes for this trait. These variations are called genetic polymorphisms and in many cases they make no difference to the lives of healthy people.  Some polymorphisms affect enzymes involved in metabolic processes which are themselves targets for cancer drugs, in these cases they can affect how the person responds to the drug.

In this clinical trial, designed by the researchers led by Martinez Balibrea, patients with metastatic colorectal cancer were assigned to a control group, who received the standard treatment and an experimental group in which the treatment was decided depending on two genetic polymorphisms identified from a blood sample.  The objective was to improve the prognosis of patients in the experimental group.  195 patients from all over Spain participated with the support of the Spanish Group for Digestive Tumor Treatment (TTD).

The main objective of the study was to reduce the time to tumour progression, that is to say the time that elapses from the beginning of the treatment to when the tumour begins to grow again.   This objective was not reached, as both groups showed a similar progression.

However, there were important and very hopeful differences and the doctors saw that patients responded differently to the therapy. In the experimental group more patients responded to the treatment and showed a reduction in metastasis. This meant that the number of patients who were able to have their metastasis operated on was higher, and this is a good prognostic for the disease.   Finally, another important result was the reduction of side effects in these patients, who experienced fewer toxic effects of the medication. The reduction of side effects is very important for patients and their families dealing with treatment of the disease.

"This is the first time we have been able to assign a specific type of chemotherapy to colorectal patients based on genetic information from healthy tissue (a blood sample) and not from their tumours," said Dr Martínez Balibrea of the ICO Badalona and the IGTP, highlighting the importance of the study. She went on to explain that "Developing better and more effective treatments takes years, but in this case the team has opened the door to a new way to treat patients with colorectal cancer. Now we really have the possibility for doctors to decide which is the best treatment based on a blood test.  This is a type of personalized medicine using information from healthy tissue to predict the results of different treatments," she added.

This study opens the door to a new way to decide on treatments. More trials must be carried out with larger numbers of patients and if these confirm the results we have the possibility of predicting which treatment will be more effective in reducing metastasis before they are surgically removed in the near future.  This will improve the results of surgery and consequently improve survival in patients, especially in those in which surgery can be complete and therefore arrive at a cure.