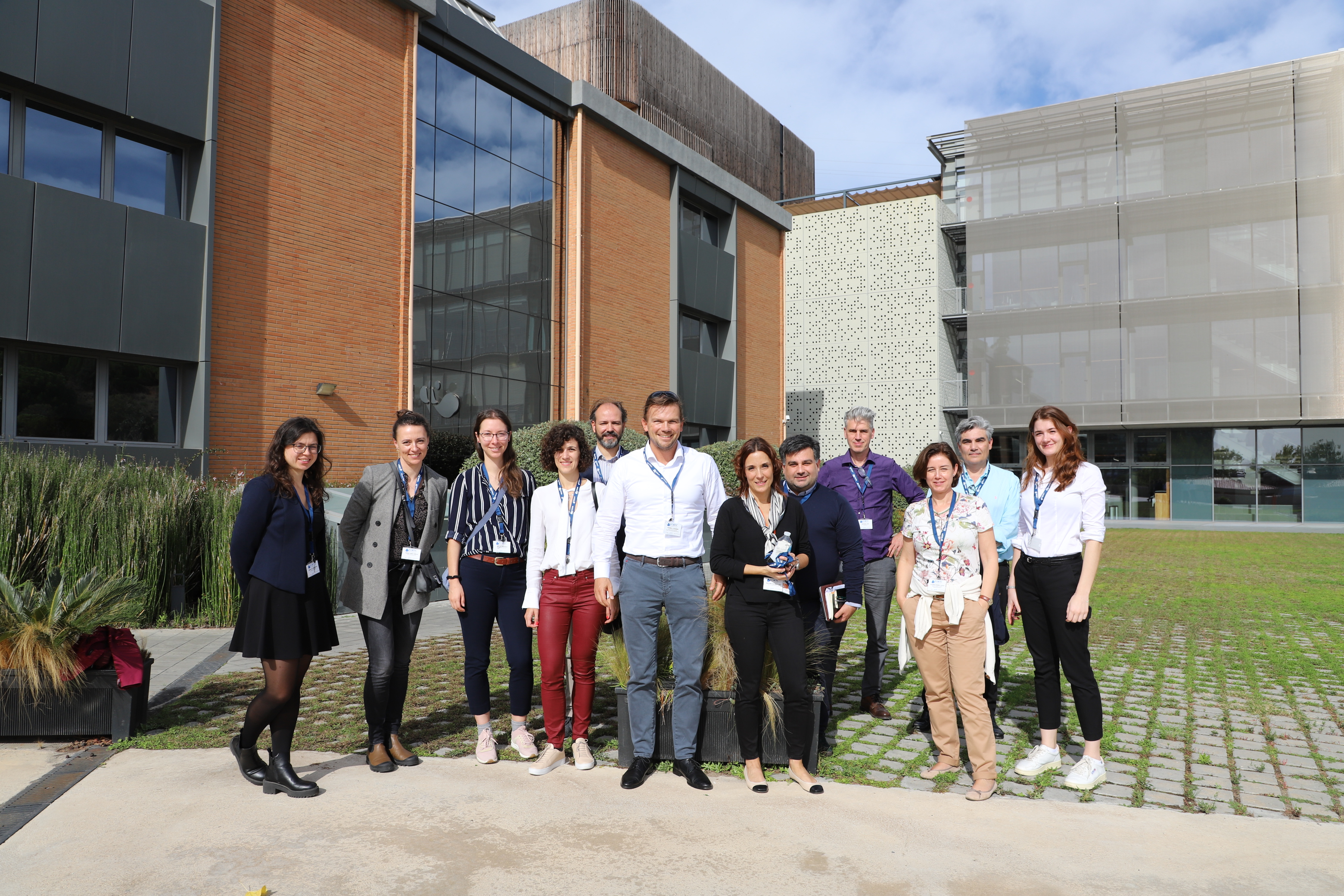 The European Organisation for Research and Treatment of Cancer (EORTC) Pathobiology Group Annual Meeting took place on October 24 and 25, organized jointly by the Catalan Institute of Oncology (ICO) and the Germans Trias i Pujol Research Institute (IGTP). Over the two-day event, a series of talks on therapies to fight cancer were held both at the IGTP facilities and online.

Monday morning sessions were marked by researchers from the European field. The role of various proteins such as IL-12, Cystatin-F or Ang-2 and genes such as ETV7 in the treatment of different types of cancer was discussed. Likewise, there were two open sessions with young researchers, the first moderated by John Martens, researcher at the Erasmus MC Cancer Institute (the Netherlands), and the second by Eva Martínez-Balibrea, who is part of the ProCURE program and is the leader of an ICO-IGTP group.  The afternoon began with a presentation on the initiation mechanisms of breast cancer and the implications for its prevention by Miquel Angel Pujana, coordinator of the above-mentioned ProCURE program and researcher at the ICO and at the Bellvitge Institute for Biomedical Research (IDIBELL). It was followed by an open scientific session moderated by Yari Ciribilli, assistant professor at the Università degli Studi di Trento (Italy), and a series of short sessions on genetic and immunological techniques.

On Tuesday, several sessions presenting projects to combat cancer were conducted. There was an exclusive discussion session between specific disease-oriented groups of the EORTC and moderated by Margarita Romeo, member of the Applied Research Group in Oncology (B·ARGO), from the ICO-IGTP. The last main talks were a special lecture on the possibility of predicting the response to CDK4/6 inhibitors using the host immune factors as biomarkers, by the researcher Ester Ballana, from the IrsiCaixa AIDS Research Institute, as well as a scientific session with Leticia Oliveira-Ferrer, from the Universitätsklinikum Hamburg-Eppendorf (Germany).

The feedback of the attendees about the meeting is quite positive and promising. "The different lines of research presented throughout the conference allow us to be optimistic about the future, although there is still a lot of work to be done", concludes Eva Martínez-Balibrea, secretary-elect of the PBG group and organizer of the meeting.