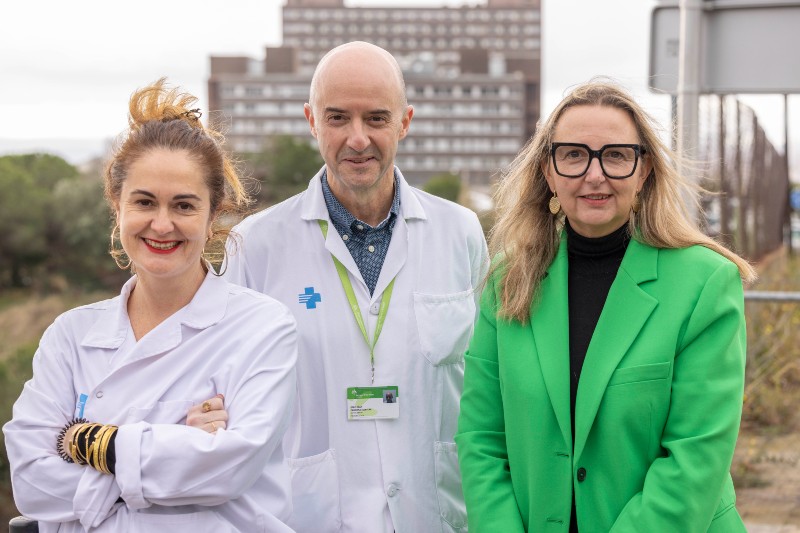 The biotechnology company Archivel Farma has designed and set up a phase IIb clinical study called CONSTAN to explore whether administering the immunotherapy RUTI®, known as the RUTI® vaccine, along with the standard treatment for patients with pulmonary tuberculosis (TB) improves results. The principal investigator of the project is Dr Cristina Vilaplana, leader of the Experimental Tuberculosis Unit (UTE) at the Germans Trias I Pujol Research Institute (IGTP). The study has been approved by the Spanish Agency of Medicines and Medical Devices (AEMPS) and the First Patient In will be welcomed in January 2022.

If it is shown to work, this new therapeutic option could be used as a first line of defence in patients recently diagnosed with pulmonary TB with the aim of reducing the bacterial load in the lungs faster than is currently taking place. The CONSTAN trial will explore the use of the RUTI® vaccine to bring this about at the same time as it will evaluate if the dose is safe for patients. In parallel, the RUTI® vaccine is also being administered in two other clinical trials as an adjuvant for TB treatment in the Ukraine and in India, the latter in the framework of the European Consortium STriTuVaD, financed by the European Commission within the Horizon 2020 Programme.

The design of the CONSTAN Trial and preliminary results were presented at the XXV International Tuberculosis Workshop, celebrated recently in Barcelona on 16-17 November 2021 and organized by the Fundació Unitat de Recerca de Tuberculosi de Barcelona.

The results of preclinical studies in animal models have shown that the administration of the RUTI® vaccine together with the start of antibiotic therapy is beneficial in that a week after its administration a very significant reduction of bacterial load was observed in the lungs and also a reduction on the pulmonary pathology. Dr Vilaplana explains, "These results are very promisingl because they show that administering the vaccine could be useful to speed up the cure of these patients. This means it could reduce the very long treatment time (minimum 6 months), which at the same time would reduce the possibilities of contagion. Based on the evidence and with a view to translating them to clinical practice as soon as possible, we have designed the CONSTAN trial to confirm its efficacy and safety in humans.”

The RUTI® vaccine in the context of treating infectious disease

TB is the second cause of death due to infectious disease globally, after covid-19, it was responsible for 1.5 million deaths in 2020 and 10 milllion new cases are registered every year. 25% of the world population is infected and 105 develop the disease at some point in their lives.

Antibiotic resistance, meaning that the treatments used in the first-line against TB don't work, is a major problem. Only 606% of patients are cured, which could be improved if the treatment was shorter, helping people to stay with it, as people not continuing the treatment is one of the main causes of resistance.

In this context the RUTI® vaccine could help to eliminate bacterial load more quickly and accelerate the cure, which would reduce the time needed to take the antibiotic. This in turn would help to reduce recurrences, stop new resistance arising and reduce contagion.

Archivel Farma is a biotechnology company set up in 2005 in Barcelona by the business man Jose Martinez Martinez de Caravaca de la Cruz (Murcia) and he is the main investor. Its activity centers on developing the RUTI® vaccine, a biological product to treat TB, and especially TB resistant to antibiotics, discovered by Dr Pere Joan Cardona of the IGTP and Head of the Microbiology Service at the Germans Trias i Pujol Hospital. It is also used to treat other diseases susceptible to immune-modulators.  The CEO of the company and its main spokesperson is Olga Rue.