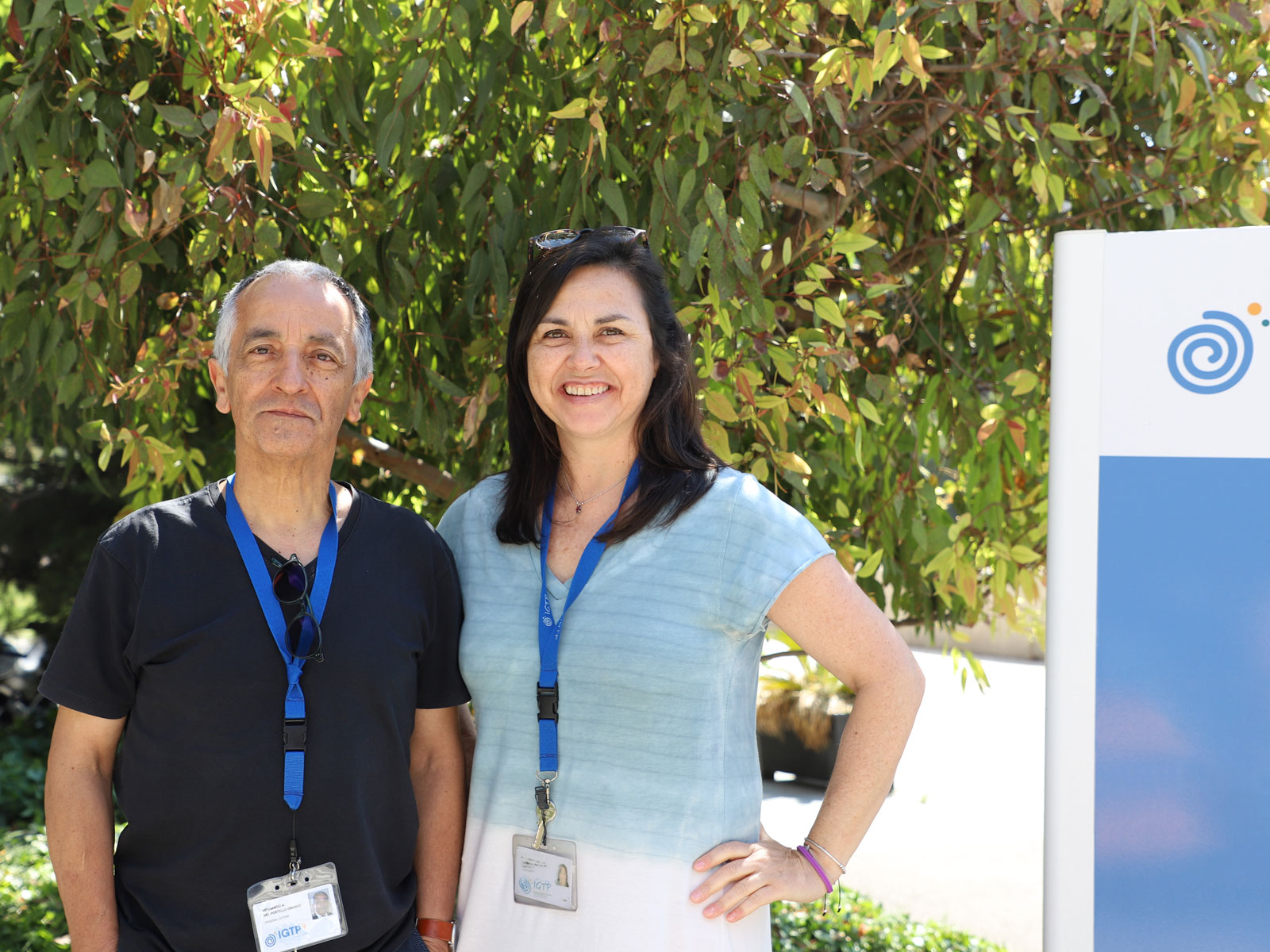 Hernando A. del Portillo, ICREA Research Professor and Carmen Fernández Becerra (Associate Research Professor), both with joint affiliation with the Germans Trias i Pujol Research Institute (IGTP) and the Barcelona Institute for Global Health (ISGlobal), have participated in studies that have been described in two ground-breaking publications. The new studies change the accepted facts about the biology of Plasmodium vivax, a parasite that causes an often chronic and sometimes fatal form of malaria. The work focuses on the spleen, which has been thought to be the organ that cleared malaria parasites from the blood; the new data shows that in fact it is also a reservoir and nursery for the parasite. This work can explain why malaria caused by P. vivax can have a latent liver form responsible for clinical relapses together with intrasplenic parasites likely responsible for chronic asymptomatic infections, thus providing new avenues for alternative control strategies.

Most cases of malaria are caused by the single celled parasites Plasmodium falciparum and Plasmodium vivax, which enter the blood via mosquito bites. Malaria affects over 228 million people every year and causes over 400,000 deaths (many of these young children), economic losses and lowers quality of life in parts of the world where it is endemic. Cases in people travelling from endemic malaria areas are also increasing, as are concerns about its range spreading due to global warming.

Current understanding of the disease is that there is a low level of P. vivax in circulating blood because the parasite targets reticulocytes, immature red blood cells, which are mainly found in bone marrow. The spleen destroys the parasites, especially after malaria treatment and has been thought to be the site of their elimination from the blood until now.

In a letter published in the New England Journal of Medicine, the authors describe a previously undetected biomass of both P. falciparum and P. vivax in the spleen. The group studied the spleens of people infected with both parasites and compared this with circulating blood from the same patients and from malaria free individuals. Using different methods, they ascertained that, contrary to previous evidence, there are far larger numbers of parasites in the spleen than in the blood, more so for P. vivax than P. falciparum (median splenic density in P. vivax was 3590 times as high as that in peripheral blood and far greater than the estimated spleen-to blood ratio in P. falciparum infections (median, 289)). They conclude that chronic vivax malaria is an infection of the spleen, not the blood.

In a more extensive paper in the journal PLOS Medicine, the same team, led by Nicholas Anstey of the Global and Tropical Health Division, Menzies School of Health Research and Charles Darwin University, Darwin, Northern Territory, Australia, extends the results of their findings in P. vivax. They examined both the different stages of reticulocyte and different phases of P. vivax in the spleen during its complex life cycle. The conclusions are that P. vivax, far from being destroyed in the spleen, has adapted to survive and also to replicate in this organ, reversing the assumptions made until now.

"Taking part in this study is an immense satisfaction as we have originally postulated the existence of intrasplenic infections in P. vivax," says Hernando A. del Portillo, leader of the Plasmodium vivax and Exosome Research (PVREX). Several of the group's research lines over the last 20 years have concentrated on P. vivax and particularly aspects of adhesion of the parasite in hemopoietic tissues.

"The accepted wisdom on the roles of the liver and spleen in P. vivax have become more and more difficult to justify over the years. With the intense tropism of P. vivax for reticulocytes, we have suspected that they had a previously undescribed role in the spleen. These results definitively change the understanding of the biology of the parasite and the role of the spleen, it is ground-breaking," adds Carmen Fernández-Becerra Co-Leader of the PVREX group. 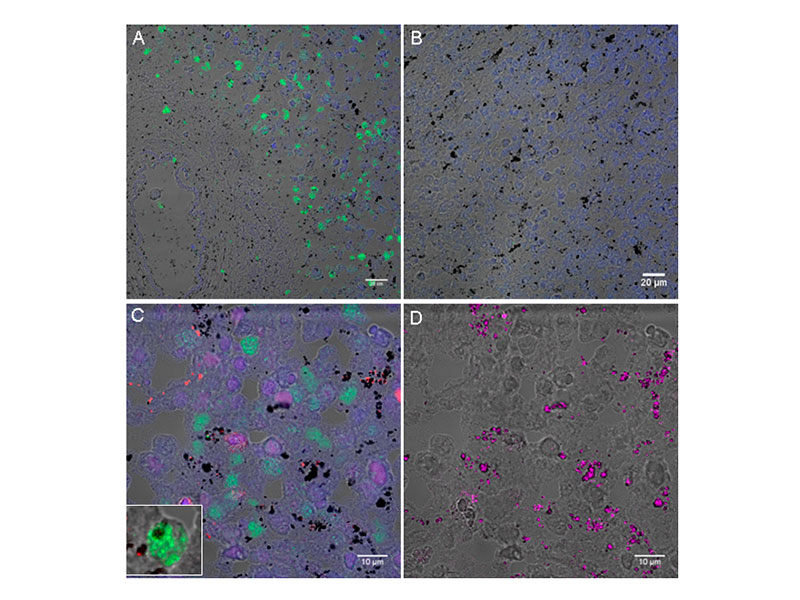 The work was carried out in Indonesia, with patients from the Rumah-Sakit-Umum-Daerah (RSUD), the major regional hospital in Papua, Indonesia. Spleen samples were obtained from 22 asymptomatic patients, when they underwent splenectomy for trauma. These were compared with spleen samples from 9 malaria free patients. Samples of peripheral blood were analyzed to calculate parasitaemia and parasite staging in the different tissues.

95.5% of the patients were found to be infected with malaria. Reticulocytes in the spleen were more rigid than those from peripheral blood, suggesting that they were being retained in the spleen mechanically. Erythrocytes of all developmental stages were accumulated in the spleen with densities of the undestroyed parasites 3,590 times that in circulating blood, which accounts for an estimated 95.1% of the total P. vivax biomass in the body. Histological analysis identified the percentages of the different lifecycle stages of the parasite in the cords, sinus lumens and red pulp of the spleen. "These correlate with percentages expected if the parasite was actively reproducing there", explains del Portillo.

These results all indicate that far from being only the organ of destruction of P. vivax, the parasites are actively accumulating there and in fact it is where most of the asexual blood stage lifecycle takes place. They seem to have evolved to exploit this niche. Chronic vivax malaria is not primarily a disease of the blood, but of the spleen. This has important implications for identifying new drug targets and drug delivery platforms, as parasites in this location are largely sheltered from antimalarial drugs. It also has important implications for the identification of biomarkers of asymptomatic chronic infections to improve diagnostic methods. As working with the human spleen is technically and ethically difficult, new technologies need to be developed to get molecular insights of these intrasplenic infections, thus ultimately contributing to the elimination of malaria.