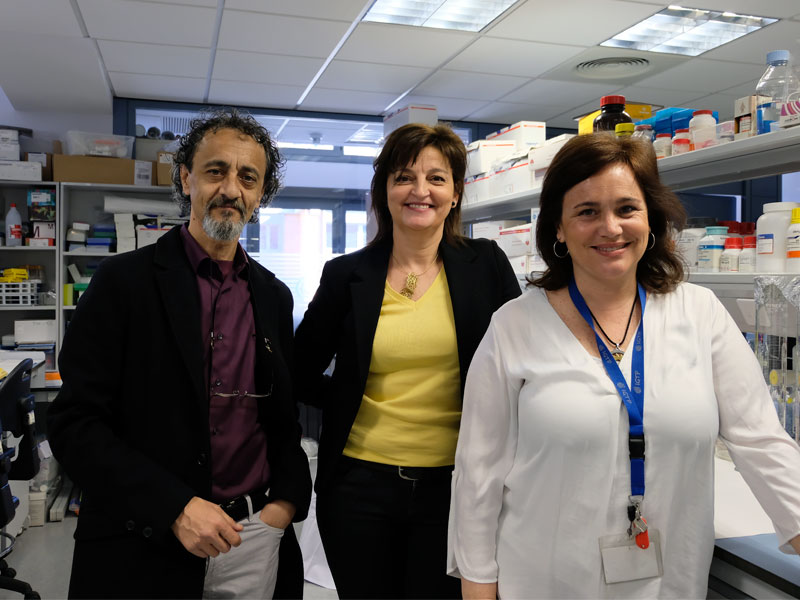 In February 2019 the Cellular and Molecular Neurobiology Research Group, led by Teresa Gasull at the IGTP published a review paper on various aspects of brain iron chemistry in Frontiers in Neuroscience. A year later the paper is showing excellent impact figures.

"We knew a review of the situation regarding brain iron chemistry and stroke was much needed," says Octavi Martí-Sistac, also of the group, "and it is gratifying to see that the stroke community are confirming it." He adds. This paper is in the first quartile of papers viewed (75% of views) and almost the first decile of downloads (89% of downloads) for the Frontiers Journal's articles.

Iron chemistry in the body is complex, but in the brain even more so. Research carried out over the last ten years, including several papers published by the Cellular and Molecular Neurobiology Research Group, led by Teresa Gasull at the IGTP and also researchers at the Germans Trias Hospital, has started to separate out different factors that can have life-changing effects on stroke patients. The review paper, in Frontiers of Neuroscience detailed the most important of these aspects, including iron and the blood brain barrier during stroke, different iron metabolism pathways in the brain and ferroptosis, or iron-mediated cell death. The review also touches on brain iron imbalances and how this can play a part in other severe diseases and not just stroke, including Huntington, Parkinson and Alzheimer's.

"Writing a review paper is tough," Teresa Gasull tells us. "It is a lot of work and they will never hit the headlines when they are published." However, this work pays off when the scientific community read and download the paper in such large numbers. "It is another important way for your work to make an impact," smiles Gasull.