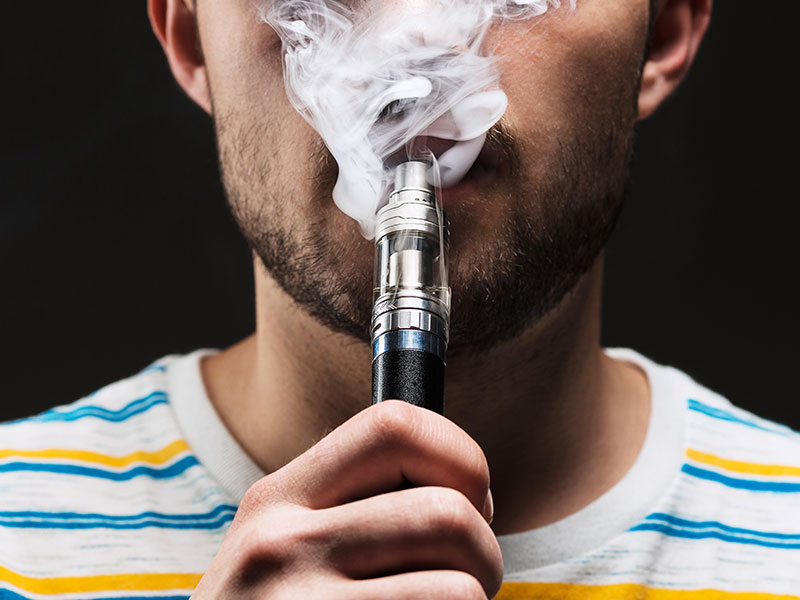 Scientists from the Innovation in Respiratory Infections and Tuberculosis Diagnosis Group at the IGTP and the Microbiology Service at the Germans Trias Hospital have published a paper in PLOS One on negative effects of vapour from e-cigarettes on the immune response against tuberculosis (TB). The results describe the effect of the vapour specifically on TB infection and they support the need for policies to reduce exposure to both smoke and e-vapour as part of strategies to control TB.

Previous studies have shown that chemicals produced when tobacco is burned are responsible for damaging cells. "These chemicals are produced when e-liquids are heated to produce e-vapour and studies on mice have shown that e-vapour increases the risk of them being infected by influenza virus, so we wanted to see how it affected TB infection," explains Pablo Rodríguez, of the Innovation in Respiratory Infections and Tuberculosis Diagnosis Group. The group has shown that e-vapour effected the immune system in two ways. Firstly it reduced the ability of specialised immune cells to destroy TB bacteria (Mycobacterium tuberculosis) in a process called phyagocytosis and secondly, it caused changes in the substances called cytokines, which immune cells release to fight against infection. The paper was published in Plos One.

"More work needs to be done to study different brands of e-cigarette and different flavours of e-liquids, also how e-vapour effects cells in the lungs, not just in the laboratory," explains Jose Dominguez, who leads the group.  "However, our data helps to explain some of the mechanisms behind the link between TB and smoking and supports policies to reduce exposure to both cigarette smoke and e-cigarette vapour as part of strategies to control TB."

The World Health Organization (WHO) estimates that 7 million people died of tobacco smoking in 2017. Tuberculosis (TB) is the most life threatening disease caused by a single infectious agent M. tuberculosis and, according to WHO data killed 1. 3 million people in 2017. Both TB and smoking affect the lungs and in places where there is a high incidence of TB a large proportion of the population are also smokers. There is evidence that cigarette smoke can increase infection, speed progression to the active disease and make it more severe. Electronic Nicotine Delivery Systems (ENDS) and especially electronic cigarettes are marketed as being cooler, cheaper and healthier. However, the results show that they have deleterious impact in the immune response against TB. This research is contributing to better information for policy makers and the public regarding the safety of e-cigarettes and potentially severe infections.