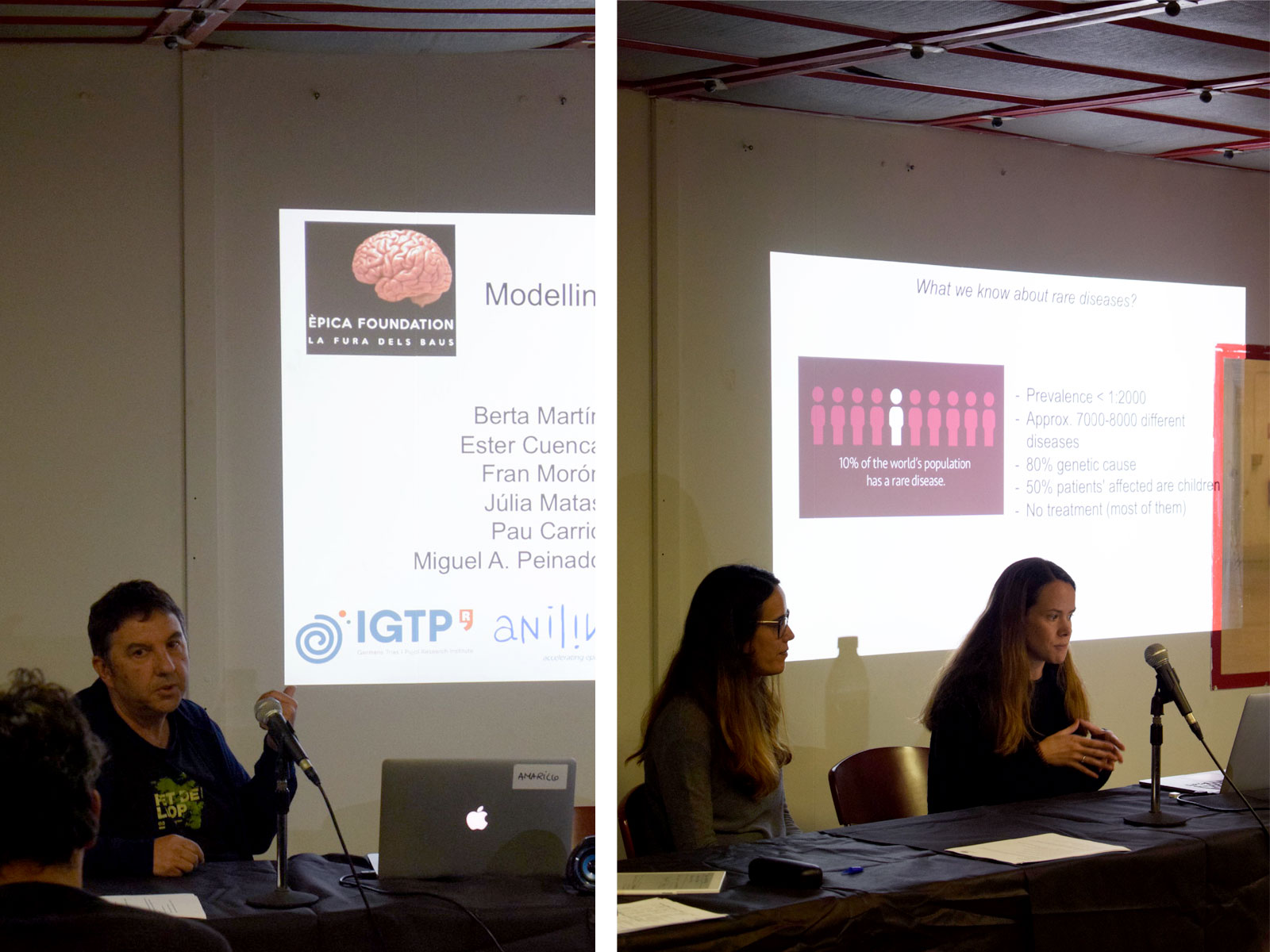 Two groups at the IGTP have taken part in the workshop "Complex Systems" organized by the Èpica Foundation. The experience is a first for the IGTP and has meant that art and science have worked together to produce results for both of them. Èpica is a space for interdisciplinary learning and training for the performing arts run by the Fura dels Baus. The results of the workshop are based on research projects from the IGTP and will be shown this Friday and Saturday 29 and 30 November at the Èpica headquarters in Badalona.

In this pioneering work the Germans Trias i Pujol Research Institute has participated in an interdisciplinary project that unites biomedical science, the performing arts and technology together with the Èpica Foundation of the Fura dels Baus. There is a double result for this collaboration, on one hand they have collected useful data for the research projects and on the other the participants of the workshop are presenting the resulting performance this Friday and Saturday 29-30 November. This means that as well as the creative work, the results will be useful for the researchers in their respective fields of study, allowing them to perfect the algorithms of simulations, or make a contribution to social wellbeing.

The Èpica Foundation starts with the premise that art, science and technology have to collaborate and only by joining together will they produce new forms of creation and explore the limits of our knowledge. Collective effort, hybridization of talents and putting ideas to work are an essential part of their methodology. Because of this there are professionals from all disciplines (dancers, chemists, engineers, sculptors and so on) taking part in the workshop "Complex Systems" and they will give form to the ideas put forward by the invited researchers and bring them to a live audience.

Amongst the invited experts there are two IGTP research groups who have proposed the perception of minority neuromuscular diseases for the first project and the simulation of the behaviour of cancer cells for the other. The Biomedical Research Institute of Bellvitge is also taking part and analysing the benefits for the memory system of the brain of emotional impact. The Philosophy Department of the Universitat Autònoma de Barcelona (UAB) is studying group dynamics and how knowledge passes between people in groups, while the gaming specialists of the HKU University of The Arts Utrecht will observe how strategies and roles using in gaming can be transferred to other types of interactions.

Science as a source of inspiration

To carry out the studies the invited experts have brought various proposals to the workshop and these have been useful for both documenting the performance and for carrying out scientific analysis based on the experiences created.

The Neuromuscular and Neuropaediatric Research Group, led by Dr Gisela Nogales has already carried out their project during the workshop. Dr Nogales, together with Dr Alba Ramos and Dr Alicia Martínez suggested that half of the participants experienced the symptoms of two rare neurodegenerative diseases, while the other half were carers.

"For us it has been very enriching and a process of great empathy, particularly in the first part when we had to separate out the symptoms and consider the reality of the patients with the diseases we study," explains Nogales. This way we had to get into the daily routine of people who live with these illnesses so that we could transmit them to the public. The researchers have also been able to compare how people unfamiliar with these situations coped, compared to perceptions of the patients. 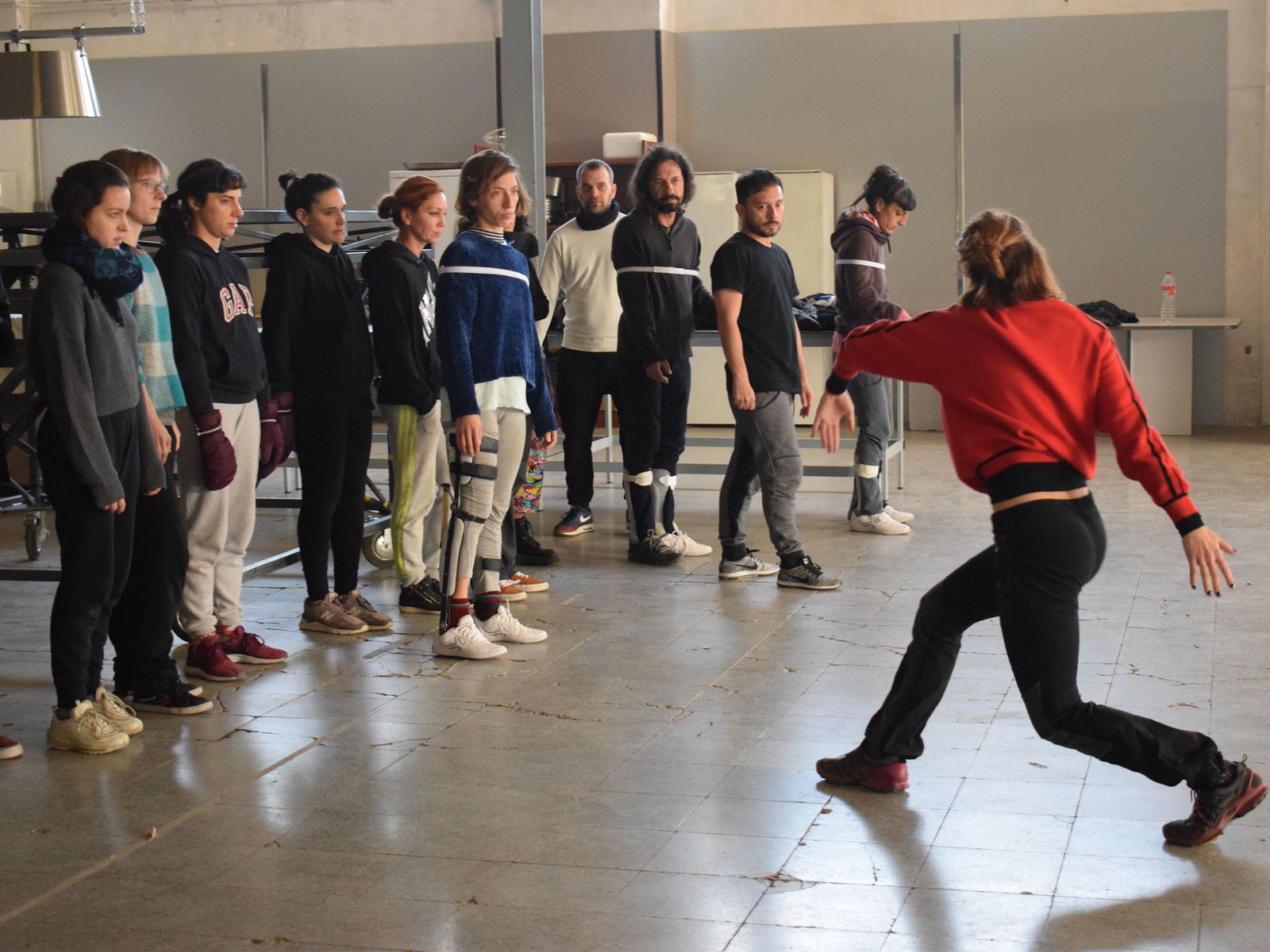 The research group Epigenetics of Cell Differentiation and Cancer, led by Miguel Angel Peinado suggested studying the dynamics of the cancer process using activities in which people simulate cancer cells and their behaviour.

"We are used to working with bioinformatics and complex models to study the behaviour of cancer cells, in this case we have had to simplify things a lot to design something comparative to human behaviour," comments Peinado.  This has allowed them to transform relationships between cells into human relations, so creating a complex system. Presenting this system to the public will give the researchers the chance to analyse and interpret the results of the experiments to see if they are similar or not to the behaviour of cancer cells.

The connection between the two institutions; the IGTP and Èpica, has been the city of Badalona, where are both based. The Foundation of the Fura dels Baus works with various top-level international research centres, opening the door or more collaborations with many disciplines.