The Juvenile Diabetes Research Foundation (JDRF) is supporting a team of scientists that includes a group at the IGTP, led from the Andalusian research centre Cabimer, in their search for a cure for type 1 diabetes (T1D) 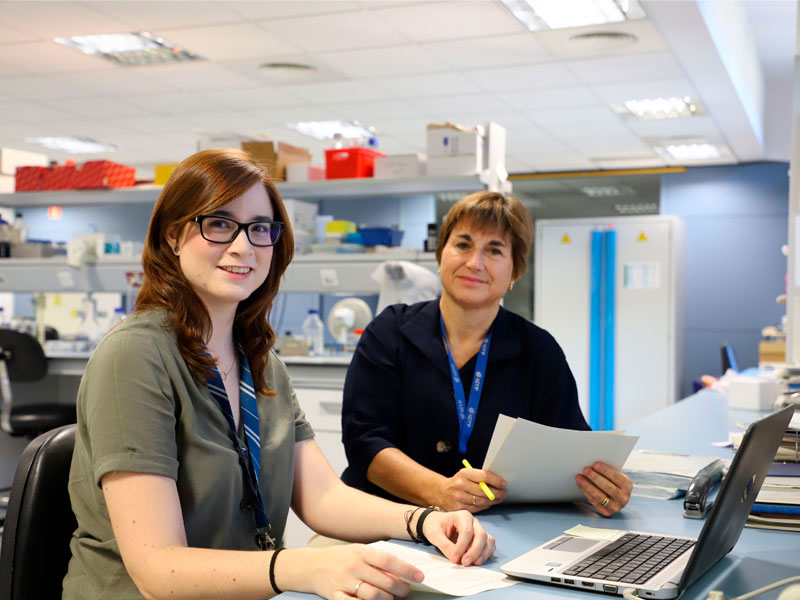 The Juvenile Diabetes Research Foundation (JDRF) is supporting a team of scientists that includes the Immunology of Diabetes Group at the IGTP, led from the Andalusian research centre Cabimer, in their search for a cure for type 1 diabetes (T1D)

A research project led by the Andalusian centre Cabimer to study type one diabetes (T1D) has been awarded financing from the largest private foundation devoted to this disease, the Juvenile Diabetes Research Foundation (JDRF), based in the USA. JDRF is a non-profit organization that is a world pioneer in encouraging the development of research that can provide new treatments for the disease and improve quality of life for people suffering from it. Researchers in the Immunology of Diabetes Group at the IGTP are participating in the project as expert immunologists as they have wide experience of immunotherapies for T1D.

The research work, awarded 500,000 dollars for the next two years, is coordinated by the Andalusian Molecular Biology and Regenerative Medicine Centre (Cabimer) and counts on the participation of the IGTP group and expert endocrinologists from the Puerta del Mar Hospital in Cadiz. The association DiabetesCERO is also collaborating with the study, this organization is made up mainly of parents of children with type 1 diabetes and has a presence in 17 places in Spain.

The project will analyse the effects of BL-001 on immune cells from patients with T1D and their capacity to favour regeneration of the beta cells that produce insulin. This molecule, discovered and patented by the group coordinating the project, led by the scientist Benoit Gauthier, has produced good results in animal models and is considered to be a potential treatment for T1D.

The current project is important in that it will test BL-001 in human cells, so if they obtain positive results the team hopes for, the treatment will be much closer to transfer to clinical practice. "We want to see if the lineage re-programming, or transdifferentiation, that we have seen in mice also occurs in human cells and if the presence of these modified cells favours the transformation of pancreatic alpha cells into pancreatic beta cells and we want to evaluate the functions of the new beta cells obtained," the researchers explain. The role of the IGTP group in the project is to test the capacity of the molecule as a new drug to induce tolerance, in other words to fight against auto-immunity in this disease in immune cells of T1D patients.

The Cabimer scientists have shown in previous studies in mice that the molecule BL-001 favours the transdifferentiation of alpha cells into pancreatic beta cells. In other words they encourage the conversion of alpha cells that produce glucagon, a hormone that raises blood glucose and favours hyperglacemia, into pancreatic beta cells that produce and store insulin, a hormone that controls the levels of blood glucose thus helping the regeneration of these cells.

Additionally, it has also been shown that this hormone is also able to reverse the auto-immune attack of T1D in mice and cell models. The team led by Gauthier, who have collaborated with more than 30 scientists in other countries, have demonstrated that this molecule boosts the anti-inflammatory capacity of certain cells of the immune system (in particular regulatory T lymphocytes, M2 macrophages and TH2 lymphocytes) avoiding that the immune system destroys the beta cells, as happens in T1D.

This new collaboration with immunologists and endocrinologists aims to take a step further in the high quality research into innovative new treatments for T1D.

The American Foundation JDRF is one of the main organizations dedicated to financing research into T1D. Its objective is to reduce and progressively eliminate the impact of this disease in everybody who suffers from it.