Protein or mRNA? Which will be the future for TB diagnosis? 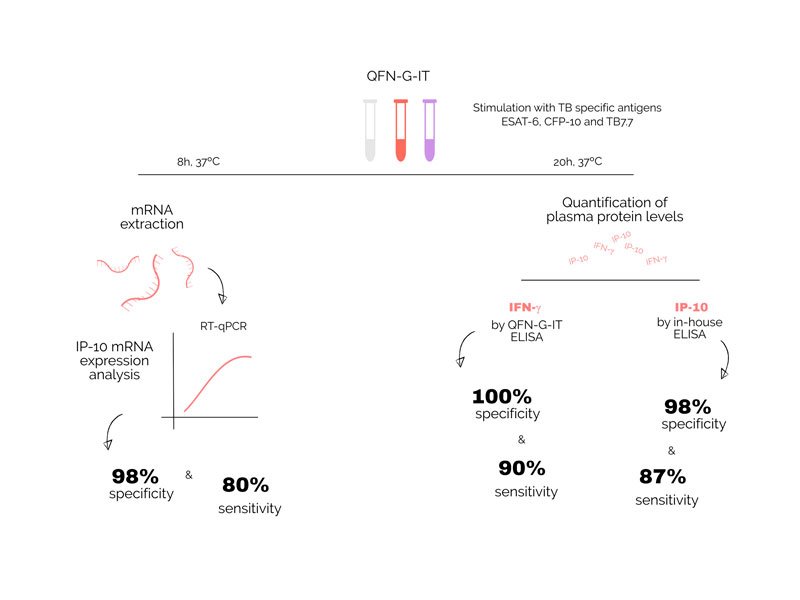 In a study published in the Journal of Clinical Microbiology members of the Innovation in Respiratory Infections and Tuberculosis Diagnosis Group tested a new diagnostic technique developed in Denmark. The technique performed to similar standards as the tests currently in use. Researchers are aiming to develop a better tool to detect latent cases of tuberculosis (TB).

Tuberculosis (TB) is caused by the bacteria Mycobacterium tuberculosis. One of the major issues is that the bacteria can remain hidden without causing the disease (latent infection). People with latent infections can develop active TB much later on. A quarter of the world's population is estimated to be latently infected; this and increasing antibiotic resistance is making it very difficult to reach the United Nations 2016 Millennium Development goals and the World Health Organization (WHO) targets of eliminating TB by 2035. For these reasons the WHO is changing policies and focusing more on preventive treatment of latent infections while also encouraging innovation in diagnostics, vaccination and treatments. To do this it is vital to be able to detect latent cases accurately.

The group led by Dr José Dominguez participated in a study to test a new technique to detect latent tuberculosis (TB) infections. It has been developed by the group led by Morten Ruhwald from the Centre for Vaccine Research at the Statens Serum Institut in Copenhagen, Denmark. The new test detects IP-10 mRNA using PCR, technology already found in most TB laboratories. IP-10 as a protein has been previously tested and has given promising results. As the mRNA is produced prior to the protein, this test could translate into an faster diagnosis. The trial involved 89 TB patients and 99 healthy controls. Dr Raquel Villar-Hernández from the Barcelona group coordinated the recruitment and taking of samples from patients in 5 centres, in the Barcelona area.

The current tuberculin skin test (TST) can give false positives in people who have had the BCG vaccination. The second widely used test (interferon gamma [IFN-ɣ] release assay, or IGRA test) examines the immune response of the body to the infection. Both tests are less effective in specific groups such as young children and immune-suppressed people who are on corticosteroid or other treatments, or those who have HIV.

"In this trial the new method developed by the group from Copenhagen in patients performed well and the study identified several refinements that will potentially improve it even more," says Villar-Hernández. "There are also indications that its sensitivity could be used to predict risk of developing the disease, which is very much needed." She adds.

"Public health policy around the world on TB is no longer just focusing on treatments, but also on providing better, quicker, easier and cheaper ways to identify people infected, especially latent infection", says Dominguez.  "Our group is working in several international consortia which are working on new diagnostic techniques that can be carried out easily all and that will work for everyone everywhere in order to achieve this goal," he concludes.