Huge turnout for the first Can Ruti PhD Day 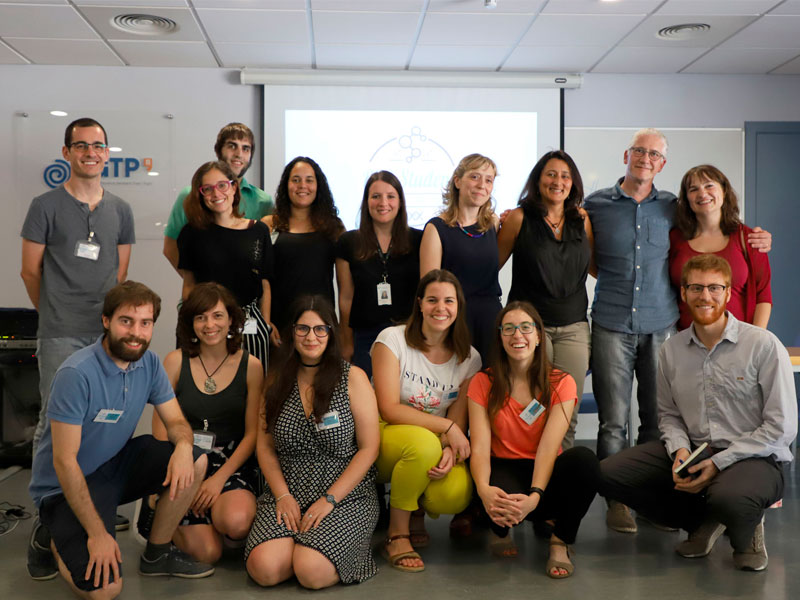 "Organized by us, for us," has been the catchphrase for the first Campus Can Ruti PhD Day.   The event took place on Friday 29 June with a traditional scientific conference format and it provided a meeting point for all the PhD students on Campus Can Ruti.   The idea came from five pre-doctoral researchers, carrying out their respective theses in different institutions on the campus, who made up the first Campus Can Ruti doctoral students' committee.

The meeting was opened by the Director of the IGTP Dr Manel Puig; the Director of the AIDS Research Institute (IrsiCaixa) Dr Bonaventura Clotet and Dr Jose Maria Ribera, researcher at the Catalan Institute of Oncology (ICO) and the Josep Carreras Leukaemia Research Institute (IJC).  All three are also very dedicated university teachers. From the different institutions they represent and with world-recognized professional careers in healthcare, research and teaching, the three senior researchers have shown their support and endorsement for this initiative.  "You are the future, you have our support," Dr Puig assured the students.  Dr Clotet gave encouragement with the advice, "Keep insisting, keep fighting, keep working and keep asking."  From the point of view of a teacher, Dr Ribera told everybody, "Stay imaginative and never throw out even the wildest ideas prematurely."

Nearly 70 students have participated in the conference.   The programme included three sessions of scientific talks, with a total of 8 talks by pre-doctoral students from the IGTP, IrsiCaixa; the Josep Carreras Leukaemia Research Institute and the Germans Trias i Pujol University Hospital.  Between scientific sessions there was a workshop reflecting on how to write a PhD thesis with Dr Núria Izquierdo, a researcher at IrsiCaixa and another workshop with the Project Management Office, where Laia Lagunas gave an overview of the grants available after a doctorate.  Useful information and much debate amongst the delegates has been the order of the day and students have been able to share their work and concerns within their own community.

To finish there was a session on the second edition of the PhD Day and a round table with speakers on different professional options open after a doctorate.  The conference was closed by Dr Julia Garcia-Prado, researcher at IrsiCaixa and Scientific Director at the IGTP.   She congratulated the organizers on the attendance figures and highlighted the fact that half of the PhD students on the campus had attended, "an attendance success for the first edition."  She also thanked everyone for attending and getting involved and encouraged them to keep joining initiatives of this kind, because, "it is also an important part of a scientist's training."