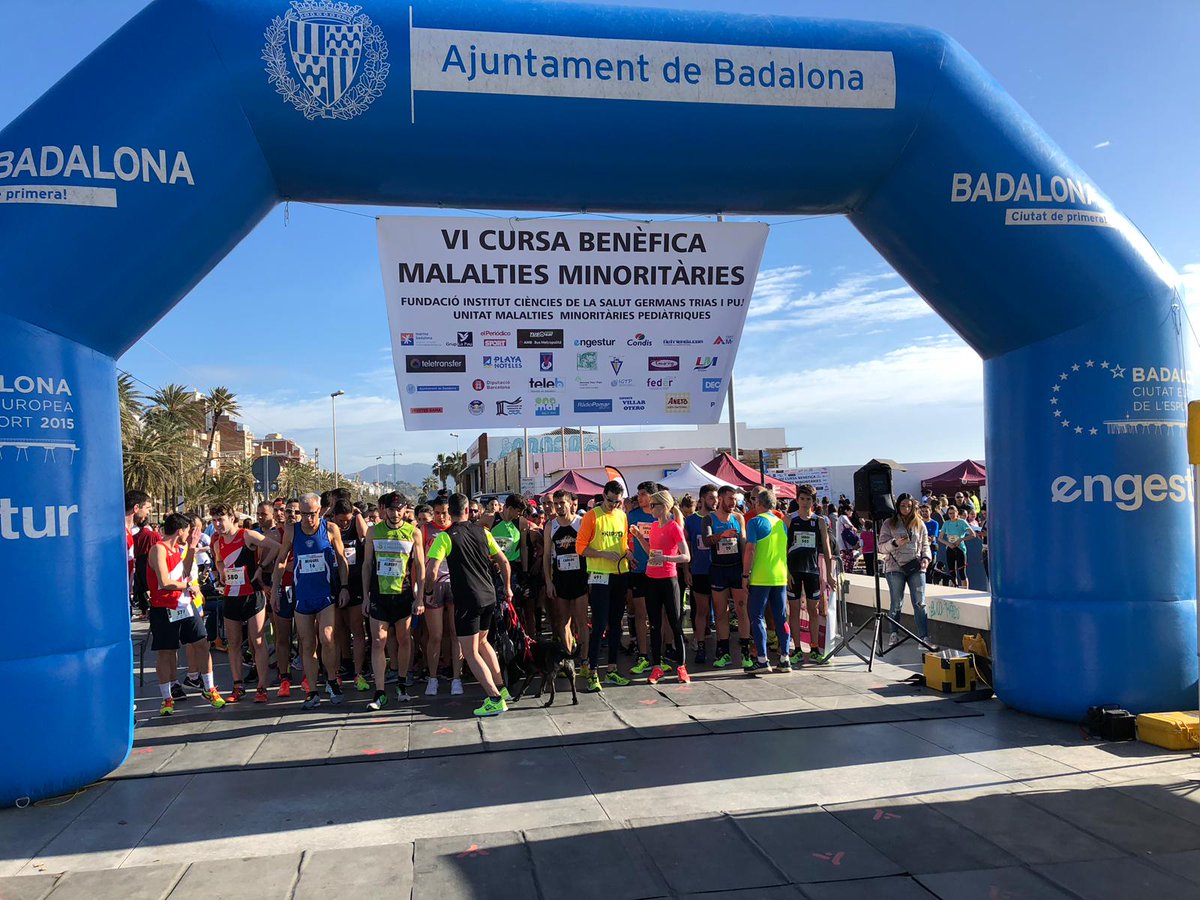 The seventh edition of the Charity Fun Run for Minority Paediatric Diseases was a resounding success this year, with twice as many runners as 2017.  In all 700 participants completed the different routes and enjoyed a family fun day in Badalona.

The event is organized every year by organized by the Residents Association of Turó Caritg, the Acció Badalona Group and the Shop-Keepers Association of Piferrer Salut Alta of Badalona.  All the proceeds from the event will go to fund research by the Neuromuscular and Neuropediatric Research Group led by Dr Gisela Nogales and Dr Jaume Coll.

This year the organizers achieved their objective of increasing the number of participants by adding more routes of varying difficulty to appeal to different runners.  Dr Nogales underlined the need for events like this to raise awareness of the reality of minority diseases.  "There are more than 7000 known rare diseases and for most of them we don't yet have a cure," she added.

From the IGTP we would like to add our thanks to those of the organizers to everybody who contributed to making this run such a success.  The slogan of "You run, they research" spurred everybody on, now we will carry on with our research until this time next year, when we'll see you again with your running shoes on!