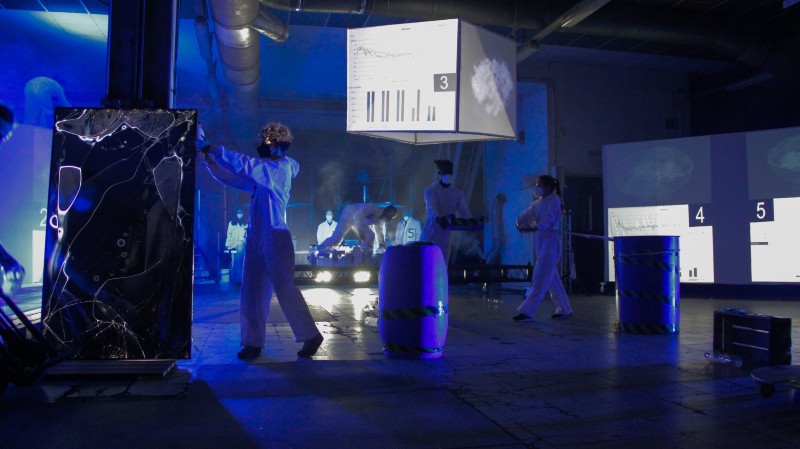 The Germans Trias i Pujol Research Institute (IGTP) has participated in a ground-breaking event to bring art and science together for European Performing Science Night with results that left nobody indifferent. The Fundació Èpica la Fura dels Baus led the project which involved artists and scientists from the IGTP and four international universities.

Three groups from the IGTP took part: The Innovation in Respiratory Infections and Tuberculosis Diagnosis group led by Dr José Dominguez; the Viral Immune Evasion and Vaccines (VIRIEVAC) research group of IrsiCaixa, led by Dr Julia García-Prado and the Epigenetics of Cell Differentiation and Cancer group, led by Dr Miguel Angel Peinado. And an intensive and exhilarating process got underway. Starting in July, the scientists presented three of the seven challenges put to the workshop team. Researchers from each group joined artists and technicians who worked intensively for two weeks to produce a performance piece using the language of the Fura dels Baus. 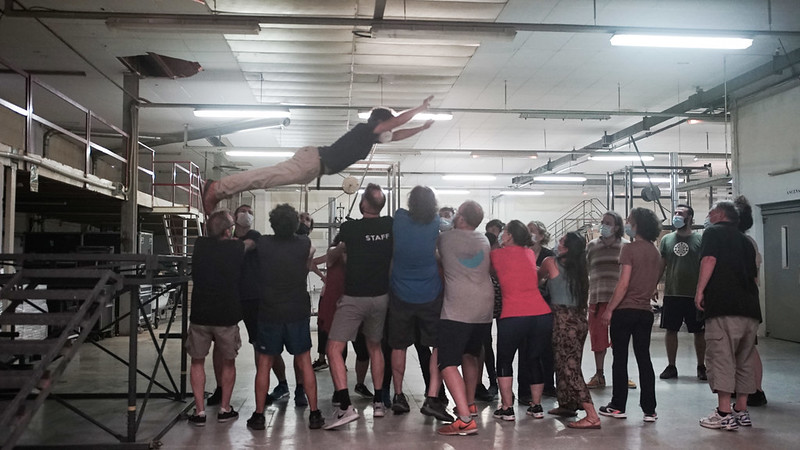 La Fura dels Baus is a world-famous transgressive theatre company known for redefining the theatrical space and changing the role of the public from passive to active. Through the Fundació Èpica la Fura the group pursues knowledge transfer utilizing a hybridization between art, science and technology. With funds from the Marie Sklodowska-Curie Actions Programme (MSCA) of the European Commission, the European Researchers' Night includes events across the continent to bring science to the citizen. In Badalona the event led by the Fundació Èpica la Fura aims to create dialogue between artists and scientists and while at the same time explain the technology that is already in existence to the general public. It is a space where multidisciplinary teams can contribute to the definition of our culture in the future. "It's that the future is already here," says Fran Iglesias of the Foundation, "but not everybody is aware of it!"

"The experience was so intense that my neurons are still buzzing, I will need time to process it," said Ainhoa Hevia Uría, one of the young actresses taking part the round table at the end of the performance events. "We are not used to working with performers, for some of us it was right outside our comfort zone," admitted Francisco Morón, an IGTP bioinformatician who took part. "In the end, you realize that art and science are not two separate worlds, but that we need each other, including in our everyday work," explains Julieta Carabelli, a postdoctoral researcher who works on viruses and the immune system at IrsiCaixa. "We are only just realizing what we have achieved as we reach the end of the process", says Miguel Angel Peinado, a senior researcher on cancer epigenetics at the IGTP, "It is a huge effort, but one that we must continue to make. We need to communicate with society about our research and this is an excellent way to do it." 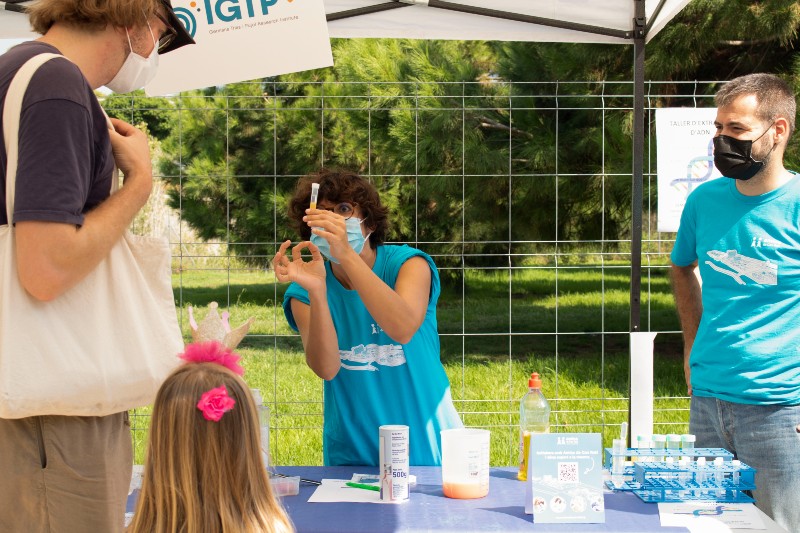 And what did they all produce?  There were two participatory performances on 23 and 24 September in which the audience was immersed in an experience dealing with specific challenges in scientific research. These were restricted due to covid-19 regulations, but were streamed online and will be available as videos. 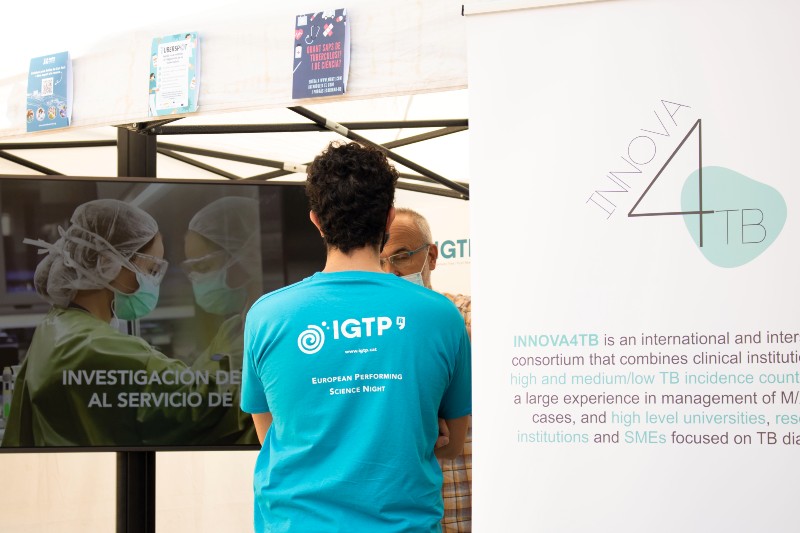 Those attending also interacted with an app that interacted constantly with their experience. On Saturday 25 September the teams all joined the Fundació Èpica la Fura at the Centre Cultural l'Escorxador in Badalona for a science fair, where the public came to experience extracting DNA; finding Mycobacterium tuberculosis responsible for causing the disease by using microscopes; discovering how infections get transmitted and listening to talks on different aspects of the research projects involved.

But the project has not stopped here. During the process research was being carried out on topics as diverse as the stigma attached to diagnosis with tuberculosis and HIV, the changes in brain waves observed when people get to know each other as they work on a project and a detailed study of the artists and scientists interacting. "In some ways this has changed the way we see the world and how we will communicate our work to the public," says Julia García-Prado, Group Leader and Scientific Director of the IGTP, "and we certainly have a wealth of material to help us explain our work to the public in the future," she concludes.

See the the results of the European Performing Science Night