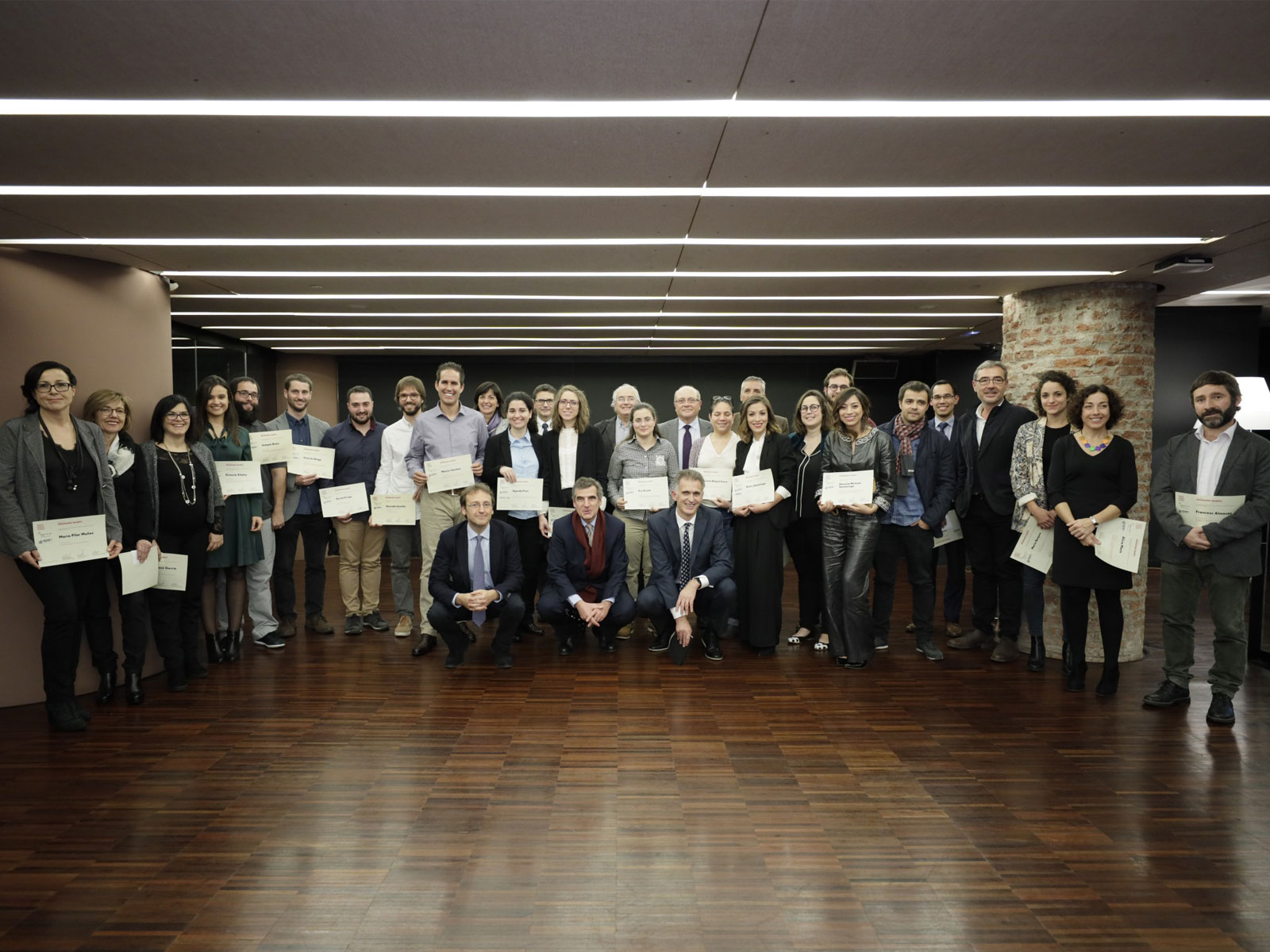 Tuesday 11 December saw the celebration of the 7th edition of the Pedrera Talents at the Casa Milà.   The awards, sponsored by the Catalonia La Pedrera Foundation, in which the Germans Trias Hospital and the Hospital Clínic de Barcelona both participate, consist of public recognition and a grant after their medical residency for young specialist physicians and other health professionals so that they can dedicate themselves to research.

This year saw the first edition of a scientific workshop before the institutional ceremony aimed at medical residents and medical students.  The workshop showed the value of the translational research that has been carried out thanks to the previous seven editions.

The workshop was presented by the scientific journalist Núria Jar and started with a rapid round of introductions and three-minute summaries of their projects by previous winners.  This was followed by a talk by the Doctor of Internal Medicine Cristina Pacho, who explained her research project which was the result of a Talents grant.  Two round table sessions discussed the experience of carrying out research in the healthcare environment.  In the first different professionals who had received grants in previous editions at different points of their careers participated and the second was a debate on translational research between three of the honorary directors of previous editions: Drs. Manel Puig-Domingo, Pere-Joan Cardona and Bonaventura Clotet.

This year the Germans Trias i Pujol Hospital has awarded 14 Trias Talents grants to medical residents on the hospital and primary care professionals; three Sapiens grants to enhance research and, for the first time, two Trias Advance grants for healthcare innovation.   All the researchers will maintain a strong link to the IGTP when carrying out their research and innovation projects.

Lluís Farres, director of the Knowledge and Research Section of the Catalunya la Pedrera Foundation and Dr Jaume Reventòs, Director of Institutional Relations and Operations for the Director General for Research and Innovation in Health of the Generalitat, chaired the ceremony.   They were accompanied by Dr Jordi Ara, Managing Director of the Catalan Health Institute for the Northern Metropolitan Territory and Dr Josep Maria Campistol, Director General of the Hospital Clínic de Barcelona.

The Germans Trias Talents Grants were set up with the aim of retaining talent and enhancing the careers of young staff on the hospital.  In seven years a total of 110 grants have been awarded to 82 people in 24 different specializations. In total more than a million euros have been distributed, an important amount for these now consolidated competitive grants. They represent post-residency grants for young medical specialists and other health professionals. Any person carrying out a research project in the hospital can apply, with the aim of completing their doctoral thesis, or a scientific publication.   The grants can be renewed for a second year