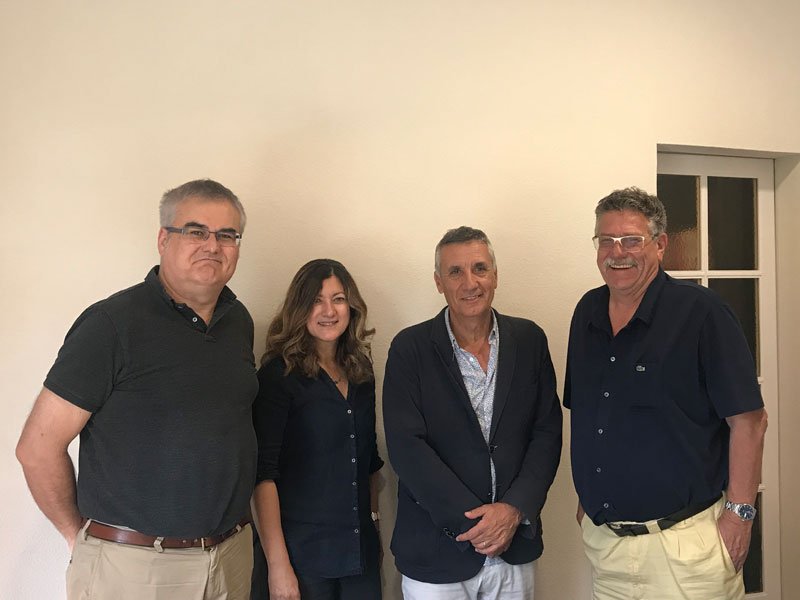 Biointaxis, the new spin-off company of the IGTP, was recently constituted. The company stems from research led by Dr Antoni Matilla-Dueñas together with Dr Ivelisse Sánchez of the Neurogenetics Group of the IGTP and has been created to increase translational research leading to treatments and new genomic technologies for rare neurological diseases with genetic causes.  The first project the company is undertaking is the development of a gene therapy for Friedreich's Ataxia.

The main aim of Biointaxis is to develop a treatment based on gene therapy to combat Friedreich's Ataxia.  When the treatment is introduced into animal models for the disease they have proven to have no negative effects on health while preventing the appearance of the disease and reducing the associated signs, such as ataxia (loss of coordination), polyneuropathy (weakness and pain in extremities), cardiovascular disease or diabetes. Matilla and Sánchez have developed this therapy at the IGTP and in collaboration with Dr Miguel Chillón, researcher at the Universitat Autònoma de Barcelona.  The multinational pharmaceutical company Gentec has also collaborated in the development of the technology and is a partner in the new company.  Additionally, the "la Caixa" Foundation and "la Caixa" Capital Risk are participating in expanding the company through the Caixaimpulse Programme.  Biointaxis is currently actively seeking investors to take move the technology forward into the clinical trials.

Friedreich's Ataxia is a neurodegenerative disease designated as a rare disease.  It principally affects the capacity for movements such as; walking, speaking or swallowing and its severity increases progressively causing incapacity and a lack of independence in sufferers.  There is no cure for the disease although the cause is known to be a defect in the gene that codes for a protein called frataxin which is involved in energy and metabolism of the cells.  A lack of this protein causes damage to nerve cells in the spinal cord and the brain, causing them to die off progressively.  The Neurogenetics Research Group at the IGTPan international recognized reference in inherited ataxias, having identified the genetic cause of several new ataxia sub-types, has placed especial focus on Friedreich ataxia since 2014 and the development of treatments for the disease.

The therapy that Biointaxis will work on from now on consists of bringing frataxin to the cells of the nervous system and other tissues to correct the deficit caused by the disease.  The technology is protected by a European patent and in the process of requesting the status of an orphan drug in the European Medicines Agency, as a drug for the treatment of a rare disease.There is currently no treatment for Friedreich's Ataxia, which affects approximately 2 out of every 100,000 people in populations of European origin (Caucasians).  In Spain Friedreich's Ataxia is the most common form of hereditary ataxia with an estimated prevalence of 4.7 cases per 100,000 inhabitants.