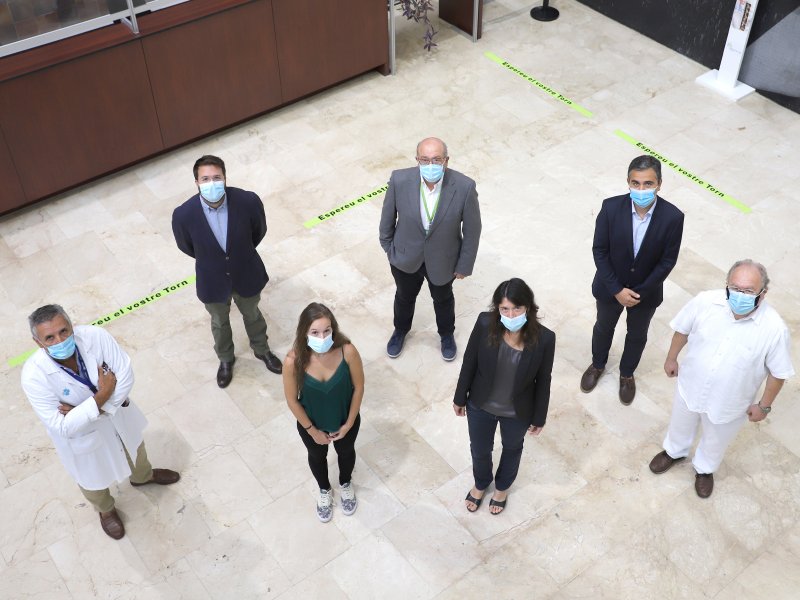 Time is Brain SL, a spin-off of the Germans Trias i Pujol Research Institute (IGTP), has just announced a round of equity seed-funding of 640,000 euros. The company is developing a medical device to improve the diagnostics of acute ischaemic stroke (AIS).

Time is Brain is initiating a round of seed-funding led by AYCE-Anagram with the participation of Capital Cell, the first online crowd-funding platform in Europe. The IGTP Spin-off company also has the support and endorsement of the La Marató de TV3 Foundation, the "la Caixa" Pedrera Catalunya Foundation, EIT Health and Ship2B and it has been awarded a Horizon 2020 Seal of Excellence Certificate.

With this seed round, Time is Brain will have a functional prototype of its medical device with which to carry out clinical validation and obtain the go-ahead from regulatory bodies in the European Community to market the product.

"AYCE-Anagram joining the project as a lead investor is an important added value for our company, as a business and as a CRO", says Alicia Martínez-Piñeiro, CEO of Time is Brain. "The support from Capital Cell, with their network of investors is also key to the success of this round of seed funding," she adds.

Under two years to market

The initial Germans Trias team, led by the neurologists Alicia Martínez Piñeiro, Antoni Dávalos and Jaume Coll-Cantí based their project on the results of the PROMISE clinical trial, which validated the capacity of a biomarker to predict the prognostic for patients treated for AIS with mechanical thrombectomy (MT). Time is Brain have developed a proof of concept of the medical device, which is able to measure this biomarker automatically. The device provides information that allows doctors to better select patients who are candidates for MT, to reduce the time before they receive treatment and improve their prognostic (a gain of 7.2 quality-adjusted life-year (QALY) for each MT carried out). "The objective is for the product to reach the market in under 2 years," confirms Martínez-Piñeiro.

The Time is Brain spin-off from the IGTP was created in July 2020. The team responsible for carrying out the project is multidisciplinary and includes world authorities on ictus, such as Dr Dávalos-Errando, experts in functional studies of the nervous system, such as Dr Alicia Martínez-Piñeiro and Dr Jaume Coll-Cantí, as well as the support in innovation and business development of Olivier Resnik and Raül Zurita Badosa (IGTP) and in technology development with the engineers Gisela Ruiz Vega and Joan Anton Penetró.