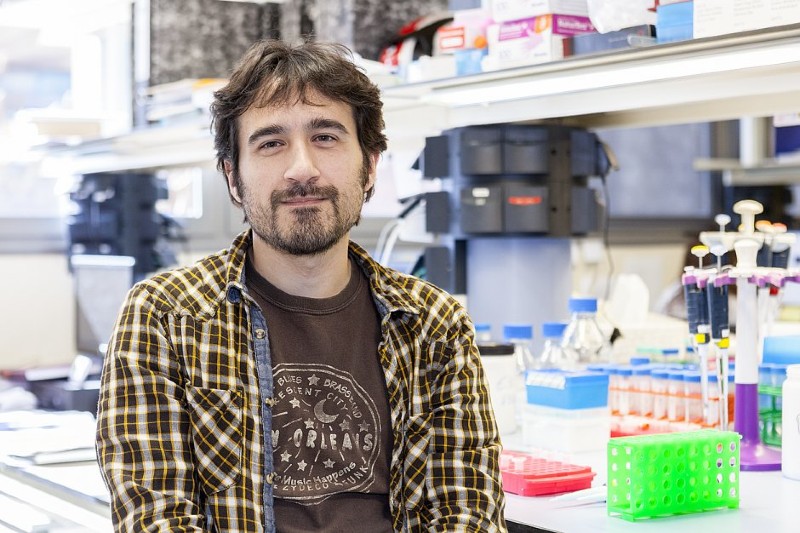 Dr David Sánchez-Infantes, researcher at the Germans Trias I Pujol Research Institute (IGTP) and Lecturer at the Universidad Rey Juan Carlos, has taken part in a study led by the Sant Joan de Déu Research Institute which has established that reduced levels of betaine in maternal milk are associated with risk factors for developing childhood obesity. The study has been published in Science Translational Medicine.

The research team analyzed samples of maternal milk from two different populational groups; one in the United States and the other in Valencia and they identified a component of milk called betaine, which was related to the growth during the first year of a baby's life. Specifically, they showed an association between a lower level of milk betaine and more rapid growth during the first months of life, a risk factor for developing childhood obesity.

"Pregnancy and the post-natal period define susceptibility to the development of chronic illnesses in adult life in an important way," explains Dr. Carles Lerín, Coordinator of the study and leader of the research group at Sant Joan de Déu. "In particular, the period of breastfeeding is a window of opportunity for nutritional interventions aimed at reducing childhood obesity."

Betaine is a nutrient present in many different elements of our diet, such as: quinoa, whole-grain cereals, spinach or beetroot. It is also present in natural form in maternal milk. It is a molecule that can act as a protector of cells against osmotic stress, or as a donor of methyl groups. Reduced levels of this metabolite in blood in adults have been shown to be associated with metabolic problems and obesity. These studies open the door to future interventions during the first phase of life to combat the problems of overweight and obese children.

"There are factors that predispose us to develop early obesity and the appearance of metabolic problems in the long term: obese parents, alterations in sleep patterns, unhealthy lifestyles, or low socio-economic status. Betaine supplements during breastfeeding could protect the children and lower their risk of developing obesity and the associated diseases in adult life," comments Dr David Sánchez-Infantes.

To analyze whether the supplementation of breast milk with betaine would improve metabolic health, the research team worked with a series of animal models. They observed that supplementing the maternal diet with betaine, even only during breastfeeding, raised the content of this nutrient in milk and moderated the growth of the offspring. Additionally, the betaine supplements also had long-term effects; the offspring showed a reduction in adiposity and markers of inflammation as well as improvements in metabolism and glucose control as adults.

The role of the microbiota in metabolic health

The preclinical study also showed changes in the microbiota in the intestine of the offspring, especially an increase in the bacterium Akkermansia in those animals which had been fed on milk supplemented with betaine. This bacterium is present in our intestines and different studies have demonstrated that it has a beneficial effect in the context of obesity and metabolic disorders. The results observed in animals were also confirmed in the samples from the two populational groups.

In the light of this, the research group has started a pilot clinical study to determine the effects of maternal diet with betaine during breastfeeding on both the growth curve and the microbiota of their babies.