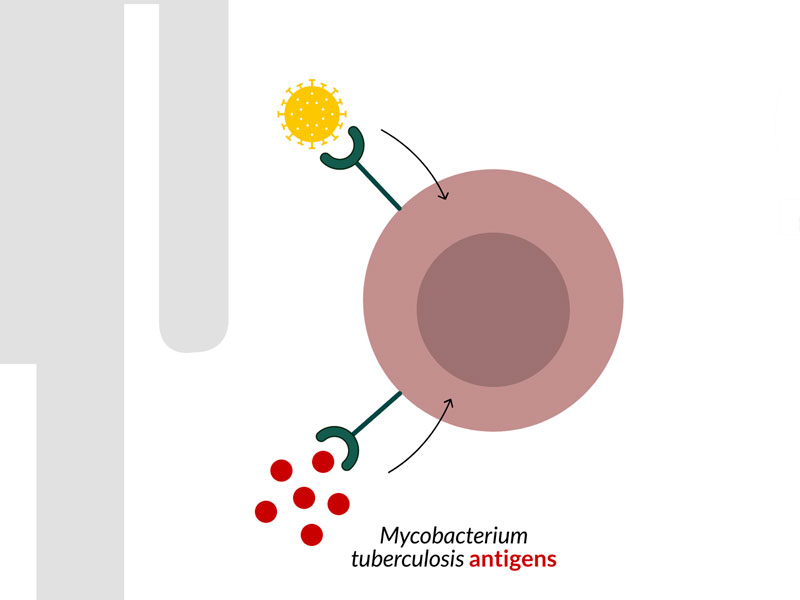 In 2016, the Retrovirology and Clinical Studies group at IrsiCaixa discovered how the absence of the Siglec-1 protein, involved in modulating the immune system, blocks the spread of HIV throughout the body. Now, a study led by the same research group and the Experimental Tuberculosis Unit of the Germans Trias i Pujol Research Institute (IGTP) has shown that, on the other hand, this same deficiency favours the dissemination of Mycobacterium tuberculosis (Mtb), the tuberculosis-causing agent. Thus, the absence of this protein helps to understand its role in different infectious contexts, and to shed light on its function in infected individuals. The study has also counted with the participation of the IVECAT research group, led by Francesc Borràs at the IGTP, as well as with the participation of more than 10 international research groups.

The Siglec-1 protein is a molecule located in the dendritic cells of the immune system. These cells are responsible of presenting parts of the pathogen that has infected the organism on their surface, with the aim of triggering a protective response against the infectious agent. "We could say that dendritic cells are our body's security alarm; when they detect an intruder, they internalise it and show it to the immune cells responsible of eliminating it, such as CD4+ T lymphocytes," explains Nuria Izquierdo-Useros, principal investigator at IrsiCaixa. This alarm is activated when Siglec-1 recognises, for example, the invasion of bacteria. However, in the specific case of HIV, Siglec-1 is able to bind to this virus and promote its spread to CD4+ T lymphocytes. This spread consequently promotes the spread of HIV within the body of the infected person, as long as they are not taking antiretroviral treatment.

After having linked the absence of Siglec-1 to a blockage in the HIV dissemination pathways, the IrsiCaixa team has found, in more than 6,000 individuals, that the lack of this protein causes, in turn, a delay in the activation of the immune response to fight the bacteria that causes tuberculosis, Mtb.

"The reason why the absence of the same molecule causes two antagonistic situations lies in the different function of Siglec-1 in each type of infection," says Susana Benet, first author of the article and pre-doctoral researcher at IrsiCaixa.

On the other hand, in the case of Mtb, this absence makes the alarm of the immune system work worse, because it simply takes longer for the immune system to be activated. In other words, the lack of Siglec-1 slows down the presentation of bacterial antigens to other cells of the immune system, so the immune response against Mtb is delayed and the pathogen can continue spreading through the body.

"We only knew one part of what the absence of this molecule entailed in the context of HIV, but we were missing what happens during tuberculosis infection, and this is important because the two infections often occur together," says Cristina Vilaplana, physician and researcher at the Experimental Tuberculosis Unit of the Germans Trias i Pujol Research Institute. "Understanding these antagonistic functions in different infectious contexts will help us in the future to design new targeted therapies with fewer side effects and contraindications," she adds. 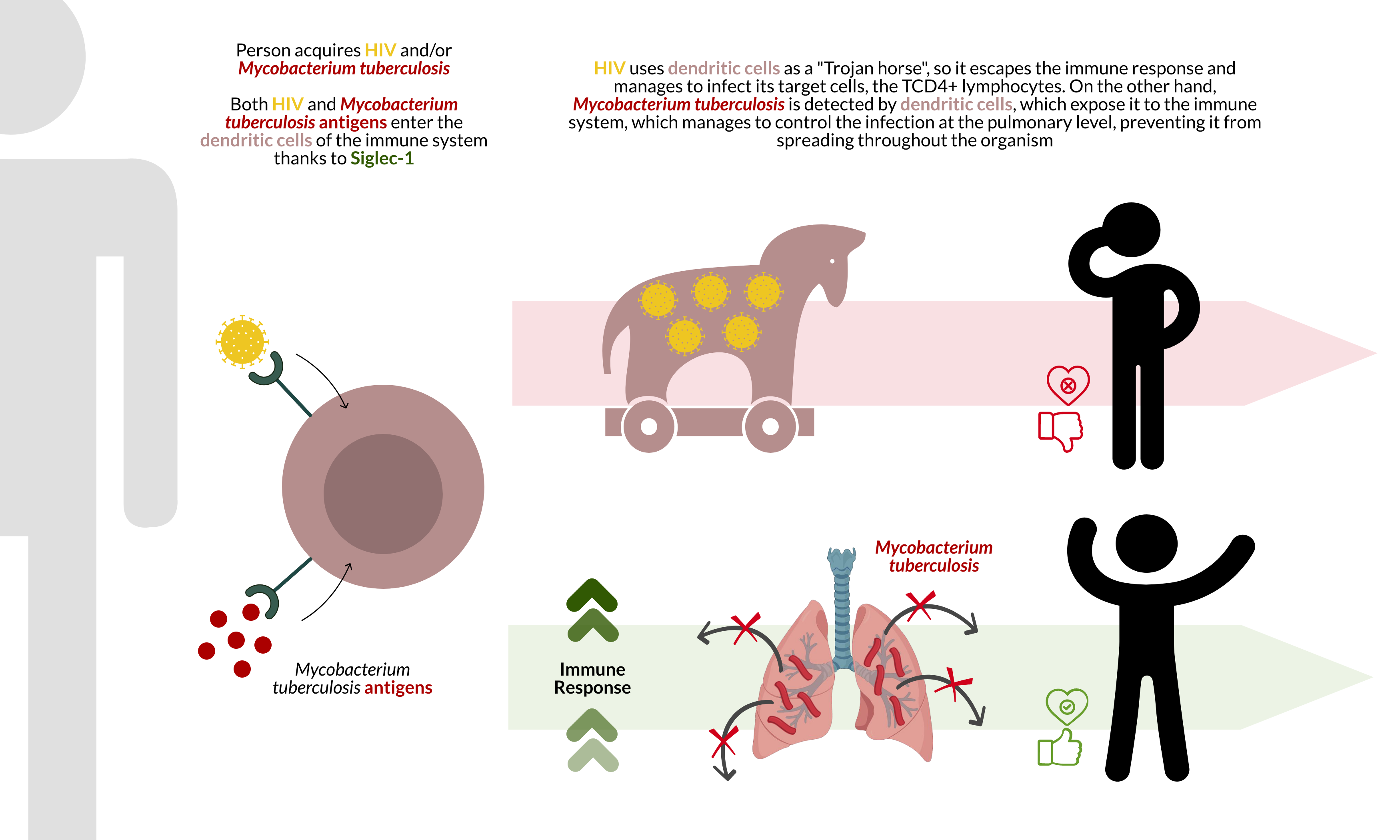 The fact that HIV's target cells are TCD4+ lymphocytes causes the virus to weaken the immune system. With a weakened immune system, opportunistic pathogens such as Mtb have it easier to infect, which is why HIV/Mtb co-infection is common.

"If the absence of Siglec-1 causes antagonistic effects in the presence of HIV and Mtb, what happens when there is co-infection?" asks Javier Martínez-Picado, ICREA researcher and group leader at IrsiCaixa. "After carrying out this study, we have seen that, the beneficial effect that the absence of this molecule can have, reducing the spread of HIV, can be overshadowed by the detrimental effect of this same absence, generating a deficient immune response to Mtb," he concludes.