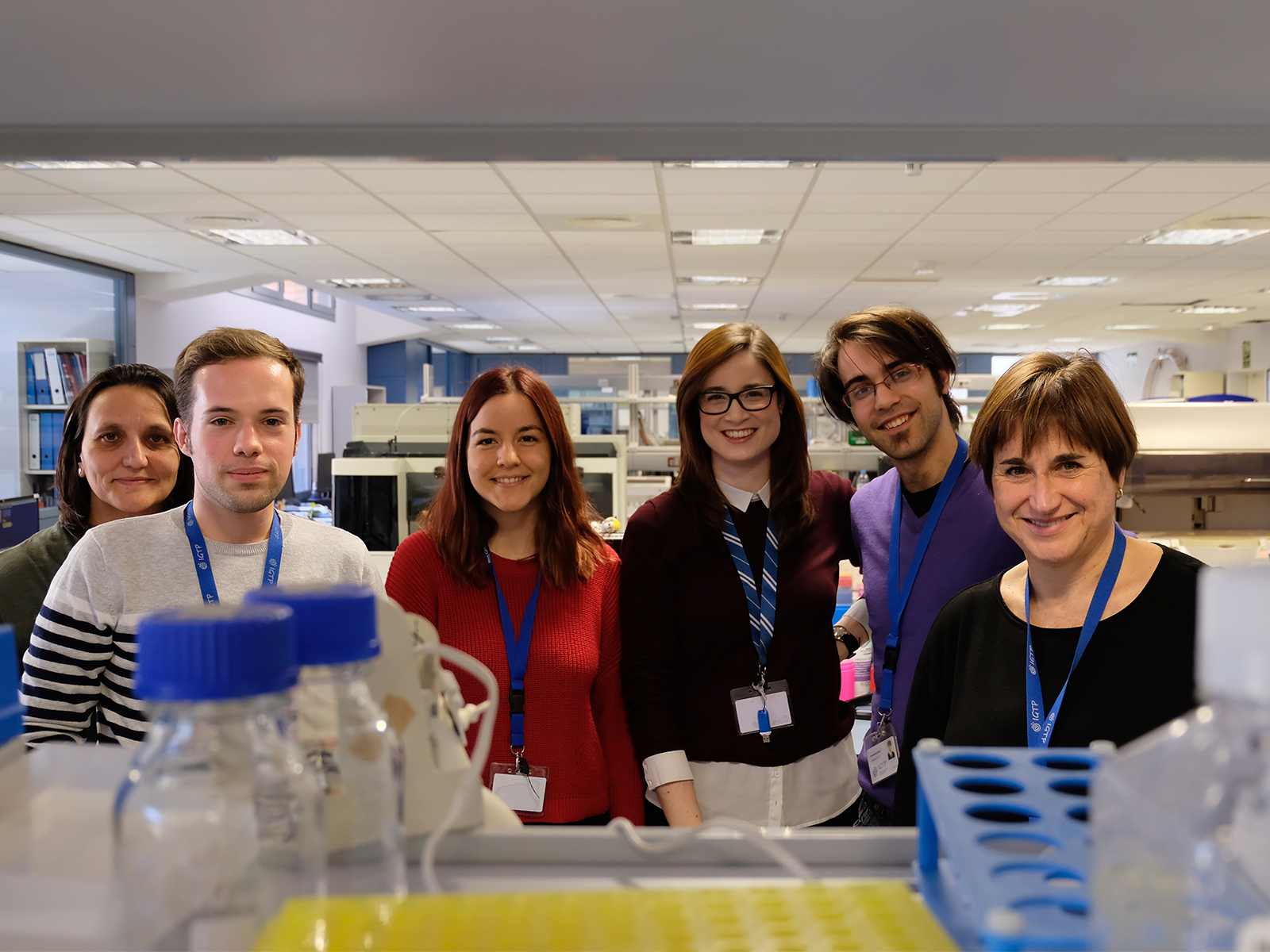 The Immunology of Diabetes Research Group, led by Marta Vives-Pi, has published a new article in Frontiers in Endocrinology on using a drug to re-programme pancreatic cells in mice with type 1 diabetes (T1D) in order to regenerate the beta cell mass. This drug was selected from 6,605 already-approved candidates as the best one for the job by using artificial intelligence. In fact, when tested in mouse models, the drug improved hyperglycaemia and regenerated insulin-producing beta cell mass, paving the its way for as a future beta cell mass restoration strategy.

In T1D, the immune system destroys the insulin-producing beta cells in the islets of the pancreas.  Insulin is a hormone that controls blood sugar and metabolism. Any definitive treatment for T1D will not only have to stop this destruction, but it will also have to replace the beta cells lost and restore insulin secretion.

The insulin-producing beta cells in the pancreatic islets are accompanied by alpha cells. These cells produce glucagon, which is a hormone with the opposite effect to insulin, and thus releases sugar into the blood from storage. There is evidence that alpha cells can be encouraged to transform into insulin-producing beta cells. Beta cells can also regenerate themselves or be generated from precursor cells in the pancreatic ducts. In this work, the researchers of the group, in collaboration with Anaxomics Biotech SL and a Drug Repurposing strategy, have identified a promising candidate drug to drive the generation of beta cells and they have started to analyse the mechanisms involved.

Drug Repurposing has been very successful for diseases such as cancer or Alzheimer's disease, where drugs that had already been licenced for use in humans for other purposes have shown efficacyproved to be effective. This is quicker, safer and cheaper than developing new compounds from scratch. To apply this process to T1D, a sophisticated top-down systems biology method (a type of artificial intelligence) has been used.

"This process is not automatic," explains Adrián Villalba, the first author on the study. "We must manage all the data entered and how the artificial neural networks work through the process." Of 6,605 possible drugs, this system identified Liraglutide as the best candidate to promote beta cell replacement. Liraglutide is extremely similar to glucagon-like peptide-1, which is a drug used in patients with type 2 diabetes.

The group then explored the effects of Liraglutide in mouse models of T1D. They found that it strongly reduced hyperglycaemia, and they also found evidence that beta cells were being regenerated from two different sources: from the transformation of alpha cells into beta cells, and also that new insulin-producing cells were forming in the ducts. "This work confirms that the selected drug could be a potential treatment for T1D, especially since it involves the formation of a novel insulin-producing cell type in the pancreatic ducts" says Villalba.

"Liraglutide could be a candidate to restore beta cell mass in combined therapies, together with an immunomodulatory strategy to arrest autoimmunity," considers Vives-Pi. "Of course, we now have to carry out extensive testing and find the exact mechanism of action of this drug. However, this type of multi-disciplinary approach and the application of innovation to our work is essential in accelerating the process of getting treatments ready for patients," she concludes.

This work is part of a project funded by La Marató de TV3, Diabetis i Obesitat (2015).