The device will identify possible obstructions in stents quickly and non-invasively. Nimble is a spin-off company of the Germans Trias i Pujol Research Institute (IGTP), the Universitat Politècnica de Catalunya (UPC) and the University of Barcelona (UB).

Stents are the most commonly implanted medical devices in the world due to their ability to restore the correct flow in blood and other fluids. These cannulas are frequently used to treat cardiovascular diseases and help to prevent myocardial stroke, or treat a patient's symptoms after they have suffered one. However, unfortunately these small implants can become obstructed, or damaged, but symptoms only occur when the stent has lost 90% of its functionality, which is too late for medical staff to prevent the patient's condition from worsening.

In these cases, medical staff must carry out an invasive procedure called angiography, which consists of introducing a catheter into the artery to inspect the stent directly. Obviously, this is a complex and invasive procedure and the patient requires anaesthetic, receives a high dose of X-rays and must stay in hospital for at least 24 hours, with the associated high costs.

All this means a situation in which professional medical staff can't act on a problem until it has appeared, a situation that raises the risk of severe complications such as a stroke, heart attack or even sudden death, which using other methods could be avoided.

After identifying this need, research personal of the Germans Trias i Pujol Research Institute (IGTP), BarcelonaTech of the Universitat Politècnica de Catalunya (UPC) and the University of Barcelona (UB) have founded Nimble Diagnostics, a spin-off to commercialize a device to monitor stents with a technology based on microwaves. The Nimble system allows possible cardiac problems to be identified before it is too late and in a completely non-invasive way, which is also fast and easy to use. This makes it possible to apply early treatments to prevent serious complications, such as identifying the optimal pharmacological treatment for patients, correlate the symptoms with the functioning of the stent and taking a holistic approach to treating the patient. 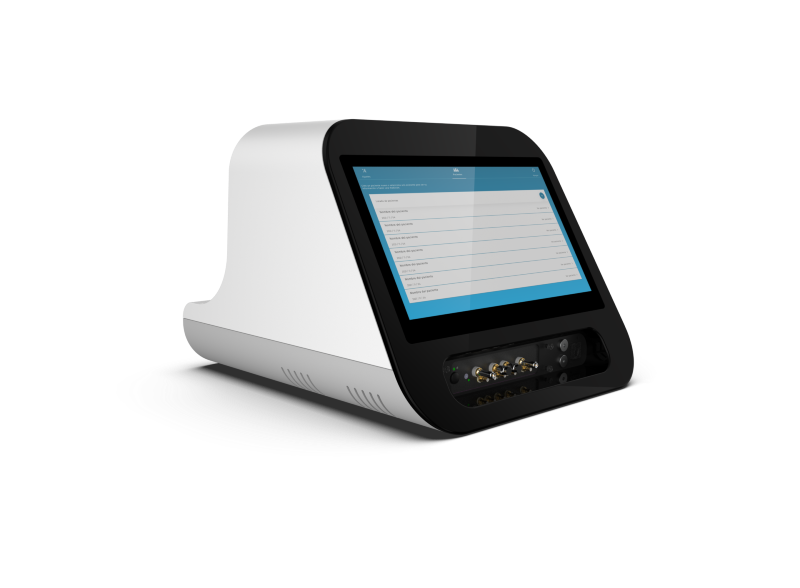 The spin-off will be led by the researchers Dr Oriol Iborra (CEO) and Susana Amorós (CTO), the co-founders are: Dr Carolina Gàlvez, Dr Oriol Rodríguez and Dr Antoni Bayés (IGTP); Joan M. O'Callaghan, Lluís Jofre and Jordi Romeu (UPC); and Professor Javier Tejada (UB). The aim is to carry out pre-clinical testing in pigs and complete technical stress tests during 2022 in order to be able to commercialize the Technology from 2025 onwards.

Nimble works within the United Nations Sustainable Development Goals, and in particular goals three, eight and nine. Nimble's mission is to guarantee healthy lives and promote wellbeing for all people (Goal three: Good Health and Wellbeing). Regarding goal eight (Decent Work and Economic Growth) the team that make up the spin-off work to strengthen local, national and international economic growth while ensuring that the technology benefits all levels of society, as well as opening new medical opportunities.  Finally, in line with goal nine (Industry, Innovation and Infrastructure) the company is involved in multidisciplinary processes, which encourage the development of collaborative projects. Additionally, it is in the process of industrial automatization, which will allow manufacturers to optimize timings and costs.