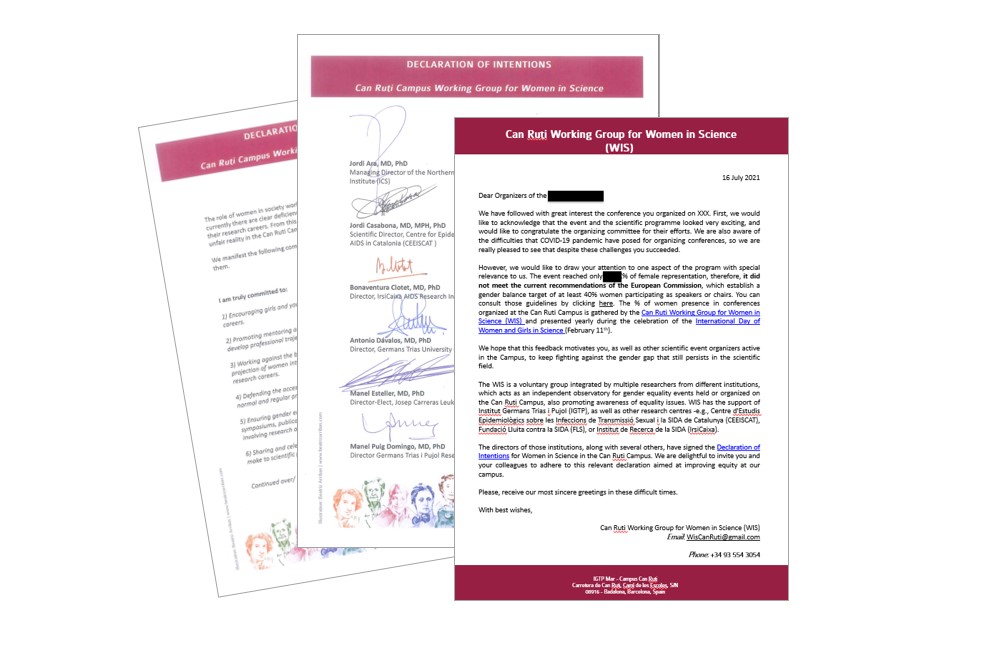 The figures have meant that this year (2021) the WiS Group have contacted the organizers of the conferences carried out to congratulate them on their work, or to draw their attention to the shortfall and encourage them to meet the minimums established by the European Union (UE) and reflected in point number five of the Letter of Intention signed by the directors of most of the research institutes on the campus. The WiS group hopes that actions of this type can help to breach the gender gap which exists in on so many levels the research environment at the moment.

The Can Ruti Campus Women in Science Working Group (WiS, Women in Science) was established at the end of 2018. Since then the group has engaged in various activities. One of the most important is to organize the WiS Symposium to celebrate the International Day of Women and Girls in Science (11 February). This year they celebrated their 3a Edition on 10 February.

Another activity has also been to develop the Observatory for Equality in conferences and scientific events organized from our campus. In 2019, the first year, 14 events were identified as being mainly organized from Can Ruti Campus and in 2020, despite the pandemic, this number went up to 18, with many conferences taking place online.

The European Commission has proposed a minimum of 40% of women amongst organizers and speakers of meetings, including chairs of sessions. Following this criterium in 2019 only 50% of the conferences on the campus reached this objective and last year it was once again 50% of the events that took place.

The WiS is a working group made up of volunteers dedicated to research in different institutions on the campus and it has the support of the Germans Trias i Pujol Research Institute (IGTP) and other institutes such as the Center for Epidemiological Studies on Sexually Transmitted Infections and AIDS in Catalonia (CEEISCAT), the Fight AIDS Foundation and the IrisiCaixa AIDS Research Institute.