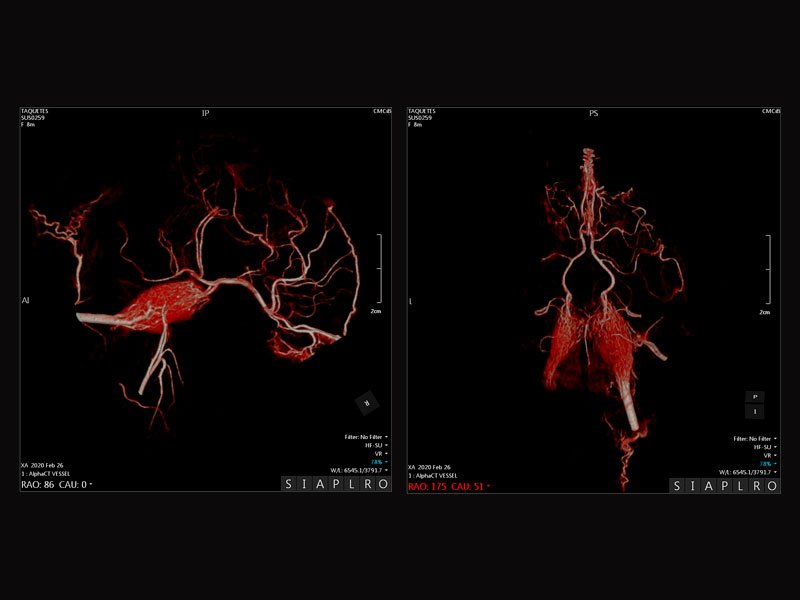 Much of the pre-clinical research into stroke until now has been carried out in rodent models. However, diagnostic imaging techniques available for pre-clinical research, such as those being used and further developed at the Centre for Comparative Medicine and Bioimage (CMCiB) of the IGTP will consolidate the pig model for research into ictus. The pig brain is much closer to that of humans in terms of structure and it also allows for reliable tracking of brain damage evolution after a stroke using the same non-invasive multimodal sequences that are currently used in patients. This is one of the main conclusions of a new review paper by the Cellular and Molecular Neurobiology Research Group led by Dr Teresa Gasull and published in the International Journal of Molecular Sciences.

The review paper is an extensive study of techniques being used in swine models around the world to study stroke; with around 17 million cases registered each year, which cause 6 million deaths and leave another 6 million patients with severe disabilities. The paper discusses the methods of studying both ischemic stroke, due to blocked blood vessels, and haemorrhagic stroke, due to arteries rupturing, and identifies the pig as the best animal to use to study both types in humans.

A better model to study the human brain

The structure of the porcine brain is much closer to the human brain than rodent brains are; for example, both contain more than 60% white matter, part of the brain with more sophisticated connectivity that is often damaged by stroke. Stroke studies on rodents have not successfully explored damage to the white matter, which only makes up about 10% of their brains. Current treatments centre on restoring blood supply, but only about 15% of patients benefit from these treatments and studies are desperately needed to track ongoing damage to white matter after the event and find better treatments. The way clots accumulate and affect the ongoing health of the patient is also similar in pigs to humans. These features, their brain size and brain structure and the facts that they have comorbidities, such as obesity or atherosclerosis, and are genetically closer to humans than mice, all make them much better models to study the effects of stroke. The group is already working on a porcine stroke model.

Diagnostic imaging at the CMCiB at the service of neurobiology

The CMCiB facility at the IGTP has been designed to optimize facilities for the use of the best animal models, while carrying out research within the 3Rs principle (replace, reduce, refine). It is fully equipped for studying stroke with a range of technology suitable for the pig model of a similar size to that used for diagnosing and treating patients. The bioimaging technology available allows researchers to use non-invasive methods to visualize and model both the vascular and nervous systems, both of which are essential to study stroke. "The CMCiB is going to be a powerful tool for deciphering the neurobiology of stroke," says Gasull.