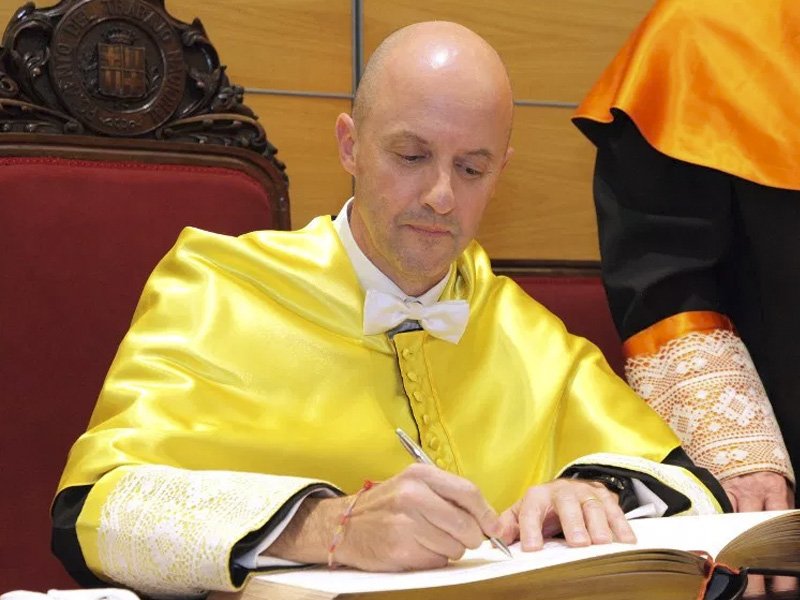 Pere-Joan Cardona is a physician specialized in microbiology and parasitology and leader of the Experimental Tuberculosis Unit, which has been researching tuberculosis for 20 years at the Germans Trias i Pujol Research Institute (IGTP).  Cardona was sworn in as a full academician of the Royal European Academy of Doctors (RAED) on Tuesday in a ceremony in the auditorium at Fomento de Trabajo Nacional in Barcelona.  Emili Gironella Masgrau made the formal proposal speech.

Cardona gave his inaugural speech accompanied by his family, friends and colleagues, to whom he dedicated a large part of his thanks in a review of "The Experimental Tuberculosis Unit, 20 years of history".  "Throughout the years I have often been asked how I could have dedicated my life to this particular challenge.  The right question would be how I could have dedicated 20 years to a disease that everybody disregards," he reflected during the delivery of the paper.  Specifically, the social response to this disease is one of the aspects that has dogged its research throughout history; it has been either forgotten or highlighted at different moments.  Cardona defines tuberculosis with a metaphor, as a kind of "unnoticed elephant in the room drinking tea and eating biscuits."

After covering the milestones and discoveries in research over the last 20 years of work of the Experimental Tuberculosis Unit, which include: the RUTI vaccine; the probiotic Mycobacterium manresensis; the study of the use of ibuprophen to halt inflammation and stop tuberculosis progressing and the projection and building of a high security animal house at Can Ruti.  When reflecting on the world of research, he did not spare criticisms of the lack of investment in research and followed them with a call to the Spanish and Catalan institutions to resolve this deficit.