A team of researchers from the Germans Trias i Pujol Hospital and Institute on the Can Ruti Campus in Badalona (Barcelona), have started a phase I trial to slow the progress of multiple sclerosis (MS) with a cell product that uses the patient's own cells and reprograms their immune system.

The trial started this summer and will, during the first phase, treat 9 patients with different doses of the cell product: low, medium and high doses. In the second phase the dose that has proven to be the safest will be administered to a further 21 patients.

It is a multi-centre trial in that apart from the Germans Trias Hospital there are also researchers from the University Hospital of Anvers and the University of Navarra Clinic who will treat the same number of patients and compare the results.

A new treatment based on cell therapy, a type of personalized medicine

Multiple sclerosis is an autoimmune disease in which the body's defences destroy myelin, a layer of proteins and fats that covers the nerve tissue of the brain, optical nerve and spinal cord. This loss of myelin means that nerve impulses are not transmitted correctly and sufferers can experience problems of strength, sensitivity, balance and vision. The treatment developed by researchers of Germans Trias consists of extracting cells from the patient's blood, treating them in the laboratory with vitamin D3 and reintroducing them into the patient. These cells, known as dendritic cells, have been re-educated and help to stop the attack on myelin and so stop the disease progressing.

"Cells are extracted from the patient using a technique called leukapheresis. The sample extracted is sent to the University of Navarra, where they select out the dendritic cells and treat them with D3. Once they have been treated and re-educated immunologically, they return to Badalona and are administered into the cervical ganglia of the patient. The patient receives a total of six doses in 14 weeks," explains Dr Cristina Ramo, Head of the Multiple Sclerosis Unit.

There is still no cure for the disease, but immunosuppressive treatments can slow its progress.   Although they have proved beneficial, they affect the whole immune system; that is they do not discriminate between healthy and affected cells and this reduces the natural defences of the body. The treatment with the patient's own cells could have fewer side effects and be safer.

"We have made a lot of progress in understanding MS and cell therapies. By carrying out this trial of therapeutic approach in patients we are getting much closer to more selective immune-modulating therapies with fewer side effects, these in the long term could potentially lead to remission of the disease," considers Dr Eva Martínez-Cáceres, Principal Investigator of the Immunopathology Research Group and Head of the Immunology Service of the Northern Metropolitan Territory of Barcelona.

MS is the second most frequent cause of neurological disability in this age group of young adults and it mainly affects women. In Europe there are 500,000 people who have been diagnosed and around 2.5 million worldwide, most of them between 20 and 40 years old. 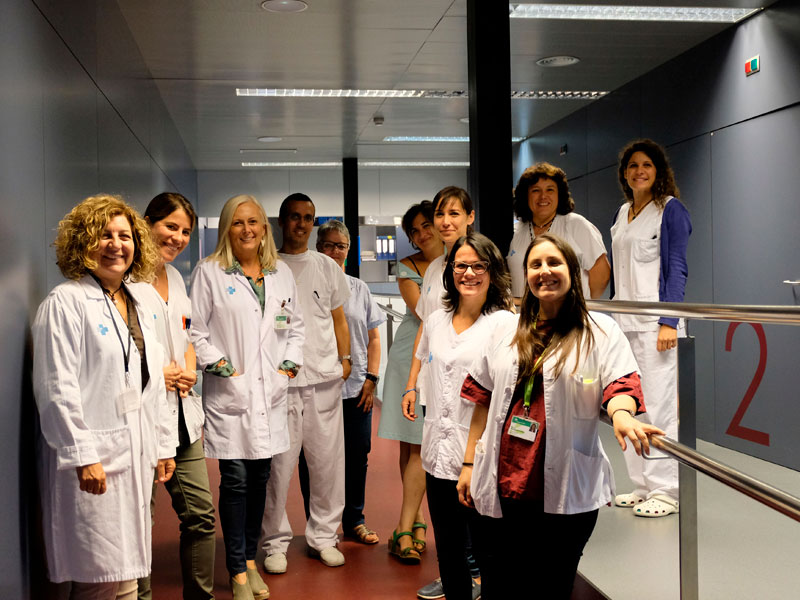 Development of the therapy started in 2007.  In the first phase the research group analysed the treatment in cell cultures in vitro (with cells extracted from patients) and in animal models for MS both with very positive results.  Funding to carry out the pre-clinical research was provided by the Instituto Carlos III, the AGAUR Agency and Charitable bodies supporting research such as La Marató de TV3 and Salud 2000.  Recent stages of the research have also been supported by the Belgium organization IWT-TBM and the European network COST (European Cooperation in Science and Technology).

In 2016 the cell therapy developed at Germans Trias was shown to comply with all the requirements to carry out a trial in patients and was approved by the Spanish Agency of Medicines and Medical Devices (AEMPS).

This year the researchers have obtained 5,357,032 euros from the Horizon 2020 Research Program of the European Union to carry out this clinical trial (RESTORE, grant agreement No 779316). This allows the collaboration of various research centres and companies across the Union, including Germans Trias.