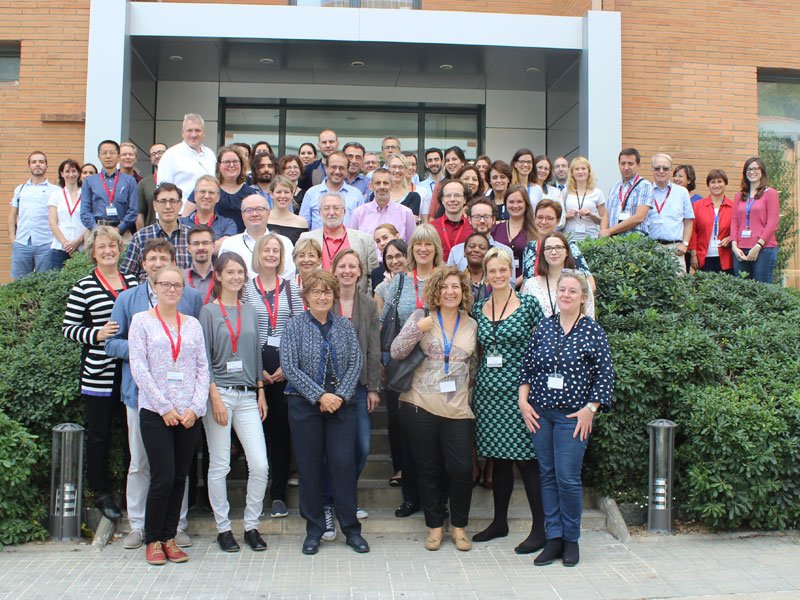 Since 2007 the Immunopathology Group led by Dr Eva Martínez-Cáceres and Dr Cristina Ramo Tello at the IGTP has been working to develop a new treatment for autoimmune diseases, in this case for multiple sclerosis.  It is based on the extraction of white blood cells from a patient's own blood to "re-educate" them in the laboratory and stop the damaging response that they have to the patient's own myelin in this disease.  This is known as a tolergenic therapy.  To help their work in this task, Dr Martinez Cáceres has coordinated a COST project, a European network of scientists working on similar problems; the project concluded in 2017 and has now published its scientific report.

The objective of COST (Europea Cooperation in Science and Technology), financed by the European Union, is to connect scientists from different countries to facilitate scientific and technological advances.   Working together allows researchers to share and increase knowledge, lead new concepts and at the same time strengthens European science and increases its potential for innovation.  This is the case AFACTT (BM1305) Action to Focus and Accelerate Cell-based Tolerance-inducing Therapies.  The scientific report confirms that they have achieved their objective of creating synergies and uniting resources to speed up progress in this field.  Amongst the successes of the network the international experts have defined a Minimum information for tolerogenic cells (MITAP) and a minimum information for regulating cells (MITREG), this will improve harmonization and standardization across countries, save time and resources and reduce redundancy.

As the coordinator, Dr Martínez-Cáceres is very satisfied with the achievements, "the project has been a success, in particular because the group has been very open and everyone has shared their knowledge and data."  She also stresses that, "it is the first COST project that the IGTP has participated in and to do so as the coordinator has been a great challenge, but it has provided the possibility of receiving new projects with European funding and it will help us to develop this promising therapy."

A total of 21 European countries and the United States have participated in the AFACTT Project, the largest European network in tolergenic cellular therapies.  From the project, which concluded with a conference at the IGTP and in Barcelona in October 2017 a total of 9 proposals and new projects have resulted from the activities of AFACTT, two led by Dr Martínez-Cáceres in the IGTP.   One of the most important projects to come out of the network is RESTORE (H2020 779316), an international clinical trial of the therapy developed in the laboratory of Dr Martínez-Cáceres and Dr Ramo, coordinated by the University of Amberes and in which the IGTP is participating.