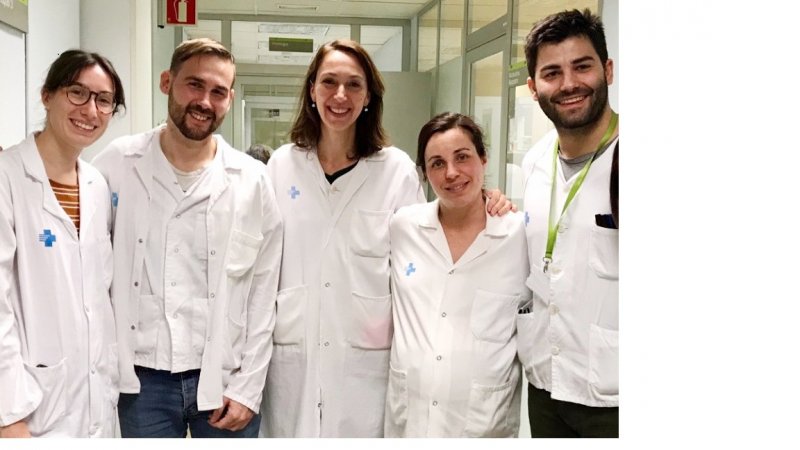 Scientists from the IGTP and the hospital have participated in the SeqCOVID consortium of 50 health research centres, led from Valencia.The study published in Nature Genetics identifies nine variants that dominated the pandemic between March and June 2020 in Spain. The Badalona team, in collaboration with the team in Valencia, detected the first case of the Alpha variant (first detected in the United Kingdom) in Catalonia in December 2020.

The SeqCOVID consortium is led by the Biomedicine Institute in Valencia (IBV) of the Spanish National Research Council (CSIC) together with the University of Valencia and the Foundation to Promote Biomedical in the Valencian Region (Fisabio) and it includes 50 research centres in Spain. The study analyzed 2,500 samples collected during the first wave in the country.

The results published in Nature Genetics identify nine variants of the SARS-CoV-2 virus that dominated the pandemic in Spain between March and June 2020. The most common came from viral strains that were abundant in Asia at the time, although the virus came into the country mainly from Europe and with at least 500 different introductions, according to the study. The work also shows that the confinement imposed here reduced the transmission of variants drastically, including the most contagious ones and these were replaced by other variants from summer 2020 onwards when restrictions were relaxed. 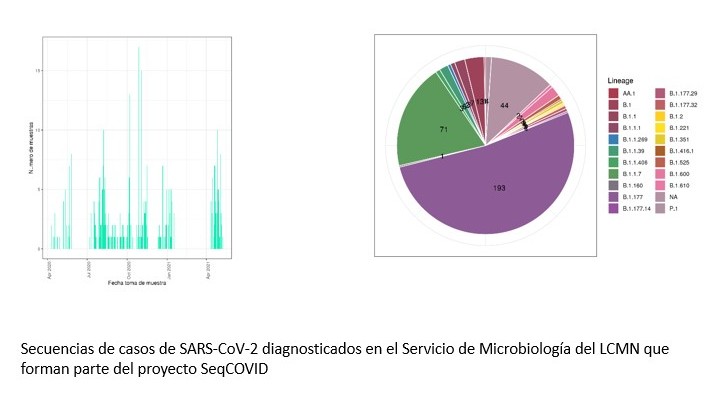 The Clinical Virology and New Diagnostic Tools Group, led by Elisa Martró, together with the Microbiology Service of the Germans Trias i Pujol Hospital have taken part in the project and have analyzed 475 genomic sequences taken from samples of SARS-CoV-2 circulating in the Northern Metropolitan Area of Barcelona during the various waves and causing infections in hospitals in the region. Thanks to this work in collaboration with the team in Valencia, they were able to detect the first case of the Alpha variant, at the time common in the United Kingdom, in Catalonia at the end of December 2020. Participation in the project made it possible for the Microbiology Department in the Clinical Laboratory North Metropolitan Area (LCMN) to implement massive sequencing technology for complete genome sequencing of SARS-CoV-2. Since January 2021 they have formed part of the Can Ruti Campus Sequencing Hub, coordinated by the Microbiology Service and the IrsiCaixa Aids Research Institute, which has sequenced 200 complete genomes of SARS-CoV-2 each week, with more than 6,500 completed to date. The Can Ruti Hub forms part of the Monitoring System for New SARS-CoV-2 Variants in Catalonia and the National Genomic Monitoring Network.