Jordi Barretina, the new Director of the Germans Trias i Pujol Research Institute 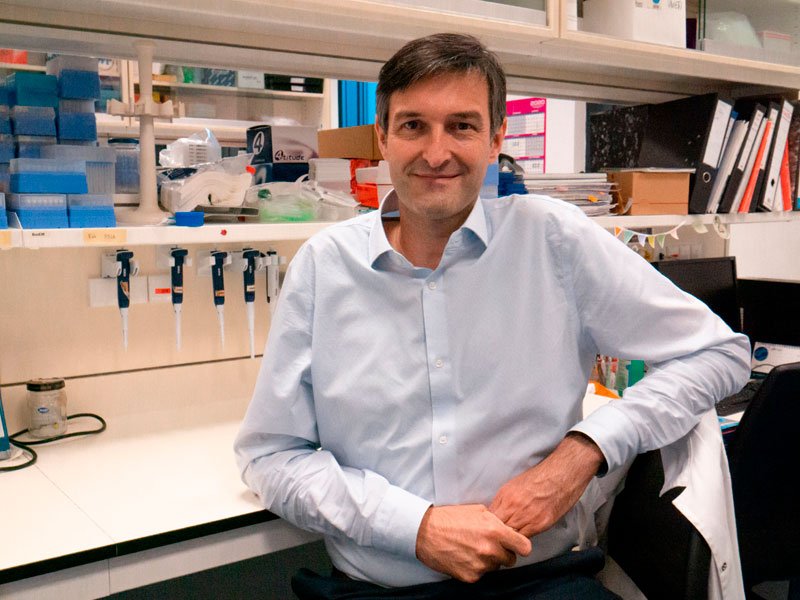 Jordi Barretina Ginesta is the new Director of the Germans Trias i Pujol Research Institute (IGTP) on Campus Can Ruti, Badalona; he will take up the role this October. The open selection process was managed by the CERCA institution, of which the IGTP is a member. Dr Barretina will take over from Dr Manel Puig Domingo, who is stepping down as director of the research centre after seven years in the post.

Dr Barretina (Viladamat, 1976) received his PhD in Biochemistry and Molecular Biology from the Universitat Autònoma (UAB) in 2004. After finishing his doctoral studies at Campus Can Ruti, at the IrsiCaixa AIDS Research Institute he moved to Boston (United States of America) to join the Dana-Farber Cancer Institute at the Harvard Medical School as a postdoctoral researcher in cancer. There he completed the Sarcoma Genome Project and contributed to the discovery of several specific genomic alterations which provided targets for new directed therapies for this rare type of cancer.

In 2008 he moved to the Broad Institute at Harvard and MIT in Cambridge, USA from where he led the Encyclopaedia of Cell Lines Project, financed by Novartis, which  described the genetic alterations in more than 1,000 laboratory cancer models to help predict the response to different types of oncology treatments. Following this project Barretina joined Novartis in 2011 as Head of the Translational Oncology Research Laboratory at the Biomedical Research Institutes of the company in Cambridge. In 2017 he returned to Spain to take up the post of Director of the Girona Biomedical Research Institute (IDIBGI), where he has been until now.

The new director of the IGTP highlights the level of research being carried out in Badalona and his proposal is "to consolidate the work done until now and continue working to expand and internationalize the research at the IGTP and on the Can Ruti Campus." Barretina stresses the potential of the infrastructure and the research at the IGTP and will work for objectives to "continue working on the lines of research of the institute in the context of this biomedical research campus of excellence, while promoting translational research, innovation and technology transfer."

Dr Barretina will work at the IGTP alongside the Scientific Director, Dr Julia Garcia Prado.

The Germans Trias i Pujol Research Institute (IGTP) is a public biomedical research centre affiliated with one of the big teaching hospitals in the Barcelona area, the Germans Trias i Pujol University Hospital, both form part of the Can Ruti Campus. It is a CERCA centre, accredited as a centre of excellence by the Instituto de Salud Carlos III, in this role it coordinates the scientific research on the campus and works in close collaboration with the other research centres there. The research staff of the IGTP publish an average of 900 articles a year and contribute to improving healthcare protocols and developing new treatments, they produce patents and create spin-off companies all with the goal of improving the lives of patients.