Tuberculosis, known as TB, the cause of 1.5 million deaths a year worldwide.   The active ingredient Nyaditum resae® is easily administered in pill form or as a food supplement and can now be distributed to over 5 million people in 16 more countries in Africa and Asia thanks to an agreement signed today with SRS Life Sciences. 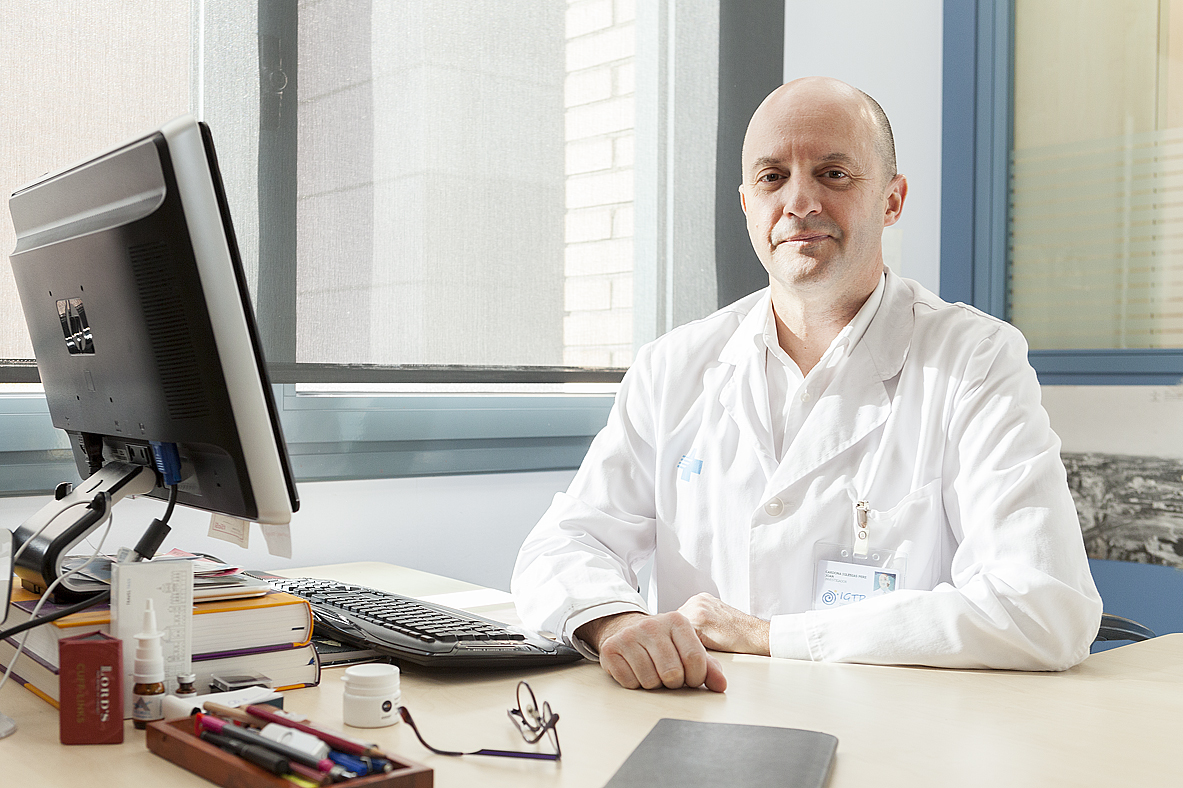 Dr Pere-Joan Cardona, CEO and CSO of Manremyc and leader of the Experimental Tuberculosis Unit (UTE) at the IGTP has signed the agreement today with SRS Life Sciences at the international trade fair CPhl Worldwide, taking place in Barcelona for the first time this week.  SRS was founded in 1997, it is based in Singapore and operates in 77 countries round the world. It will distribute Nyaditum resae®  in  Angola, Ethiopia, The Philippines, Georgia, Indonesia, Kazakhstan, Myanmar, Nigeria, Papua Nova Guinea, Russia, South-Africa, Thailand, Ukraine, Uzbekistan, China and Vietnam.  This is additional to the agreement already signed with the leading company in the sector in India, Reig Jofre, for the distribution of the product in Europe and in a tablet form on the subcontinent.

"This is a vital qualitative and quantitative expansion in a treatment that will reach more than 5 million people in these countries at a reasonable price," explains Pere-Joan Cardona.  "Although people don't realize TB is a disease of the 21st century; it is endemic in many of the world's cities.  This product will be available to people in developing countries where they may not have access to sufficient healthcare services and they will be able to afford it," he added.

Nyaditum resae® is the fruit of cutting-edge research being carried out in Catalonia by the Experimental Tuberculosis Unit at the IGTP.  The group is internationally acclaimed for their innovative studies of the causes and treatments of tuberculosis and this new product is manufactured from a bacterium that is very similar to the one that causes tuberculosis, but that the body recognizes as a food.  This microorganism Mycobacterium manresensis, is present in drinking water and was identified for the first time by the UTE researchers in the River Cardener in Catalonia in northern Spain.  Clinical trials have shown that Nyaditum resae® generates a protective immune response in people and is suitable for everybody who is at risk of infection regardless of age or general health.

For their work on developing cheap and easily administered products that protect against TB infection in vulnerable populations, the company has been awarded the B-Corp certificate for for-profit companies certified by the nonprofit B Lab for meeting rigorous standards of social and environmental performance, accountability, and transparency (as the campaign slogan says, Best for the World).  Only 12 companies in Spain have been given the certificate, so far.