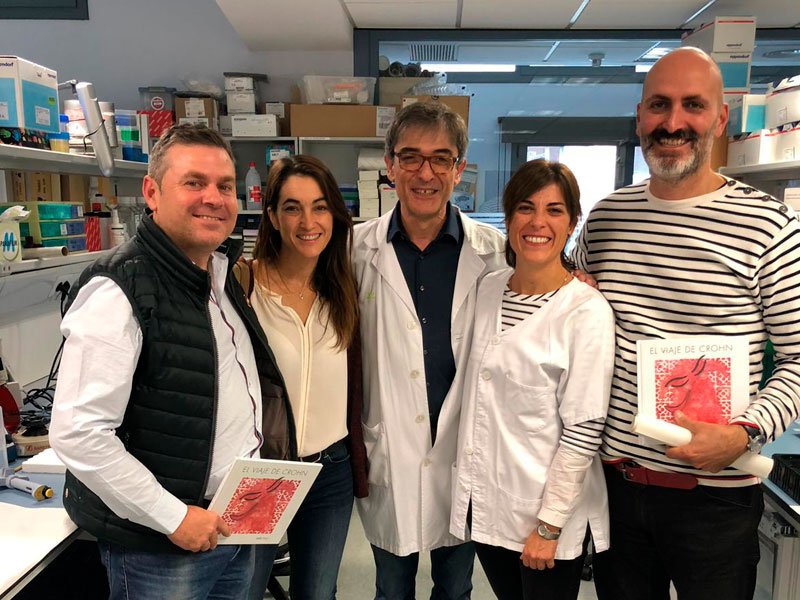 The construction company CBC already has its Christmas present for its staff and clients this year; the children's story "El Viaje de Crohn" (available in Spanish), a book written by Laura Marin a specialist nurse for this type of illness who works in the Digestive Inflammatory Pathology Research Group at the IGTP.  All the proceeds will go towards the group's research effort.

Jose Tarrès and Rafael Calvo, CEO and Marketing Director of CBC respectively visited the IGTP laboratories this weekend.  They heard first hand from the researchers about their most important lines of research mainly centred on Crohn's disease and ulcerative colitis.   The visit coincided with the II Open Day for Inflammatory Bowel Disease Patients, held at the Germans Trias Hospital and the research institute (IGTP) and offering talks to explain the advances in both basic and clinical research. 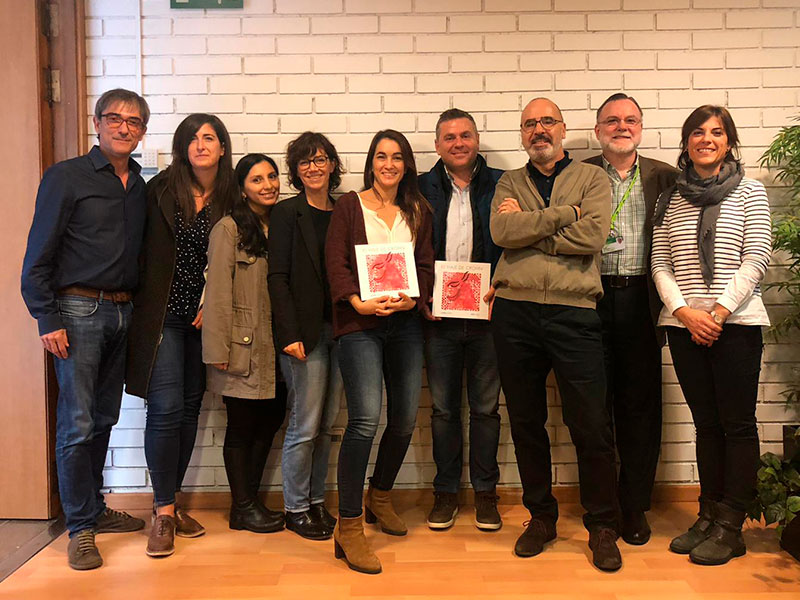 The research group, led by Dr Eugenic Domènech and Josep Manyé, has been carrying out research into inflammatory intestinal diseases on the Can Ruti Campus for more than 25 years.  The group is a national and international reference for research into these diseases.  Thanks to donations, such as that of CBC, whether they are large or small the group continues to advance its research.  In another case of successful micro-funding the group has just issued a report and letter of thanks to all their supporters who joined their campaign of two years ago.

About the children's story

The book "El viaje de Crohn" is a beautifully illustrated book to raise awareness about inflammatory bowel diseases and the proceeds are for research.   The author is nurse and researcher Laura Marín and the illustrator is Inés Valls.   Both have Crohn's disease, like the boy in the story, Niko, a real boy who was diagnosed with Crohn's when he was only 11.