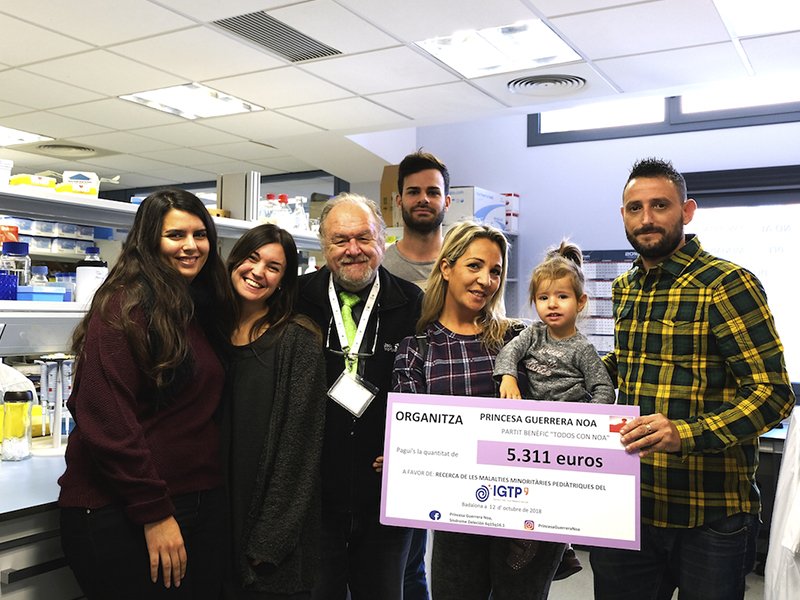 Noa, or Noa Warrior Princess as she is known by her friends and family, is three and a half years old and at the start of this year she was diagnosed with a rare disease.  It is so rare that hers is the only known case in Spain; it is a deletion syndrome (6q15q16.1 deletion syndrome), which means it is caused by a structural anomaly on a chromosome, or the loss of a fragment of DNA.  Since her diagnosis, one of the main priorities of the family is to make the disease more visible through their Facebook page and they have contacted families with similar cases.

So that Noa's case becomes more widely known amongst people who know her, on 12 October the family organized a football match between Unificació Llefià veterans and the Football Club Barcelona veterans in the Municipality of Llefià in Badalona.  "We have never seen the ground so full," explained Cristina Carrera, Noa's mother, who was delightfully surprised to see such a response to their initiative.  "It is our wish to make this visible, so we don't have more cases like Noa and above all, it's important to do research into the disease."  Until now, the disease has been virtually unknown and so the family are collecting money for research at the IGTP through the donations arm, Amics de Can Ruti.